The end of the affair: will Britain now fall out of love with Johnson?

Andy Brown asks, is Boris Johnson on the way out? The PM's irresponsible behaviour over the past year has led to an erosion of trust, which may well be irreparable. Now, having put parliament in an impossible situation, and taken the country to the brink of no deal - in order to negotiate a very bad deal - will he lose his job as prime minister? 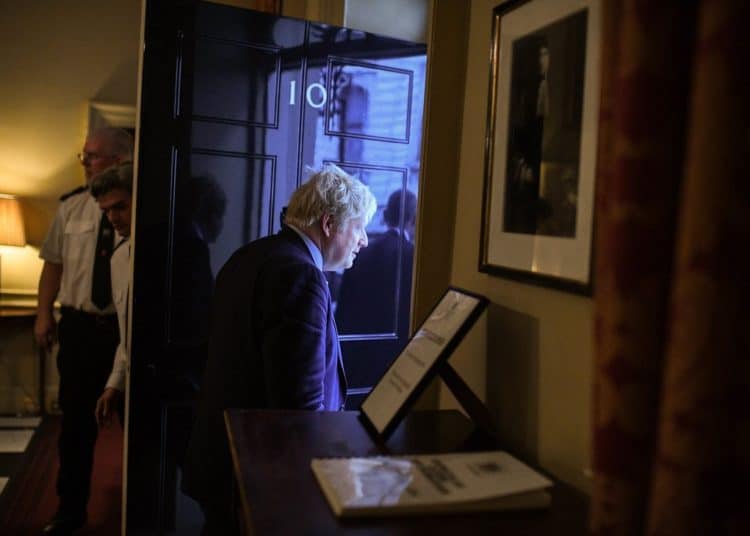 When it comes to negotiations, Boris Johnson has one overwhelming advantage over others. He is not over-burdened with guilt about breaking past commitments or dumping allies. So, the news that he has managed to cobble together a narrow trade agreement with the EU shouldn’t come as a particular surprise to anyone. It’s when they discover what is actually in that agreement that many will get some very unpleasant surprises.

The full extent of Johnson’s tendency to sign complex documents without honestly explaining to the nation what had actually been agreed, first became evident when he signed up to the Northern Ireland protocol just in time to announce to the voters at the 2019 general election that he had sorted the whole Brexit mess out. When the cold detail of what he had actually negotiated emerged, it quickly became clear that it was a very poor deal and a very incomplete one.

For two years, Theresa May had refused point blank to sign any deal that put something resembling a border between Northern Ireland and the rest of the United Kingdom. Johnson meekly signed a binding agreement that effectively placed Northern Ireland inside the EU single market where it would have to obey every EU rule without any say in making any of them. That meant that he also signed up to the equivalent of customs controls on trade moving between two parts of the United Kingdom. Effectively he put up a border in the Irish Sea – a strange idea of protecting sovereignty; a strange way to thank Arlene Foster and the DUP for propping up a Conservative government for so long.

As soon as the election was over Johnson began to regret what he had done; to such an extent, that he solemnly declared that he had signed no such thing and there would be no paperwork on trade between Britain and Northern Ireland. This was shortly before deciding that there were such fundamental problems with what he had actually agreed that he needed to put a bill before parliament, in order to let the nation break an international agreement any time he chose.

This left him in a somewhat peculiar position. People don’t normally do fresh business with someone who has just threatened to rip up and ignore a recently signed agreement with them. Unsurprisingly, the EU proved a touch reluctant to sign up to anything new without some pretty tough rules about how disputes would be resolved. Equally unsurprisingly, Johnson then ditched the legislation that allowed him to break international law, in the hope that this would be seen as a gesture of good will. It wasn’t. It simply served to remind others that he was quite capable of a gigantic act of bad faith.

All of which would not have mattered quite so much if back in November 2019 the terms of an overall post-Brexit trade deal were substantially in place and just needed a bit of tidying up work.

That is essentially the situation that he promised the electorate already existed. He told us we would be able to stop talking about Brexit and that there was no chance of no deal, because he already had a deal – a few weeks after telling Conservative Party members that the chances of no deal were a million to one.

There are many judgments that can reasonably be made about the events of the last few weeks. Concluding that the chances of a ‘no deal’ Brexit were a million to one is not one of them. Instead, we have had the squalid spectacle of a British prime minister asking British businesses to prepare for no deal, days before it was due to happen – without providing them with any details about how no deal would actually work. We also had a British prime minister trying to court the leaders of France and Germany, desperately trying to find anyone who would talk to him behind the back of the trade negotiator that the EU had appointed.

At no point in the 2019 election campaign did Boris Johnson promise the electorate that he would take the country to the brink of a ‘no deal’ disaster and then blithely assure us that we would gain from the clarity that trading on World Trade Organization terms would bring. If he had, he would have lost, and he knows it. Certainty is only helpful if you are certain of something good happening. Not having a deal with your biggest trading partner doesn’t fall into that category. It is more akin to sitting on the Titanic and being certain that you are going to hit the iceberg.

Nor did he tell anyone that there was a risk that he’d be trying to rush a complex and detailed deal through parliament under severe time pressure and with no realistic chance of anything in the deal being renegotiated. All the talk was of bringing back parliamentary sovereignty, not of treating it with contempt.

Any deal between the EU and the UK was always going to be long and complex and contain highly controversial details. Parliamentary scrutiny is meant to be there in order to check over every one of those details and to make sure that they offer the best protections for British people and for British business. Just as scrutiny by the European parliament is meant to offer much the same protections to EU citizens.

How is the sovereign British parliament that we’ve all heard so much about, going to exercise those checks and balances on government if a take it or leave it deal is rushed through? Surely our sovereign parliament deserves better than to be expected to shut up and vote dutifully to back Boris Johnson’s judgment. These are matters that are expected to have a huge influence over life in Britain for decades. Do we really want MPs to vote it through on the basis of nothing more than blind party loyalty, without having the time to properly read the detail?

Those MPs who vote for it better hope that Boris Johnson has a slightly better grasp of what he is asking us all to go along with than he appears to have had a year ago. The rest of us are entitled to rather a lot of doubt.