Dr Pam Jarvis summarises the anger within our schools over the government's chaotic response to the pandemic. Many schools are now shut for Christmas, having just been told they'll be responsible for delivering testing to schoolchildren in the new year. And this follows months of poor and inconsistent advice. 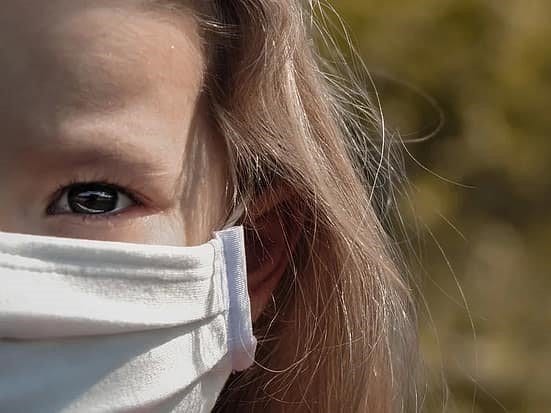 Twelve weeks after schools fully reopened following the first wave of covid-19, the Independent scientific advisory group for emergencies (SAGE) committee published a plan for safer schools that raised many issues that had arisen with respect to both children and teachers’ safety from covid at school. This followed a meticulous analysis of emergent medical and social data.

During the Zoom launch for the report, one speaker concluded that as schools returned in September, the government “abandoned” them, abdicating the responsibility to protect children, families and education staff from infection to teachers, head teachers and parents, without providing them with effective strategies or sufficient funding to do the job.

Such a policy naturally comes down harder on poorer areas, because parents are less able to supplement existing provision. For example, during the first wave, the Department for Education promised laptops for disadvantaged children so they could access online teaching and learning. But most of these failed to materialise, as reported by disgruntled head teachers who took to social media.

Others commented that even if there had been sufficient provision of laptops, it would not wholly address the problem, as the government seemed oblivious of the fact that many children in disadvantaged communities would still be unable to access online materials, as their family’s only access to the internet was on mobile data through pay-as-you-go phone contracts.

There has been increasing concern about the ways in which children living in poverty (now almost one third of the child population) have been disproportionately disadvantaged by the covid pandemic, which has been exacerbated by poor decisions made by the government. And there has been a significant amount of teacher anger about being ‘gaslighted’ about covid in schools for much of the autumn term.

The statistics quoted in the Independent SAGE briefing indicate that schoolchildren are the most infected demographic group in the country, and the more disadvantaged the area, the harder it has been hit by covid. Correspondingly, school attendance rates have been lower in disadvantaged areas as the higher infection rates mean it is more probable children (and of course, teachers) will be infected, or be in close proximity to someone who is, and therefore have to isolate. This lethal combination is intensifying the educational and social inequalities.

Non-covid related absence has also risen sharply in disadvantaged areas, possibly reflecting the greater strain put on families who are not only experiencing the most sickness, but also coping with a much higher mortality rate than more advantaged areas, and greater vulnerability to employment and financial difficulties.

In summary, the daily lives of disadvantaged families are more fragile on a range of fronts than those whose resources allow them greater access to finance, more comfortable and spacious housing, good quality nutrition and a large range of amenities from which children benefit; the difference in access to technology and WiFi has made a huge difference between advantaged and disadvantaged children during the current pandemic.

So what is the government doing to help disadvantaged families, whose lives have been so disproportionately impacted? This does not seem to register significantly in their decision-making.

While the public school Eton and the majority of secondary schools in Basildon have closed early for Christmas due to rising Covid-19 rates, when schools in the Labour-controlled London Boroughs of Islington and Greenwich attempted to do the same, they were formally threatened with legal action, in a document that was so hastily constructed it stated the date as “14th December 2010”.

This was then followed up with a document quoting old data from September/October, to make the disingenuous claim that there was “no evidence of differences in the positivity rate between primary and secondary school teachers, other key workers and other professions”, ignoring the more recent analysis published by Independent SAGE. However, such gaslighting and coercion is now being increasingly called out in the areas of the media not under stringent Tory control.

One effect of the government’s actions is that schoolchildren in the high-risk areas threatened with legal action by the secretary of state for education will have insufficient time to isolate and will therefore be more likely to infect elderly family members over the Christmas holiday than more advantaged peers in fee paying schools and Conservative controlled local authorities. Another is that it has also doomed many teachers to spending Christmas apart from their families.

Head Teachers in areas where schools are forced to remain open, have also now been forced to take the responsibility of informing families if their child is required to isolate up to and including Christmas Eve.

The reason that schools are having to take such heavy responsibility for pupil track and trace is due to the failure of the national test and trace system (for which the government gave out contracts costing around £22bn), allegedly to associates, friends and Conservative Party donors, whose suitability for the role has been stringently questioned by the press.

Today, schools were informed that on children’s return to school after Christmas, teachers will be responsible for carrying out the covid tests on children, an issue which has caused significant alarm.

What we are experiencing is a cascade of negative effects resulting from poor governance. The Johnson administration has engaged in partisan political action against Labour-dominated local authority areas – an accusation previously made by Manchester mayor Andy Burnham and subsequently supported by government documents – and partisan allocation of funds through cronyism (now also being called out in the foreign press). This has led to increasing chaos in our public services, a situation that the BMJ, one of the UK’s most highly respected medical journals, has now deemed “politicisation, ‘corruption’, and suppression of science”.

The result for frontline workers such as teachers, doctors and nurses is that they are left to try to wrestle order from chaos. And it is inevitable that this will be a harder job within the most disadvantaged communities, in which parents have much less ability to pick up the slack. Many public workers are inevitably taking to social media to express their anger.

Meanwhile, as the Christmas holiday approaches, the government has become embroiled in a particularly difficult situation with respect to the appointment of a new children’s commissioner. This is the public official who would normally be expected to champion children’s rights in situations where their interests are not being sufficiently considered by public services and policy makers. As this situation begins to escalate (as I predicted would be likely in a previous article), it becomes inevitable that this is yet another public office that will be tainted by the partisanship of the current government.

Finally, for the first time in its 70-year history, UNICEF has sent food parcels to feed disadvantaged children in the UK, whilst UK billionaires increased their collective fortunes by £25bn during the first lockdown.

Is this the nation we really want to be? And is this the type of society in which we would like our children to grow up? This is a question that many of us will be contemplating as we enter an uncertain and potentially dangerous Christmas under the shadow of Covid-19, with a ‘no deal’ Brexit still threatened at the start of the New Year.