Stella Perrott assesses what we already know from previous inquiries into serious incidents, and what these lessons should be telling us about the lack of Brexit planning. 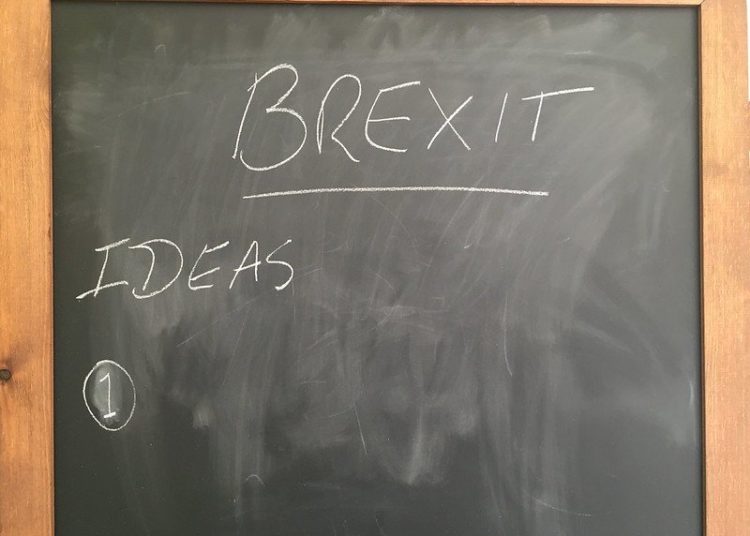 “Brexit – No Ideas?” by jeffdjevdet is licensed under CC BY 2.0

Stella Perrott was a civil servant from 1996 to 2007 and has undertaken a number of inquiries and reviews following public sector failures. Here she assesses what we already know from previous inquiries into serious incidents, and what these lessons should be telling us about the lack of Brexit planning.

To paraphrase Marx, governments do not make history in the circumstances of their own choosing and even the wisest government could not have foreseen that coronavirus would hit precisely as the UK was leaving the EU. Yet, history also tells us that while circumstances change in unexpected ways and many events cannot be foreseen, the conditions in which catastrophes are likely to occur are remarkably similar and stable.

Inquiries into serious incidents – including wars, outbreaks of disease, fires, explosions, polluted water, or injury to vulnerable people – are commissioned where there has been a significant failure in public protection, or there are high levels of public concern about an incident or series of errors. Meta-analyses of inquiry findings identify similar behavioural patterns in organisations and key actors, irrespective of the sector in which the event occurs or the type of incident.

So well documented are the risk factors associated with major disasters, they are incorporated into risk assessment checklists and procedures to avoid them. The management of Brexit currently exhibits the most significant and serious disaster risk factors, and is shaping up to be a catastrophe of monumental proportions. Only unprecedented good luck can now save the UK, there are no preventive tools left in the government’s armoury.

While the government may wish, retrospectively, to attribute any failures in planning for Brexit to coronavirus, it was warned that the world was facing a pandemic in January 2020, and by March almost all Brexit planning had stopped to deal with it. I wrote about government and civil service exhaustion in May and the risks this posed to effective planning. Since then the government has made no effort to replenish either its own or civil servants’ energy or goodwill and has alienated businesses, local government and the EU by refusing to adjust the programme or timetable or manage the consequences of not doing so.

The government’s failure to take account of circumstances and environment is largely because it has been blinded by the ‘rule of optimism’ (or ‘boosterism’ in Johnson’s case), whereby those responsible for decision-making believe things will work out well, simply because they wish it to be so. The rule of optimism prevents decision makers from seeing clearly those elements of a situation that are not going well or to plan, and prevents full scrutiny and exploration of matters that may raise concerns.

This denial of negative possibilities has led to poor or absent risk assessments, another common error. Assessments, checklists, and safety processes are intended to help overcome the rule of optimism, requiring consideration of ‘reasonable worst case’ scenarios both at the outset and as work progresses. There have been some Brexit impact assessments – Operation Yellowhammer, for example – but it seems the findings have been largely ignored, or preparations to mitigate impact have been left too late to be effective. Mostly however, detailed analysis is absent and so the mitigating actions have not been identified.

Additionally, failure to update risk assessments as circumstances change, leads to complacency about the level of risk and environmental changes. Assumptions about how key players will behave are not revisited and adjusted as work progresses. I wrote about this following our discovery that identified risks at local or national level had not been updated to take account of the possibility of a deal with the EU that meant we were no longer part of the customs union or single market. The additional bureaucracy and work had not been factored into the risk assessments, or their impact on food supplies.

The risk literature also tells us that risk assessments are insufficient without risk mitigation plans and resources that are equal to the risk. Too often, organisations shirk the responsibility to plan and resource change, because they know that if they did so, the identified costs would be unacceptable to those with budgetary control. So they mentally downgrade the scale of the task and ‘make do and mend’. This approach has led to the late acknowledgement of the need for, and delays in committing funds to, major infrastructure requirements such as those relating to border controls.

Low expectations and standards is another persistent theme of enquiries. For example, failure to articulate what ‘good enough’ parenting looks like, or how ‘fresh’ fresh water should be – and what action must be taken should parenting or the water supply fall below specified standards – leads to muddling along towards ‘something better’, with patchy or intermittent progress being interpreted as success, and failures being ignored.

The promise of ‘sunlit uplands’ and a ‘great deal’ was never accompanied by a statement of what that would look like in practice, or the steps that would be needed to achieve it. Consequently, the UK’s aspirations for Brexit have slumped to “bad, but not Armageddon” according to one Brexit planner. Unfortunately, if we plan only to avoid Armageddon, the result, at best, can only be marginally short of it and will not withstand a further crisis such as winter flooding or a poor harvest in 2021.

It is often the people closest to the risk whose knowledge and opinions are ignored. Reports of concerns are often treated as malicious, or coming from an untrustworthy source, and it is this latter view that has prevailed with Brexit. The government’s authority hierarchy has discounted the expertise of anyone who voted remain, as well as civil servants, the devolved nations and businesses that have raised concerns. The resultant knowledge vacuum is at the heart of poor decision-making and inappropriate risk management plans, while those who are tasked with making Brexit work are those with the least influence.

Overworked, under-supervised and under-skilled staff are often blamed for errors. They may take shortcuts and circumvent the risk protocols and processes that are designed to prevent this. This can lead to incremental errors and delay, which then become chronic and then catastrophic. As poor practice becomes embedded, and lack of oversight routinised, organisations fail to exercise the deeper consideration the situation warrants.

Civil servants were already exhausted by two ‘no-deal’ cliff edges prior to coronavirus taking hold. Those who had gained knowledge and expertise were disbanded following the government’s closure of the Department for Exiting the EU, and throughout the summer most of the civil service was focused on coronavirus.

This has meant the practicalities of implementing Brexit – even if the nature of the deal had been known – have been left until too late. The government website’s advice for individuals and businesses is totally inadequate, as are the import/export arrangements and preparations to feed the nation. It is the civil service’s job to turn policy into reality, but they are currently woefully equipped to do so. Not only have government ministers failed to support their civil servants, but some have been inordinately hostile. This has resulted in a number of senior officials with years of experience in policy implementation and the EU resigning.

In turn, this has led to a breakdown of trust. Having boxed itself into a corner,

where only the voices of the faithful are received, civil servants and business managers have given up warning the government of the risks to come; their patience having been exhausted many months ago. The government, Johnson and the cabinet, may have only a limited understanding of the disaster that is about to take place if it is fed only positive information.

When Brexit is reviewed in the months and years to come, the inquiry report will undoubtedly find that the civil service and other public bodies are largely responsible for implementation failure. It is clear that the civil service has not prepared adequately; that the risks have not been properly assessed or managed; that it has not helped the world outside Whitehall prepare. An inquiry will find that the country was not ready for implementation.

It will also find that the civil service was too exhausted, too under-staffed and too poorly equipped to manage the process well; they lacked direction and were attempting to implement Brexit in a policy vacuum; they were not listened to, or were undermined or bullied’; and only those bringing good news, no matter how inconsequential, were permitted to speak.

The civil service is fully aware of the likely consequences of Brexit and the extent to which it has been catastrophically managed. Its continued silence runs the risk of complicity in this unfolding disaster and it needs to act now and warn the nation.

The end of the affair: will Britain now fall out of love with Johnson?