John Cole reviews Timothy Garton Ash's recent article entitled "The future of liberalism". If we seek to make the UK and the world more liberal, we are, however, batting against hostile bowling on a difficult wicket in fading light. Victory would gain for all a magnificent trophy. And there are no prizes for giving up. 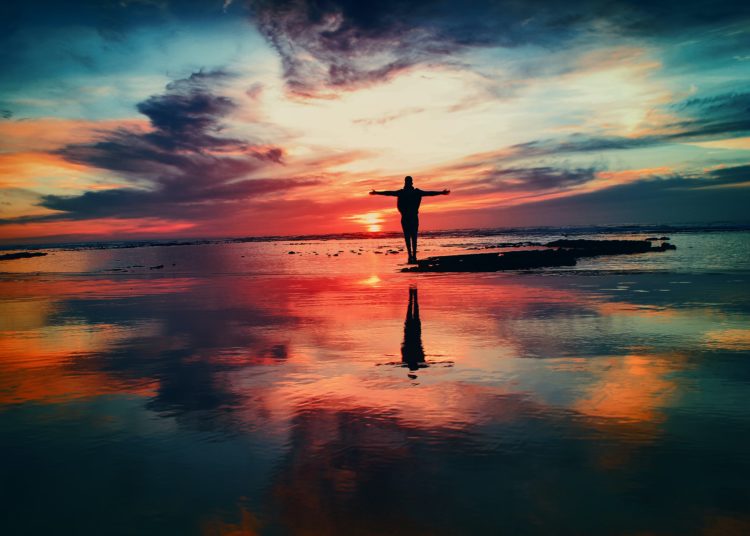 Photo by Mohamed Nohassi on Unsplash

Timothy Garton Ash, professor of European Studies at Oxford University, has an extended article in the current issue of Prospect magazine. Entitled ‘The future of liberalism’, the long essay is wide-ranging and reaches deep into what has happened and is happening to liberalism and liberal democracy in the last thirty years.

Since the political commentator Ian Dunt published ‘How to be a liberal’ earlier this year, there has been a lot of taking stock for liberalism. Both authors remain convinced of the primacy of liberalism as a political philosophy. Indeed, Garton Ash advances the opinion that it offers “an incomparably rich four centuries-long experimental history of a never-ending quest to find the best way for diverse people – or peoples – to live together well in conditions of freedom”.

What are the key tenets of liberalism? Clearly the liberty of the individual (who should not be enslaved by conformity) to which we can add a commitment to equality, free speech, the rule of law and due process, and the devolution of power to the lowest effective level. Liberals are opposed to the concentration of power and wealth. Liberalism is internationalist.

The truth is that liberalism has suffered in the last 30 years and would appear to be somewhat on the defensive, if not in retreat. Whilst 1989 saw the downfall of the Berlin Wall and the collapse of communism in Eastern Europe, subsequent complacency in the West possibly meant that we did not keep our liberal democracy in good repair. As liberalism morphed into neoliberalism, excessive emphasis was placed on the primacy of markets.

In consequence, there was a growth of income inequality, whilst at the same time efforts were made to reduce the role of government. The failure of successive governments to temper the winds of a globalisation that was creating winners and losers gave rise to the ‘left behind’ of the North of England and the US rust belt. It did not help when perceived left-of-centre leaders, such as Bill Clinton and Tony Blair, went swanning off to Davos to pow-wow with the super-rich.

At the same time that liberals were being neglectful, the balance of power internationally was shifting. China has grown hugely in economic strength and has been ruthless in using its new heft. The West has been weakened by the unsuccessful pursuit of regime change in places like Iraq and Afghanistan, by the global financial crisis, and by the election of Donald Trump as president of the United States. And all the while there has been a failure to address climate change. This has not been a good wicket for liberalism to bat on.

Garton Ash’s article does not provide a single silver bullet, but rather suggests a whole series of moderate, modest ways forward. If the ‘left behind’ see themselves, in Garton Ash’s words, as “a majority feeling like a minority”, then liberalism needs to take steps to rebuild civil society and help recreate those institutions such as trade unions, clubs and societies that would play to people’s desire for solidarity and community. Reinvigorating local government and restoring its powers would equally help. Replacing our neo-liberal capitalism with a better ‘stakeholder capitalism’ would see, among other things, worker representatives on company boards.

A subtle point made by the author is the need for well-educated liberals to show more sympathy with and empathy for the ‘left behind’. Liberals must have the imagination to walk in the shoes of those less well educated and less fortunate than themselves. It was presumably frustration that led the extremely well-educated Hillary Clinton in 2016 to dismiss a chunk of Trump supporters as “a basket of deplorables”, but if we wish to douse the flames of the culture war, we should not use petrol.

In an ideal world, education is a facilitator of social mobility, giving the opportunity for the talented and diligent to rise from modest circumstances. In practice, the UK education system is fundamentally elitist, with top universities recruiting from top (private) schools, thus creating an “hereditary meritocracy” (Garton Ash). Education needs higher levels of funding, starting with better early years input (bring back Sure Start) through to primary and secondary levels, so that education’s ‘crucial staircase’ can operate effectively. At the same time, Russell Group universities need to revisit their admissions procedures, to ensure that state-educated pupils are not disadvantaged.

Education is but one inequality. Other significant inequalities can be found within regions of the UK, including huge variations in life expectancy as well as inter-generational inequality; they all need tackling. To do so will require funding; therefore liberals must articulate the case for taxes to be higher. A strong case can be made for a negative income tax, and also for taxes on land such as site value rating. Support grows for a universal basic income (Garton Ash carried out a survey of European opinion and got a 71 percent positive response for a UBI). There is a very strong equity case for going after the funds that the top 1 percent wealth owners have salted away in offshore accounts.

Any attempt by a single political party in the UK to resurrect liberalism will fail. It is vital that those with liberal instincts in all parties be prepared to work across the aisle in this project. Liberals will also be found in religious institutions, civic societies and community groups. The greater the degree of collaboration between these groups, the speedier will be the progress.

But what should be the pace of change? It would seem that older people living away from London or any large city have found the sharp pace of change brought by globalisation difficult to cope with. Hence their cry, “I don’t recognise my country anymore”, that has been exploited by Nigel Farage and his friends. If we seek to promote a liberal restoration, then Garton Ash argues this should be done at a pace that most people can cope with.

What of the international dimension? “The road to hell can be paved with liberal intentions”, Garton Ash tartly comments – for example, as mentioned above, the counterproductive attempts by the West to promote more liberal regimes abroad via wars. Liberal internationalists may instinctively favour the free movement of people around the world and so Garton Ash’s suggestion that the UK should seek to limit that free movement will pull us up short. But he has his reasons.

The first is that it does not help the development of third world countries if their brightest and best end up moving to Europe or the USA. The development economist Paul Collier points out that there are more Sudanese doctors in London than there are in Sudan.

A second reason is to show some understanding of the ‘left behind’ that their concerns have been heard and something is being done about it. But if the UK is to restrict entry for migrants, that creates an increased obligation to, “devote more attention to understanding what really helps countries develop” (Garton Ash). An immediate starting point would be to counter the government’s disgraceful proposed cut to international aid spending, and restore it to 0.7 percent or higher.

If installing Garton Ash’s ‘new liberalism’ domestically means surmounting hurdles, then the hurdles that exist internationally stand even higher. A tipping point has sadly been passed, and there are now more illiberal regimes running the world’s nations than there are those that conform to a greater or lesser extent to liberal norms. To give just one specific pinch point: what relationship does the UK seek to have with China, when there is “a need for deep cooperation as regards climate change and pandemic control” (Garton Ash) at the same time that the UK is having to resist Chinese attempts significantly to undermine human rights?

For Garton Ash, liberalism is “a theoretical treasure trove and practical experience bank”. If we seek to make the UK and the world more liberal, we are, however, batting against hostile bowling on a difficult wicket in fading light. Victory would gain for all a magnificent trophy. And there are no prizes for giving up.

Driving home for Christmas: no port in any storm …