Dr Stella Perrott outlines new changes to the asylum system which make it harder for those fleeing war to come to the country. The new system would look first if there was a "third country" which might accept asylum seekers, essentially gearing the system to send them elsewhere, in a cruel move likely to make lives harder for thousands. 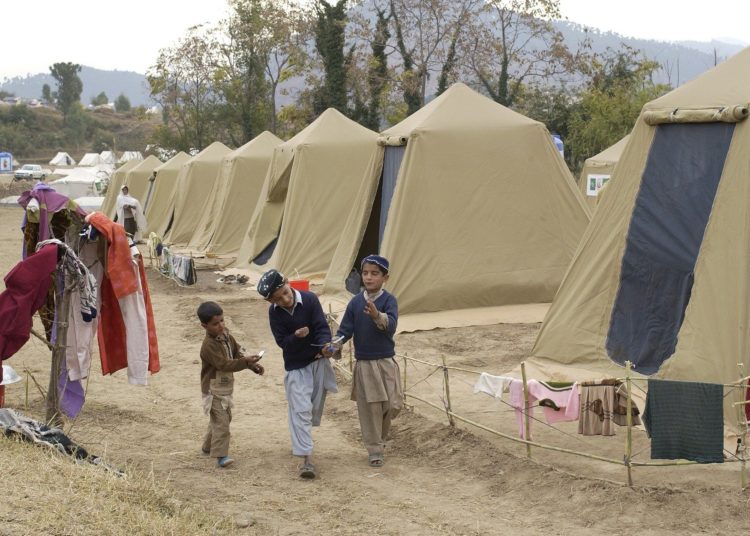 On 10 December 2020 the Home Office published new immigration rules, which will add further cruelties to an already cruel and poorly functioning asylum system. The government states in the “Statement of Changes to the Immigration Rules” that the new arrangements will, “Enhance our capacity to treat as inadmissible to the UK asylum system asylum claims made by those who have passed through or have connections with a safe third country”. It intends that people seeking asylum are denied the right even to make an application.

Currently as an EU member, under the EU Dublin III regulations the government can refuse to hear a claim for asylum and return the claimant to the first safe EU country of entry, if that country agrees. Towards the latter half of 2020, the government increased the number of returns as, after 31 December, we will no longer be able to do this.

The current immigration guidance allows decision-makers to treat asylum claims with scepticism on the basis that the asylum seeker had not sought refuge in the first safe country they entered. The new rules come into force on 1 January. These will allow decision-makers to reject a claim as ‘inadmissible’ if the claimant could have or has made an application in another safe country, or has a substantial connection with another country. In other words, the claim will not even get as far as being ‘substantively considered’.

The key change is that the ‘inadmissibility’ of a claim is no longer dependent on the third country being prepared to readmit the asylum seeker.

It opens up the opportunity of a ‘market’ in refugees where the UK, under these rules, would be permitted to send the refugee “not only to the particular third countries through which the applicant has travelled, but to any safe third country that may agree to receive them”. For example, as a member of the EU, the UK has already been returning refugees that came via Libya back to Libya, and paying its government substantial sums of money to receive them in spite of well-documented abuse of refugees.

The government states that it intends these measures to “deter” asylum seekers from leaving safe countries – though quite how it intends to publicise this change in the rules to would-be asylum seekers living in tents in and around Calais is not clear. Under international law, it cannot refuse asylum solely on the basis of the means of entering the country – which is why the Dublin III arrangements that allow for a return to a safe country have been so important for the UK in their efforts to deny asylum.

Under international law, a country cannot refuse asylum on the basis of the means of entry into the country. The new guidance is attempting to get round this legal difficulty, by refusing to even consider an application until the option of sending the refugee to another country has been exhausted. As the government has failed, so far, to secure the means of returning refugees to safe EU countries, refusing to consider someone for asylum may well be illegal in international law. Given that the UK refuses to accept refugees under the EU dispersal scheme, and takes far fewer refugees than almost any other EU country, it is unlikely that EU countries would agree to accept returns once we leave the EU.

At present, asylum applications are taking an inordinately long time: months and years in many cases. This new guidance will exacerbate matters. It is not yet clear what the status of new asylum seekers will be. If their claims are inadmissible from the outset, they are not ‘asylum seekers’ entitled to protection until a decision has been reached; neither have they ‘failed’ in their claim and can be deported to their home country (or given leave to remain ‘without recourse to public funds’); nor are they ‘illegal’ immigrants who can be deported. It is likely that they will be left in a legal limbo.

The proposals appear to be in breach of UN Convention on Refugees – that refugee status is not determined by method of entry – and so there are likely to be many legal challenges. These challenges will be new and will come before an application for asylum can be heard. It is not clear what form they might take and this is likely to remain unclear until the new measures come into force in a couple of weeks’ time. But however the challenges are made, it will be an additional layer in what is already, in Priti Patel’s words, a “broken immigration system”.

This systemic delay built into the new guidance is not only cruel but will, ultimately, be very costly and will substantially increase the work of immigration and human rights lawyers. By refusing to even start the process of assessing cases, it will also delay the decision-making in respect of those people who have no grounds to claim asylum and might be quickly deported. The Home Office has created a system that it has no means of implementing other than by increasing the number of asylum seekers in the UK whose cases are not being dealt with.