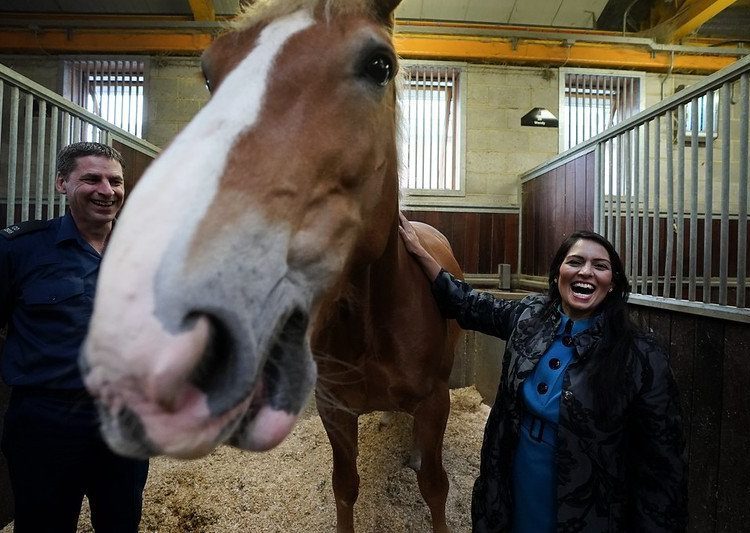 In 1954, Sir Thomas Dugdale, the agriculture minister, resigned from the cabinet following a public enquiry into the Crichel Down affair. This related to his ministry having made a pig’s ear of returning to its former owners seven hundred acres of mediocre agricultural land, compulsorily purchased in 1938 for war purposes. His junior minister, Peter Carrington, also offered to resign, but that offer was refused. Henceforth, ‘Crichel Down’ set a high benchmark in terms of public policy and constitutional propriety as to how ministers were expected to behave.

Move on 28 years to 1982, and we find (the now) Lord Carrington, foreign secretary, resigning over the Argentinian invasion of the Falklands. A later enquiry exonerated Lord Carrington from any responsibility, but the good lord chose to resign as a matter of principle. The invasion had happened on his watch.

Also in 1982, by coincidence, we find Martin Hammond, a housemaster at Eton, writing a letter home to Stanley Johnson about his son, the 17-year-old Boris. Part of the letter reads:

“Boris sometimes seems affronted when criticised for what amounts to a gross failure of responsibility … I think he honestly believes that it is churlish of us not to regard him as an exception, one who should be free of the obligation which binds everyone else.”

Twelve years later, John Major’s government was mired in sleaze – the ‘cash for questions’ issue. In response, Major set up the Committee of Standards in Public Life, headed by Lord Nolan. Nolan set out the Seven Principles of Public Life: integrity, objectivity, accountability, honesty, openness, selflessness and leadership. These, together with the Crichel Down judgment, set a high bar as to how our public servants and elected representatives ought to behave.

However, in the 26 years since, standards have progressively fallen. Perhaps not surprisingly – given his school report – there has been a near-vertical plunge since Johnson became prime minister.

Johnson, Cummings, Gove and the rest of the government fail the test on each of Nolan’s seven principles. Professor Leighton Andrews of Cardiff University in a recent article stated:

“The Nolan era is over. Ministers can perform badly but not be sacked. They can mislead Parliament but escape punishment. Cabinet and other ministers can breach collective responsibility with impunity”.

The current case in point is the prime minister’s reaction to the report by Sir Alex Allan on allegations of bullying made against Priti Patel. Although the report contains caveats pointing to possible extenuating circumstances, the main and clear conclusion was that Priti Patel as home secretary had engaged in bullying behaviour and had intimidated and belittled civil servants.

Under any prime minister other than Johnson, this would have been a resignation issue. However, not only has the prime minister stuck by his home secretary (shades of Cummings and Barnard Castle here), but at the outset of the investigation he flagged up that such was what he intended to do. Number 10 Downing Street issued a statement saying that, “The Prime Minister had concluded that the minster had not breached the code” and that “he considered the matter now closed”.

As we know now – there has been a resignation – that of Sir Alex Allan, hitherto the prime minister’s independent adviser on the ministerial code.

This link takes you to an interview on BBC Radio 4 World at One on Friday 20 November, with Lord O’Donnell (former and much respected head of the civil service). The interview is a revelation and well worth a visit.

Lord O’Donnell confirmed that it is the responsibility of the prime minister to oversee the behaviour of his ministers (in Johnson’s case, rather like putting Winnie the Pooh in charge of the honey pot). He described Allan as “a man of huge integrity” whose past career had included being the head of the Joint Intelligence Committee. It is clear that O’Donnell backs Allan’s judgment, rather than that of Boris.

O’Donnell gives his opinion that, “I would have thought she would have resigned and that the PM would have wanted her to resign”. However, he clarified that “only the PM can order her to”. In this way, O’Donnell was pointing out design flaws in the process. As I have indicated in a previous Yorkshire Bylines piece, governing Britain depends on the ‘good chaps’ theory of government.

Under a strong prime minister of any political party, whether Attlee or even, for all her faults, Margaret Thatcher, Ms Patel would have been out on her ear, or rather never given a cabinet position in the first place. It is a mark of dreadfully fallen standards that Johnson is in Number 10 and Ms Patel remains home secretary.

O’Donnell did not confine himself to the Patel bullying issue, but went on to voice concerns about other matters of public life. These included the two Jenrick issues (favours for a planner, plus £25m handout to his own constituency) and his own concerns about “unregulated appointments” and the letting of procurement contracts.

With regard to the latter, O’Donnell noted a steep rise in senior civil servants requesting written directions from their minister before letting a contract. The background, or subtext, is that whereas normally a civil servant might sign off a contract, when they can see that it is not ‘proper’, or not ‘best value’, they can respect their consciences and protect their own reputation for honest dealing, by passing it to their minister to sign off via a written direction.

All this brings me to an article in the London Review of Books by Peter Geoghegan, entitled ‘Cronyism and Clientelism’. The writer charts the Tories’ outsourcing of the pandemic response. Anyone wanting chapter and verse of how a coach and horses is daily driven through the Nolan Principles should read this article – it is magisterial.

Two sentences that particularly caught my eye are comments to Geoghegan off the record from a Conservative back-bencher of his own government:

“They are so corrupt … Which I almost would not mind if they weren’t so crap at it”.

Readers should note – the only recorded instance of Boris Johnson ever raising the bar on anything is when he was limbo dancing.