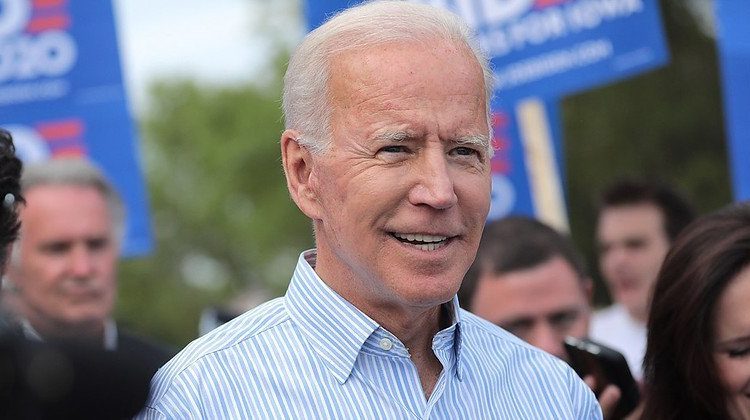 Those listening to President-elect Joe Biden’s victory speech last weekend would have heard him make a fleeting reference to his vision for resetting US foreign policy and renewing America’s global leadership. “Tonight”, he said, “the whole world is watching America. I believe at our best, America is a beacon for the globe. And we lead not by the example of our power, but by the power of our example”.

But what did he mean by this?

The last line is, in fact, a direct reference to a speech he gave in the summer of 2019 in New York, and to an article he wrote in March 2020 in Foreign Affairs magazine. The two interventions were designed to set out a blueprint – should he be elected president – for rescuing US foreign policy after Trump, by renewing America’s global leadership in tackling pressing concerns such as resurgent nationalism and populism, backsliding on human rights, the threat of climate change, and the fight against corruption.

The meaning of the phrase “we lead not by the example of our power, but by the power of our example” is clearly elaborated in both the speech and the article. It refers to Biden’s determination that the US will not be able to convince other countries to act to strengthen democracy, protect human rights and fight climate change, if the US itself is failing in these areas. Thus, under President-elect Biden, the US will first work to ‘get its own house in order’. It will do this by rebuilding American democracy, by better protecting the rights of all Americans without discrimination, and by making “massive, urgent investments that put the United States on track to have a clean energy economy with net-zero emissions by 2050”. The aim is to use that example to lead the world to finally confront these critical challenges at international level.

“…the power of our example”

In his article, Biden describes how the challenges facing the US and indeed the world have become both “complex” and “urgent”, while growing forces of authoritarianism, nationalism, and illiberalism have hindered a collective response. Democracies have allowed corruption and inequality to thrive and have lost the trust of their people, allowing “demagogues” like Trump to take personal advantage.

As noted above, to begin to reverse these trends, Biden intends “first and foremost” to act to repair and reinvigorate America’s democracy. He argues that the United States’ ability to be a force for progress in the world, and to mobilise collective action, starts at home, for example by ensuring equality in education and before the law, and by restoring the Voting Rights Act.

He also refers to what he sees as the need to ensure that the message coming from the White House is one of renewed respect for democratic values such as press freedom and judicial independence.

Building from these crucial steps, Biden states that his administration will then seek to reassert democratic and human rights values (what he calls America’s core values) in its dealings with the wider world. Immediate actions, he says, will include ending the separation of children from parents at the border and the ban on travellers from designated countries. There will also be a willing recognition of the US’s responsibility to accept refugees. He commits to banning torture, ensuring military transparency and to “lifting up women and girls around the world”.

Having taken these essential steps to reinforce the democratic foundation of the United States and inspire action in others, President-elect Biden intends to “invite my fellow democratic leaders around the world to put strengthening democracy back on the global agenda”.

The need for this arises from the fact that 22 of the 41 countries ranked as ‘free’ in 1985 have experienced reduced freedoms since 2005, while in countries across the world citizens have been on the streets protesting against corruption and demanding better government. Biden laments the fact that in looking to the US for a guiding example, people have seen that “Trump seems to be on the other team”. He has led what Biden describes as “the most corrupt administration in modern American history” and shown more favour to autocratic leaders than democratic ones.

As a starting point in a commitment to lead the ‘fightback’, Biden has committed to organise, during his first year in office, a global Summit for Democracy “to renew the spirit and shared purpose of the nations of the free world”. This would aim to secure commitments on the part of all participating countries to “fighting corruption, defending against authoritarianism, and advancing human rights in their own nations and abroad”. To set an example, Biden says he will make the combating of corruption in the US a “core national security interest”. He promises in particular to lead international efforts “to bring transparency to the global financial system, go after illicit tax havens, seize stolen assets, and make it more difficult for leaders who steal from their people to hide behind anonymous front companies”.

Biden promises that the summit will also include civil society organisations crucial to the maintenance of democracy, for example technology companies and social media giants, whose vital support for free speech must not, he says, give free rein to the spreading of lies, hate and misinformation.

What does this mean for US-UK relations?

The UK is one of America’s closest and most trusted allies, and that will not change, irrespective of who is in the White House or in Number 10 Downing Street. That said, there is little doubt that on a personal and a substantive (policy) level, the US-UK relationship will be chillier than at any time in recent memory.

The personal dynamics between Mr Johnson and Mr Biden and his team are, to put it mildly, unpromising. The prime minister’s insulting remarks four years ago, about Barack Obama’s ‘Kenyan ancestry’, have not been forgotten. Mr Johnson seems to be viewed by many senior Democrats as a kind of pound-shop Donald Trump. There is also little regard for the consistency or sincerity with which Mr Johnson holds his views.

At the weekend, when the prime minister instagrammed his congratulations to Mr Biden on his victory, a Biden ally witheringly referred to Mr Johnson as “this shape-shifting creep”. It will not have gone unnoticed by US diplomats that the UK government’s initial congratulatory message to Biden and his running mate Kamala Harris, appeared to cast doubt on the legitimacy of the election result by noting that “processes are still playing out”; and that Boris Johnson’s own message, when it eventually came (late), appeared to contain a hidden message congratulating Donald Trump for winning a second term in office.

However, more important than personal chemistry (or a lack thereof), are Biden’s views on Brexit – Boris Johnson’s flagship policy (indeed, perhaps his only policy). The president-elect judges the UK’s departure from the EU to be a damaging act of self-isolation: strategically unwise for Britain and unhelpful to American interests in Europe. More specifically, Biden is known to be deeply concerned about the possible implications of Brexit for the Good Friday Agreement (GFA) and peace on the island of Ireland.

This autumn, he was forthright on the subject of the government’s controversial internal market bill. The proposed legislation effectively reneges on a legally binding protocol signed with the EU, which would impose customs checks on goods travelling between Britain and Northern Ireland. In doing so, it summons up the spectre of a hard border on the island of Ireland, undermining the GFA. Mr Biden is adamant that the agreement must not “become a casualty of Brexit”. He is known to have conveyed that message, in forceful terms, during his first telephone conversation with Mr Johnson earlier this week.

Beyond Brexit, President-elect Biden’s foreign policy priorities contain important warning bells for Boris Johnson and his political allies from the Vote Leave campaign. When expressing his determination to fight back against the forces of populism, nationalism and illiberalism, to tackle political corruption and inequality, to defend press freedom, judicial independence and the rule of law, and to promote and protect the integrity of democratic elections in the digital age, Biden is not only sending a message to autocrats like Vladimir Putin and Xi Jinping, but also to populist leaders in ostensibly democratic societies like Victor Orban, Jair Bolsonaro, Narendra Modi and … Boris Johnson.