It was only two years after the events that the inquiry began to ask the important questions about the Grenfell Tower disaster. 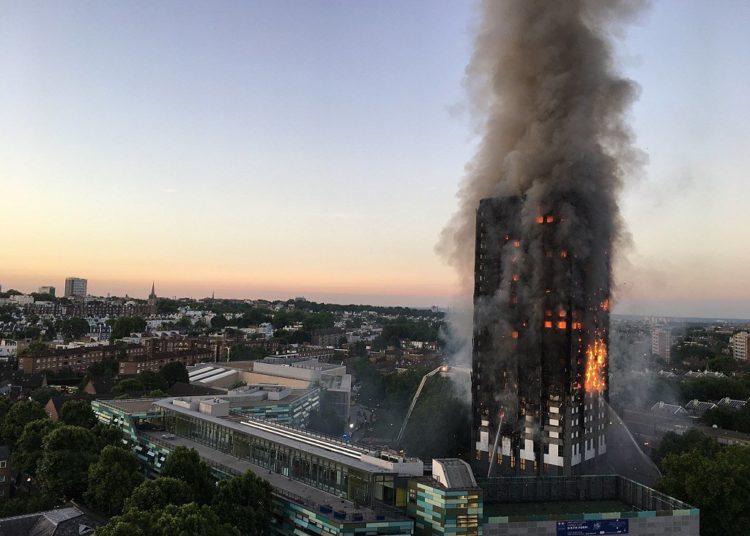 One of the reasons that cynicism has entered politics quite so strongly in recent years is the way most politicians respond to serious problems. The pattern is all too familiar. A horrible disaster strikes. It is announced that an inquiry will be organised to get to the bottom of the issues and make sure it “never happens again”. Then the inquiry trundles on for years and, after the political pressures have calmed down, some weak recommendations emerge. Those are then further watered down by the government and business gets back to normal.

That pattern seems to be being followed in a particularly unpleasant way by the inquiry into the Grenfell Tower tragedy. It is now over three years since 72 people died in the worst UK residential fire since the Second World War. The first stage of the inquiry into the fire did manage eventually to produce a report, over two years after the fire. Unfortunately, its prime focus was on events on the night. It didn’t even begin to look into the issue of why and how building regulators signed off an unsafe building.

It was only two years after the events that the inquiry began to ask the important questions. The most significant of these being, why did the government decide to allow building firms and cladding manufacturers to hire their own inspectors?

In other words, the inquiry has conducted an in-depth rigorous examination of the decisions made by firefighters and their managers under extreme pressure in an unprecedented emergency. But after three years, it has failed to produce any conclusions about the decision of Her Majesty’s government to introduce a reckless policy of de-regulation.

That statement needs thinking about at length.

The need for rigorous inspection of building materials and building methods by independent authorities has been recognised since Babylonians times, when mud bricks were first stamped with the marks of the manufacturers. Ancient Rome had rules about how tall buildings could be. In the thousands of years in which building regulations have existed, I am not aware of a single example of the authorities believing that it is a good idea to allow a builder to hire their own regulator. Until an extreme faith in free market economics began to dominate the thinking of the British government.

As soon as you allow building companies to have their work signed off by someone they’ve chosen to hire, there is an obvious risk that any inspectors with a reputation for being rigorous won’t get hired. They are effectively paying someone to mark their homework.

A proper investigation into the Grenfell Tower disaster would have quickly identified this as the prime reason why cladding was manufactured and sold that caught fire easily. It would have identified why, when it was fitted to buildings, no one stopped the work and insisted that better materials must be used. And it would have identified why the cladding was fitted so badly that flames could rapidly move up the building. It might also have concluded that poor supervision and cost cutting is the most likely explanation of why a high-rise building remained occupied after residents expressed fears about its safety to their landlord.

None of this is the blame of the firefighters who told people to stay in their flats during a fire. If a high-rise building is constructed properly, then it is normally much safer to stay put and wait to be rescued than to try and work your way down a staircase and risk smoke inhalation. How were they supposed to know that the building inspection system was so shoddy that it wasn’t safe to follow the advice they had been taught to give?

The builders and the inspectors – who were part of the flawed system that signed off the death trap of Grenfell Tower – could and should have known. Too many of them were focused on the need to turn a profit on their business. Incredibly, many of the people who might reasonably be thought to have carried the highest level of guilt refused to give evidence to the inquiry, in case they incriminated themselves or became liable for compensation costs if the company they worked for was found guilty. Even more incredibly, the chair of the inquiry had to grant many of them exemption from prosecution to get them to give evidence to the second stage of the, still uncompleted, inquiry.

But the most incredible thing of all, is that the government that set up a system that killed people and left billions of pounds of damage to be repaired, has not yet accepted the remotest responsibility for the ideological choices that led to disaster. Instead, they have left the systems in place that allow building companies to hire their own inspectors. To this day, there is no requirement for a building in Britain to be properly inspected by an independent expert with no financial connection to the company doing the work.

It is possible that the Grenfell inquiry will eventually get round to reporting many or all of the obvious system flaws that led to so many horrible deaths. But if and when it does, it will be long after the public’s sharp awareness of the significance of the event has weakened. New events will have captured our attention – such as Brexit, the US election fallout or the Covid-19 pandemic.

All of which means that the government may well be able to ignore the concerns of the survivors, or the relatives of the dead, or the people who have been left with huge bills to fix cladding problems in flats they bought believing the UK to have a proper safety inspection system. And a little bit more of the faith of the British public in British justice and decent British politics will have been destroyed.

Meanwhile, the government has taken some action on the issue of fire safety in high-rise buildings. Unfortunately, it’s in the wrong direction. The Fire Brigade Union has just released figures telling us that there are now 11,237 fewer firefighters and fire control room staff working in the UK than in 2010. Which means fire services will not be able to deal with more than one emergency at a time this winter.