The risk is that when the time comes to emerge safely from our homes again, live events will have disappeared for ever into virtual space 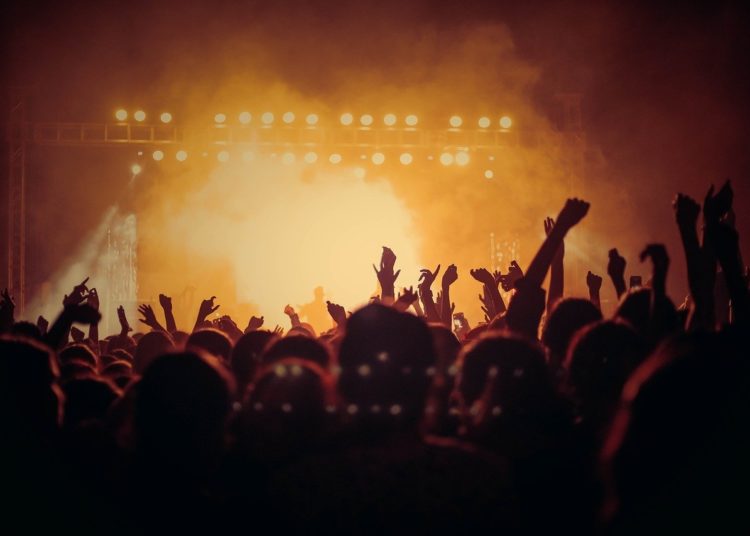 Image by thekaleidoscope for pixabay

Measures introduced by Chancellor Rishi Sunak, MP for Richmond, have until now prevented mass unemployment and kept many businesses afloat. However, not everyone is equal when it comes to a place in the lifeboat.

Many self-employed, for example, have not been given a seat – as highlighted by the campaign group #ExcludedUK. And despite creating employment opportunities and contributing huge amounts of tax to the Exchequer, another area being left to flounder is the exhibitions and events sector. Events such as trade fairs, antiques fairs and industry gatherings have either been cancelled or are online only, leaving many dependent businesses facing imminent financial ruin.

One of the many businesses affected by the shut-down of large events and exhibitions is Skyline Whitespace, run by Mary Cole, a company that creates and builds exhibition stands. The company previously employed 52 people and had a turnover of £7.8m. A glance at the website reveals the range of projects the company has undertaken on behalf of businesses across the country and internationally.

Skyline Whitespace was one of the signatories to an open letter sent by the Event Industry Alliance (EIA) to the prime minister and the chancellor last month. It spelled out the sector’s contribution to the economy: it directly employs 600,000 people, supports an additional 180,000 businesses across the country, helps exhibiting companies to grow sales and exports, and in 2019 generated £70bn of economic impact.

This year, the ban on large gatherings since March has meant businesses such as Mary’s have been unable to trade normally, and the promised restart date of 1 October was further delayed by six months. This is in contrast to the approach taken (at least prior to the latest rise in cases) by other countries, for example France and Germany, where, as the EIA letter points out, Covid-secure events were allowed to go ahead.

Many businesses in the sector will have been supported by the chancellor’s job retention scheme, and indeed many of Mary Cole’s employees have been on furlough. However, as she points out, while it seemed like a “godsend” to begin with, she realised, “It doesn’t help the business. It pays the staff and they all do well, but we cannot use the staff. Anyone we need to work we pay full salary”.

Help for businesses themselves was offered in terms of grants and loans. Skyline Whitespace was eligible for a grant in terms of company size, turnover and staff numbers, but the company exceeded the ceiling with regard to business rates, which at £51,000 was less than they have to pay for premises large enough to accommodate the stands and other hardware they create for exhibition displays.

A loan was then the only option, pursued under the Coronavirus Business Interruption Loan Scheme (CBILS). This provides a short-term bailout but must be paid back, with only the first year being interest-free. As a result of an error by her bank, Mary was prevented from borrowing as much as she actually needed. Now, with the error acknowledged, a further loan is possible but is being offered at higher interest rates. Meanwhile, debt is accruing in terms of deferred overheads. This is hard to take for a successful business, when, as Mary says, loan schemes such as the Bounce Back Loan Scheme “have been completely abused by people taking the money and then winding up their businesses which were already defunct”, a statement supported by an investigation by the National Audit Office.

Mary’s company has managed to stay alive by adapting to providing social distancing solutions, virtual solutions and an online shop, providing work for a small, core team of staff. However, she has had to lay off the majority of her workforce, a process doubtless being repeated in other companies dependent on events and exhibitions, affecting, for example, caterers, cleaners and lighting engineers.  The resumption of lockdown has been accompanied by the announcement of an extension to furlough, but this will have come too late for many. It is also just a temporary reprieve for businesses who will still be unable to trade when this lockdown ends.

Mary Cole’s overall feeling is that the sector is being treated unfairly. She notes that a nearby company offering similar services for concerts and live bands, was recently awarded £260,000 under the £257m grant allocated by the government to arts organisations and venues. Access to such a sum would allow Mary to save 50 jobs and see her business through to the second quarter next year when exhibitions and events are likely to resume.

In a plea to the government for help for the sector, the EIA’s letter set out a request for an “Events Industry Hibernation Support Package”, arguing that, if this is not forthcoming, “vital parts of the ecosystem needed to resume events in the UK will cease to exist in the coming weeks, with catastrophic employment consequences”, representing a huge loss to the economy and damaging the vital marketing and sales support offered by the industry to UK businesses. The EIA also argues that they have all the necessary safety precautions in place to be allowed to reopen as soon as possible.

A gloomy article by Natalka Antoniuk on the Small Business website asks, “Are we witnessing the death of the events industry?” If you are connected to a business which has had a trade fair show-case, or if you have attended a large conference or exhibition, whether in Harrogate or elsewhere, and know how useful and enjoyable these can be, then we need to be prepared to put pressure on our MPs and on the chancellor to make sure this doesn’t happen. Otherwise, the risk is that when the time comes to emerge safely from our homes again, live events will have disappeared for ever into virtual space.