A tale of two cities: the state of Sheffield

This Friday sees the annual State of Sheffield event, an opportunity for Sheffield City Partnership to showcase its work of the last year, and for people across the city to identify and shape plans for the future. 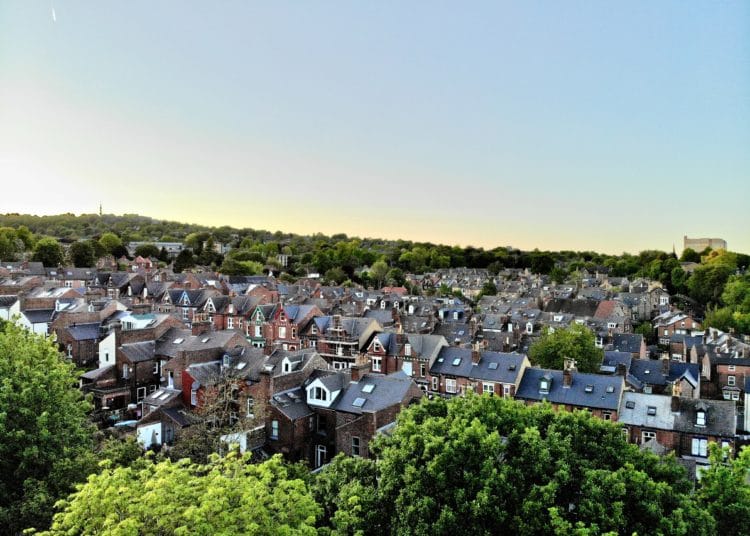 Photo by Benjamin Elliott on Unsplash

This Friday sees the annual State of Sheffield event, an opportunity for Sheffield City Partnership to showcase its work of the last year, and for people across the city to identify and shape plans for the future.

Unsurprisingly, the unprecedented challenges of coronavirus have meant this year’s report is focusing on what life has been like for Sheffielders during the pandemic and on understanding the impacts from the perspective of different communities. At the forefront of this will be the effect on those who have been least resilient and able to deal with the consequences.

With Sheffield, as ever, this will be a tale of two cities. For some in the city, the last five months will be a tale primarily of holidays lost, friends not seen, parents not visited, endless Zoom meetings and the opportunity to work from home in your PJs. But for others in Sheffield this has been nothing other than an unimaginable nightmare. It’s affected people from all parts of the city in so many different ways, irrespective of postcode.

For a start, there have been not just those furloughed but those who have lost their jobs. According to the Joseph Rowntree Foundation, across the country there are at least 730,000 fewer people in work since March. As reported in The Star on 19 August, the Office for National Statistics data show that 23,150 people were claiming out-of-work benefits in Sheffield as of July 9, compared with just 11,865 in early March. That’s 6 percent of the working-age population, up from 3.1 percent – a doubling of the numbers in less than five months.

This is likely to get worse, not better, especially when furlough finishes at the end of October. According to the Guardian the Chartered Institute of Personnel and Development reckons as many as a third of UK employers expect to cut jobs by October. This, coupled with a Bank of England forecast of a dramatic downturn in the economy, spells disaster for some and makes Sheffield particularly vulnerable if you read the most recent report commissioned by Sheffield TUC.

This report is based on research and stats that cover the Sheffield City Region – an area that includes Barnsley, Doncaster, Rotherham and Sheffield. It is hard to make the definitive claim on the back of this report that Sheffield is “the low pay capital of the UK”, but the fact remains that low pay and precarious existence across a range of sectors is a feature of the city’s economy. As we head towards autumn, that makes for an unhealthy dose of uncertainty for many of those currently in employment in Sheffield in these vulnerable jobs.

None of this is new and Sheffield Council has been doing its own thinking on poverty, launching the ‘tackling poverty strategy’ in 2015 that has been recently refreshed to create targets for the next 10 years. A lot of that thinking was stimulated by the work of Sheffield’s Fairness Commission that published their report in 2013, now captured in the Our Fair City campaign.

Partnerships have been struck to ensure a strategic city-wide approach to tackling poverty. There have also been some important initiatives such as: the Sheffield City Council Living Wage Foundation accreditation; partner work towards becoming a living wage city; an ethical procurement policy and work with anchor institutions on progressive procurement; and fair employment practices and the TUC’s ‘great jobs’ agenda.

But as acknowledged in the strategy on tackling poverty, this is such a hard nut to crack. In 2019, over 36,000 (26.5 percent) children were living in poverty across Sheffield. Within some parts of Sheffield that proportion of children is much higher. For example, in Burngreave (53 percent), central ward (48 percent) and Manor Castle (47 percent). Deprivation in Sheffield has become much more polarised as the effects of austerity are felt, with nearly a quarter of communities now in the 10 percent most deprived in the country.

Of course, that was last year and come 2020 coronavirus had different plans. It’s been hard enough in the last few years for cash-strapped councils, but the pandemic has cut councils off at the knees with some now facing bankruptcy. Sheffield Council has been allocated £34.37m so far (according to The Star) but it is estimated that there will be a shortfall of £16m – £27 per person – unless there is further help. And the longer coronavirus remains in our community, the longer revenue-generating streams such as City Hall and leisure centres remain closed.

It’s not just about hard cash. The pandemic has also taken the most vulnerable away from point of contacts that are literally lifesaving. At risk children are no longer seen by teachers because there is no school, and those who have suffered domestic abuse have been trapped because of lockdown and social distancing. The August newsletter from Sheffield Church Action on Poverty talks of the devastating impact Covid-19 has had on food banks, with Susan White and Nicola Vinall from Fir Vale food bank saying that, “the social aspect of our work was the first thing to go and will likely be the last thing we can put in place”.

The increase in the take up of food parcels has been well documented (the Trussell Trust saw an 89 percent increase in the need for emergency food parcels during April 2020 from the previous year). But food banks don’t just provide food – they help address social isolation, provide emotional support and signpost people to other agencies and organisations who can help, such as Citizens Advice or Shelter. With lockdown and social distancing, all that has gone. And it is obvious that people are falling through the gaps.

Child Poverty Action Group (CPAG) is so concerned about coronavirus resulting in people “falling through the gaps” they have set up an early warning system to monitor and report on these potential gaps. The biggest gap of them all is that created by universal credit – the main benefit available to low-income families – and the huge amount of confusion caused with new rules and new forms of support.

There are gaps in financial protection for some bereaved claimants, gaps for students, migrants and EU nationals without right to remain (who simply cannot claim), and ill and disabled claimants are losing out due to delays in work capability assessments. According to CPAG’s latest blog, increasing the universal credit standard allowance and local housing allowance has meant more and more families are finding their benefits capped, even if they then lose their job or find their hours reduced. Moreover, July saw benefit-related debt recovery re-starting, which for the most financially vulnerable will be a challenge.

None of this is unique to Sheffield. Poverty exists across the UK. Inequality exists across the UK – indeed the UK has a very high level of income inequality compared with other developed countries according to the Equality Trust. But the glaring disparities in Sheffield are well documented and Sheffield’s Fairness Commission was established in part to address this head on. It has not been shy in acknowledging the scale of the problem or the depth of the inequalities.

It is really important for the State of Sheffield event to expose, among other things, these still persistent inequalities and poverty. This will give much food for thought for the politicians and Our Fair City campaign. It is also a chance to collectively respond, and ultimately plan to rebuild and recover. But however much the city plans, it still needs the government to make the benefit system fairer, to target support for those most vulnerable in the employment market and support cash-struck authorities. Sheffield City Partnership is keen to use the event to “bring together what we know in one place”. But knowing something and being able to do something about it are two different things. The government will need to listen – and act – on whatever comes out from this event.