Jane Thomas looks ahead to Operation Capstone, a dry run for a no deal Brexit, and the problems facing the government. Already companies are bracing for a potential no deal, and Operation Capstone may well reveal significant gaps in the current preparations. 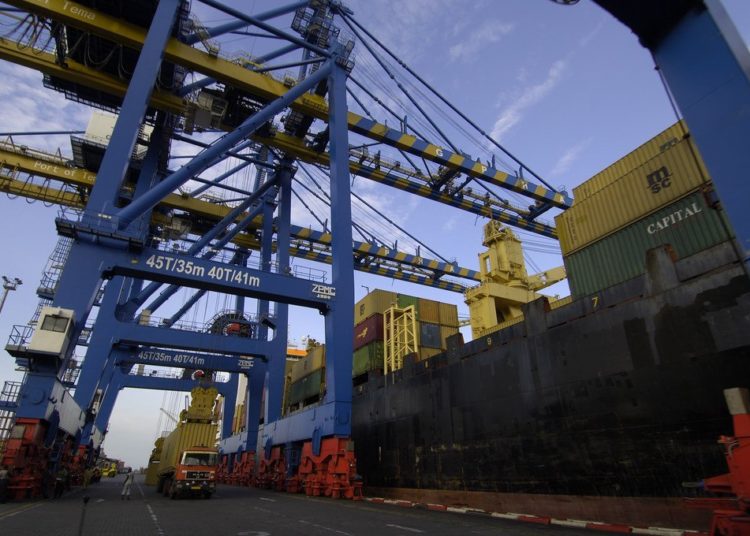 The government is taking the Christmas rush to a new extreme this Wednesday, when it will test the country’s readiness for a ‘no deal’ scenario with Operation Capstone. In what the Daily Mail is referring to as a “war game” scenario, the exercise will mock the worst case scenarios of a ‘no deal’ exit from the EU, to test things like border disruption and fishing boats entering the UK’s waters illegally.

According to the paper, this will be one of the biggest peacetime operations and will include the combined forces of the police, border guards, customs officials and military personnel to help keep the UK moving.

Whoever dreamed up the name for the operation possibly should have done their homework. Google Operation Capstone and you find, according to the Washington Times, this was a name given to a two-year undercover investigation led by the US Customs Service into the drug and money-laundering activities of the Colombian cartels.

Just what this Operation Capstone is hoping to smash is unclear. One thing is clear though: they certainly have their work cut out.

Already the government has had to plan for inland border controls to handle the volume of new checks that will be required, deal or no deal, just to keep traffic flowing to and from the ports. A 27-acre lorry park off the M20 still needs to be completed, to address the prospect of huge queues caused by lengthy border checks at Dover. An additional 50,000 customs officers have to be recruited, to complete an estimated 260 million new customs declarations annually.

Planning for Brexit was always going to be a challenge. Christmas and a worldwide pandemic are taking this to new levels. As a threat of ‘no deal’ hangs over the heads of British businesses, many have decided to stockpile while they can, to avoid the expected tariffs that will come in from 1 January.

Last week, the Guardian reported that Brexit stockpiling was responsible for ten-mile lorry queues and delays of up to five hours in Calais, with an estimated 50 percent more heavy goods vehicles on the approach roads to the French port and Eurotunnel. This is causing delays not just to Santa, but to key businesses also – Honda temporarily halted production last week because of parts shortages, and Ikea told the Guardian it was experiencing “operational challenges” as shipments of its flat-pack furniture are held up at clogged ports.

There have been similar scenes this side of the channel. Last week, Kent Online reported big queues at Dover and the Eurotunnel, which hauliers were putting down to the pre-Christmas rush, stockpiling and coronavirus vaccine delivery. Dover TAP, short for traffic assessment project, was implemented to try to mitigate for the delays on the M20 coast bound between junctions 11 and 11a, due to high volumes of freight traffic heading towards Eurotunnel.

This does not bode well for the smooth flow of medicines in and out of the country – something that you really need to get right at the height of a pandemic. According to ITV News, some 45 million packs of medicines move from the UK to the EU and 37 million come back the other way every month. They reported this weekend that medical suppliers have been encouraged to try to stockpile six weeks’ worth of medicine, with the Department of Health and Social Care describing such actions as a “key part of contingency plans”. How you stock pile crucial medicines such as insulin, which has a short shelf life, is going to be a significant issue.

Finally, the Sunday Times yesterday reported that supermarkets are this weekend stockpiling food and other goods, after being told by ministers that a ‘no deal’ Brexit is on the cards. Some food shortages could last as long as three months according to the paper.

And this is supposedly the calm before the storm. Remember that some key customs systems are still not yet live, while others are still in development and testing. In other words, those who we rely on to bring our food and medicines from abroad, or sell our goods overseas, still haven’t got all the necessary software needed at our new border controls. We leave in 17 days.

Still, Wednesday will show us what needs to be done to fix the problems. That will give the government a healthy 15 days to resolve all this – with just the small matter of Christmas and a mass vaccine programme to the whole country to sort at the same time. Fingers crossed Operation Capstone doesn’t turn into Operation Slapstick.

Is Lord Frost responsible for the chill descending over the trade talks?