Without an effective test, trace isolate programme – and with the abject failure to deal with what happens at our borders to stop the international flow of the virus. 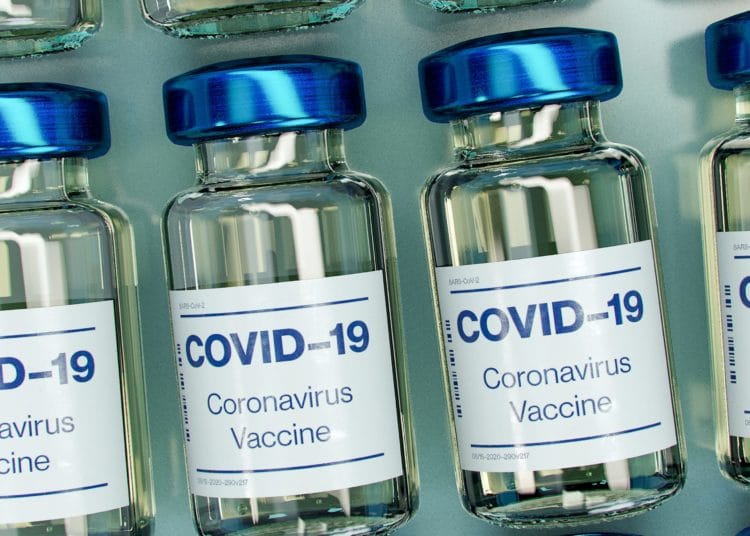 Photo by Daniel Schludi on Unsplash

Yesterday’s news that GP practices in both the North East and Yorkshire are having their supply of vaccines halved next week has alarmed many.

According to the Health Service Journal, next week both regions will only receive around 100,000 doses down from about 200,000 this week. It appears that this is both a product of success with both regions vaccinating quicker than other parts of the country, but also the postcode lottery of distribution. And as Jennifer Williams from Manchester Evening News notes in her tweet, the over-centralising tendencies and secrecy is still evident in the government’s handling of the pandemic.

The Yorkshire Post  covered the story yesterday, quoting Dr Richard Vautrey, a Leeds GP and British Medical Association GP committee chair, saying the government needed to be “far more honest and transparent” about vaccine supplies and to provide clear justification about where they were being sent.

The continued lack of transparency is not helping matters. At the Public Affairs Committee on 11 January this year Sir Simon Stevens, chief executive of the NHS, promised a localised breakdown of data on the vaccines would appear within 10 days. Pressed by Richard Holden MP, he committed the NHS to publish more regional and local authority data stating.

Sir Simon Stevens: “We aim to do that within the next week or 10 days so that people can see how their own uptake is going”.

Mr Holden: “So just to be clear, we can expect those national breakdowns of the vaccines from today, and then within the next week to 10 days the localised data that we asked for”

As of yesterday, the NHS will be publishing daily the number of vaccinations administered in hospital hubs, local vaccination service sites such as GP practices, and vaccination centres at a regional level, but there’s still no local authority data. And as we know it is at this level where interventions and coordination make all the difference with the pandemic.

More worrying though, is the level of supply of the vaccines. As the Health Service Journal suggested, reduction in deliveries to the region could also be due to problems with national supply from manufacturers. Yesterday, Health Secretary Matt Hancock told the Commons “The challenge to supply is, essentially, that we have a lumpy supply”.

This of course raises questions of whether the government can now meet its target of 15 million people vaccinated by mid-February. That means vaccinating at least two and a half million people per week, for the next four weeks.

And if supply is restricted at all, there will be some hard decisions to make. Will those vaccines be used to get as many people vaccinated or to make sure those waiting for their second jab get it within a time period that doesn’t compromise the efficacy of the vaccination? The strategy to delay the second dose of both the Oxford/AstraZeneca and Pfizer/BioNTech is now under question, with support for delaying the second dose not addressing the supply issues and scientific concerns as outlined by the BMJ Opinion (British Medical Journal).

Emerging evidence from Israel suggesting the effectiveness of the Pfizer-BioNTech jab could be as low as 33 percent following the first dose, is adding to the concerns. Yesterday, the Doctors Association UK wrote to ministers, expressing concern that people are at risk if they do not get a timely second vaccine.

And whilst there is some evidence that case numbers may be declining – especially in London – there is still a huge concern about the rise of Covid deaths in care homes, which saw a 46 percent increase in England last week to 1,260, the highest level seen since mid-May. Deaths continue to soar – 1,820 on Wednesday this week – and our hospitals are stretched beyond belief. This is not the time to be talking about lifting restrictions.

The real-time assessment of community transmission study-1 (REACT-1) published yesterday pulled no punches. “During the initial 10 days of the third COVID-19 lockdown in England in January 2021, prevalence of SARS-CoV-2 was very high with no evidence of decline. Until prevalence in the community is reduced substantially, health services will remain under extreme pressure and the cumulative number of lives lost during this pandemic will continue to increase rapidly.”

This conclusion is based on hard and extensive data. This period covers 6–15 January and uses throat and nose swabs taken from between 120,000 and 180,000 people in the community. Large household size, living in a deprived neighbourhood, and black and Asian ethnicity were all associated with increased prevalence.

This aint going anywhere fast. As Professor Devi Sridhar said on Channel 4 news yesterday, we are in a deep pit and “we can get case numbers down but we need a pretty robust test trace isolate system and travel restrictions”. That’s the tradeoff.

Without an effective test, trace isolate programme – and with the abject failure to deal with what happens at our borders to stop the international flow of the virus – vaccination is our only way out of this. And that is why any delay to roll out OR compromise of efficacy is concerning.

The desperation from ministers is becoming evident. The Guardian revealed that they are now considering paying £500 to everyone in England who tests positive for Covid-19, after polling from the Cabinet Office found only 17 percent of people with symptoms are coming forward to get a test. The coronavirus operations committee that’s meeting today, chaired by Michael Gove, may say more.

This is a government that is increasingly panicked – as it should be – by this pandemic. And it is increasingly a government acting too late (closing borders, introducing national lockdown) and often more obsessed with its own PR. Jonathan Lis from Byline Times nails it when he documents the distraction targets of this government “privileging minute aspects of the law over the realities of the virus. And yet this is also a deliberate strategy: it is more useful for the Government to focus on the legality of sitting on benches than to address either the sources of viral transmission or its own policy failures”.

Back in Yorkshire, the GPs are left contemplating when they will get their next doses of the vaccine. Hospitals may be seeing some slowing in the growth rate of patients, but that’s a slowing of a figure that is still rising here in Yorkshire according to today’s HSJ (Health Service Journal). The pandemic still has its foot on the accelerator but it may not be pushed hard to the floor. Meanwhile this government is still scrapping around looking for the brake pedal. Too late for thousands and thousands.