With tough on crime Trump gone, and Biden's justice reform on the agenda, might Priti Patel temper her focus on the death penalty? 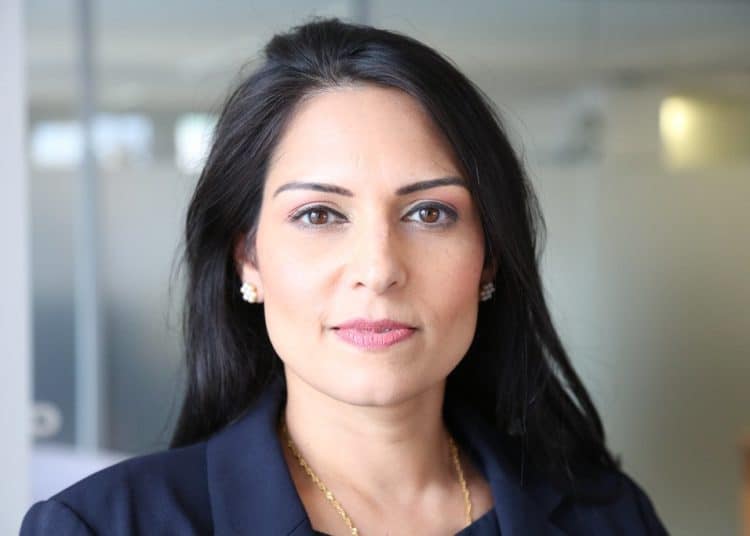 Towards the end of December 2020, a rumour emerged on social media that Priti Patel had instructed civil servants to provide a briefing on the return of the death penalty. It coincided with the ending of the Brexit transition period when the EU ban on capital punishment would no longer apply to the UK. Since then, the Home Office has said the report (below) was “rubbish” but has not explicitly denied that a review is taking place, even when pressed to do so. Should we be concerned that capital punishment might return to the UK?

Globally, 35 countries still permit the death penalty to be imposed as a state-sanctioned sentence including the US, the only advanced Western democracy to do so. With the exception of Belarus, which retains the option, and Russia, which has kept it on the statute book but does not implement it, the death penalty is banned throughout Europe. It is prohibited within the EU but following Brexit, the UK is no longer bound by this prohibition.

However, the UK remains a member of the Council of Europe, is still subject to the European Convention on Human Rights and is a signatory of the UN protocol that prohibits state execution. Without breaching international treaties, it would be very difficult to reverse current policy and legislation and, while the UK government has shown itself willing to breach international law, as the internal market bill demonstrated late last year, these legal constraints would provide a major obstacle.

There are currently no indications that the government (other than Priti Patel) has any real desire to reintroduce capital punishment and there are no recent cases of murder or terrorism that might lead to a public demand for it. The request for a review needs to be understood in the light of the political undercurrents bubbling within the Conservative Party and Priti Patel’s political aspirations.

Patel is personally in favour of the death penalty. At her selection meeting as the local Conservative parliamentary candidate in her Witham constituency in 2006, she was cheered when she delivered a “hang ‘em and flog ‘em” manifesto and backed restoring capital punishment. In 2011, when two parliamentary petitions – one to bring back the death penalty and one to keep the status quo – were being collated, she again made clear her support, including defending it on BBC Question Time when she was eviscerated by Ian Hislop.

Patel’s hardline approach to refugees and immigrants, her open admiration for right-wing autocrats who use ethnic and religious apartheid to maintain power (Narendra Modi, the right-wing nationalist prime minister of India and Binyamin Netanyahu, the Israeli prime minister) and her inflammatory rhetoric against those who support human rights, all suggest that any discussion of the restoration of the death penalty is predicated on a desire to take the government further to the right.

Democratic countries that impose the death penalty, such as Singapore and the US, have argued that the retention is a criminal justice rather than a civil rights issue (over which international courts have some jurisdiction) and try to distance themselves from autocratic and oppressive regimes such as China that use the death penalty for overtly political ends. Nonetheless, imposing the death penalty is a highly political act and most frequently used against foreigners and migrant workers. One of Trump’s last acts as president was to permit and accelerate the execution of a mentally ill white woman and four black men, while pardoning his powerful white accomplices – solely to demonstrate his power to do so and to offend the incoming liberal administration.

As in the US, any return of the death penalty would likely impact most on black people and both Patel and her Home Office advisers know this. They are fully aware of the substantial evidence that shows black people are disproportionately stopped and searched, charged with criminal offences, convicted in the courts and sentenced to imprisonment, and young black men particularly so. Patel has just this week signalled her intention to increase police powers of stop and search, in spite of all the evidence that it would be disproportionately used against black people and would have either no impact or an adverse impact on knife crime. Unsurprisingly, it was the Black and Asian Lawyers for Justice that first raised the alarm about the death penalty review, who have good reason to fear Patel’s racist and anti-immigrant record.

Patel learned in her selection interview that the restoration of capital punishment appeals to white, right-wing Conservatives. Her ‘review’ needs to be understood as a preparatory move in a leadership bid as Johnson’s tenure becomes increasingly vulnerable. However, her timing may turn out to be poor. She requested the review precisely as the UK was leaving the EU and as Donald Trump was ending his presidency with “a rush of federal executions” – but before the attack on the Capitol, which revealed to many Republicans the baseness of his instincts and dissipated their support.

Now, with Brexit floundering, Trump gone and the belated but unseemly rush to denounce him by Conservatives in the UK, she may be less inclined to be aligned with him. Moreover, Biden’s widespread reform of criminal justice includes amongst other things, the ending of private prisons, the ending of juveniles being held in the adult estate, the decriminalisation of Marijuana and revocation of the death penalty. Trump’s last minute orgy of state violence will have only increased Biden’s determination to build a more humane, liberal and less racist country. The UK government and Patel should take note as they “scramble to win Joe Biden”.