As the North was going into collective meltdown, and northern politicians of all persuasions were urging the prime minister to do more 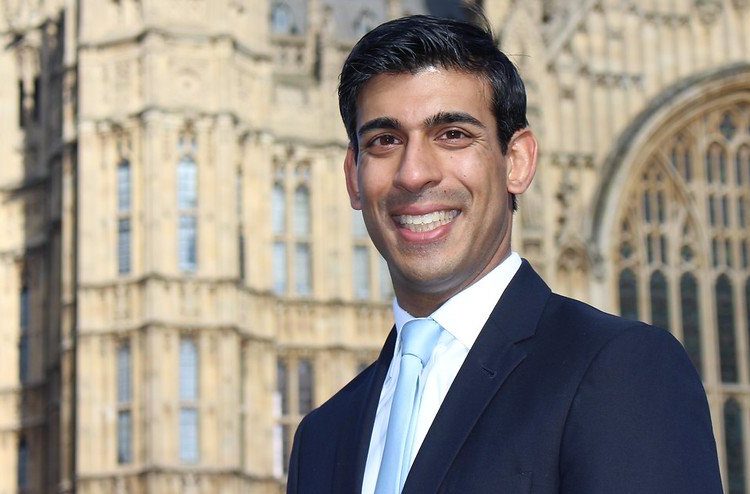 We may be in the clutches of the worst public health crisis for generations, but there was something very British in the way that the public took to Twitter as Boris Johnson was making his statement on the latest restrictions. As the North was going into collective meltdown, and northern politicians of all persuasions were urging the prime minister to do more (or less, or different) the hashtag #ThanksPM was trending.

This was not, I hasten to add, a nation that suddenly realised that they did after all like their prime minister. It was in fact a nod to the rather cheeky response from Chancellor Rishi Sunak as he took over from the prime minister to explain the latest set of guidelines. “Rishi, over to you”, said Johnson. “Thanks PM” replied the ever chipper chancellor.

The nation collectively gasped. Was this cheeky? Irreverent? Cringe worthy? Impertinent? Or just public school joshing? The Independent captured some of those tweets, which demonstrated that even in the darkest hour, the opportunity to extract the Michael is what this pandemic has reduced the country to.

It is also a sign that Johnson is losing not just the country’s trust but their interest. “There are already more covid patients in UK hospitals today than there were on the 23 March when the whole country went into lockdown”, said the prime minister, sporting something that actually resembles a haircut to show how serious he was. “Lost all focus on the presser and am instead giggling at Rishi’s #thanksPM” said @radioaliceyoung, probably speaking for the rest of us.

This also tells us something about Sunak who increasingly looks confident and emboldened to be his own man, and not Johnson’s. Body language expert Judi James told The Sun that Sunak looked like he “wanted to take over” during last night’s statement, something that has been speculated on for some months.

Whether the chancellor wishes to run the country is unclear, but it is clear he wishes to have his way about running the economy during the pandemic. The tensions about locking down versus opening up the economy have been a long-running sore since the country first locked down in March. The Financial Times reported in April that there was a split in the Cabinet, with Sunak and cabinet office minister Michael Gove arguing that the economy should start to reopen, while the health secretary Matt Hancock wanted to make sure that the virus had been eradicated first.

It now appears that Hancock may well have been right to urge caution amid the rush to ease restrictions. And then yesterday, Jonathan Van Tam, deputy chief medical officer, seemed to confirm what many of us have been thinking – that lockdown was lifted far too early for the North. According to him, the reason for the rise in the North, was because the disease level in here “never dropped” as much as in the South. So the lockdown was lifted to suit conditions for London and the South – not the North.

As you can imagine this has not gone down well in these parts, where greater restrictions will be in place from tomorrow. As the Mirror reports, Greater Manchester metro mayor Andy Burnham repeatedly warned the nationwide shutdown was being lifted too soon in parts of northern England.

Two other things did nothing to help the prime minister yesterday. The first was the telling comment from Chief Medical Officer Chris Whitty, who made it clear during last night’s announcement that England’s new three-tier local lockdown system “will not be sufficient” to slow Covid-19.

The other was the publication last night of the SAGE meeting minutes from 21 September – meeting notes from the body that advises the government on the handling of the pandemic. These were slipped out quietly a few hours after Johnson had announced  the new restrictions, but serve as a timely reminder that there is never a good day to try and bury bad news, because the minutes are now all over the news.

And it is hardly surprising, because the minutes expose the extent to which Chris Whitty, his colleague Patrick Vallance (the chief scientific adviser), and the government’s other top scientific advisers, are now publicly at odds with Johnson’s chosen approach to respond to the pandemic.

“The more rapidly interventions are put in place, and the more stringent they are, the faster the reduction in incidence and prevalence and the greater the reduction in COVID-related deaths. Both local and national measures are needed; measures should not be applied in too specific a geographical area” the minutes claim, as the expert opinion of the government’s scientific advisers.

The SAGE minutes talk of a recommendation to the government to adopt a two-week circuit-breaker across the country. This would involve working from home if possible, with no households mixing, a closure of all bars and restaurants, and no face-to-face teaching at universities and colleges. Ministers were told this over three weeks ago, says the Huffington Post, but they ignored it.

This is not helping Johnson’s continued and fractious relationship with political leaders in the North, where negotiations are still ongoing for the size and shape of support that local councils will get with new lockdown measures. South Yorkshire mayor Dan Jarvis said today, reported by the BBC, that the government was “reckless” to impose new restrictions without extra support measures being in place. Indeed, it may well be that some northern leaders agree to the highest tier of lockdown if the appropriate financial support follows.

The prime minister is walking a very fine line here. He needs to get the economics right and he needs to get the virus under control. The two require at first glance very different measures – but it seems increasingly obvious that if you want the economy to recover, the spread of the virus needs to be controlled, and ultimately eradicated. In the absence of a vaccine, and with the abject failure of test and trace, the short-term solution now in front of us appears to be a circuit breaker – or a series of them.

And this is the conundrum. Today’s figures from the ONS (Office for National Statistics) show that unemployment climbed to 4.5 percent in the three months to August, as the total number of jobless rose by 138,000. The report also shows that unemployment is now 6.6 percent in the North East, 5.3 percent in London and 4.2 percent in Yorkshire. For the period July 2019 to June 2020, the local authorities with the highest unemployment rates in the UK were Birmingham at 8 percent, followed by Hartlepool at 7.2 percent, and South Tyneside and Middlesbrough, both at 6.9 percent.

This means that the places where the harshest restrictions are now being introduced are the same places where it is crucial that the local economy starts to flourish again. This requires some business stability, where investors can have some confidence and the people some hope.

The chancellor may still look like the poster boy for the Tories but he too has his own problems. The government has so far spent £12bn on test and trace to contact 750,000 people (an admission made by Robert Jenrick to Kay Burley on Sky News this morning) – that’s an eye-watering price tag at £16,000 per contact. The chancellor needs to explain to the public why he has been so profligate with their money. And if the North has been sacrificed to get the economy moving, then that lies as much at his door as Johnson’s. I am now left to wonder how long it will be before the hashtag is #ThanksChancellor.