It is six months to the day since we launched the first edition of our online newspaper, and within the next few hours, we will have reached 1.5 million views! 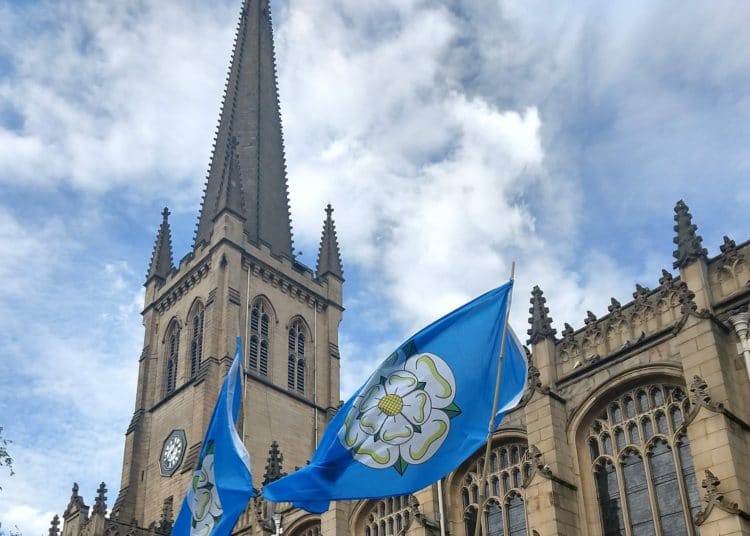 Today Yorkshire Bylines celebrates two huge milestones. It is six months to the day since we launched the first edition of our online newspaper, and within the next few hours, we will have reached 1.5 million views!

We know that a free press, along with good quality journalism, is fundamental to any functioning democracy. In the UK, the majority of our national papers are owned by right-leaning overseas billionaires who use these papers as a means to achieving their own aims. Often what we read is more propaganda than journalism. Polling shows that over the last five years, trust in the UK news media has dropped dramatically, with only 15 percent of left-leaning voters now saying they trust most news, most of the time (and only 38 percent of right-leaning voters).

When we launched Yorkshire Bylines, our aim was to step in to the ‘independent, progressive’ journalism space, alongside excellent publications such as Byline Times, The Guardian, and the Financial Times – but from a regional perspective. At the beginning of the year, long before we went into lockdown, the concept of an online citizen-led newspaper for Yorkshire was just that – a concept. What’s happened since then has been an incredible success story of collective grassroots action that now extends far beyond Yorkshire.

In January, Dr Mike Galsworthy, director of Scientists for EU, floated the idea of regional ‘Bylines’ to the executive editor at Byline Times, Peter Jukes. Peter was looking for ways to support regional journalism, using a web template developed by Yes We Work – the team behind the Byline Times website. “The success of Byline Times, which we only launched back in March 2019, demonstrates what a huge appetite there is out there for good-quality progressive journalism that speaks truth to power. I wanted to support a regional grassroots version of this, so Mike’s idea of trying something out in Yorkshire was perfect”, reflects Peter.

Setting up something of this nature was no mean feat though, particularly as it continues to rely almost entirely on the skills and efforts of volunteers. Yorkshire Bylines now has a veritable army of over 120 writers, editors, publishers and social media champions. But this started with just a small group who had come to know each other through campaigning for a final say referendum on the terms of our exit from the EU. It’s testament to the strength of grassroots feeling about the issues that really matter to us – above all else, our aim is to put democracy in action and make our voices heard.

“I knew instantly that the place to start would be Yorkshire. There’s such a strong regional identity there, and people aren’t afraid to speak their minds. I also knew just the person to get something like this off the ground.”

Louise Houghton, who is now editor-in-chief at Yorkshire Bylines, had previously worked with Galsworthy on the pro-EU campaign. Louise lives in Wakefield, West Yorkshire and when not editing the paper, she can mostly be found out mountain biking or exploring Yorkshire on foot. As an experienced editor and trainer, she was happy to take the lead and – like everyone else who has become involved – she loved the idea of citizen journalism. She put the word out to people in the local area and within a few short weeks, Yorkshire Bylines was born.

Over the last six months our writer numbers have steadily increased, with the publication attracting some big name authors as well as “ordinary” Yorkshire folk. We also have a team of student journalists drawing from several of the local universities, and an excellent working relationship with the Centre for Journalism at Leeds Trinity University. With each new writer comes a new audience as they bring with them their friends, family and social media followers.

So, what are our stats? Some of our most popular articles are read by tens of thousands of people, particularly those by Anthony Robinson. We consistently have around 200k views a month, from over 120k unique visitors. Although 85 percent of our readers are from the UK, it’s not only Brits who want to hear about the world according to Yorkshire. Our readers come from all over the world, with a significant number in the EU, North America, Australia and New Zealand (hello down there!), as well as South Africa, Thailand, China and many more … we’ve reached a far wider audience than we could ever have imagined. We even have a reader in Madagascar! While this is wonderful, our focus is on developing our core audience base, right here in Yorkshire.

Our aim is to focus on the stories that people care about: national stories that affect people personally; local stories that need to be told; with a healthy dose of Yorkshire opinion thrown in. We are unashamedly pro-European and our stated mission is to hold our elected representatives to account – but we know that politics is not the only show in town and we publish a huge range of human-interest stories too. Right now, we’re exploring new ideas for reaching a wider audience. Last month we launched our own podcast, hosted by Grace Pritchard; and this month we launched our events page, to share details of events in Yorkshire that readers might be interested in (best of all, most of these are online at present, which means our reader in Madagascar can join in too!).

What next? With the instant success of Yorkshire Bylines is will surprise no one to learn that we’ve been able to extend this citizen-journalism model all over the country. Over the summer, the network rapidly expanded and we now have teams in the North East, the West Country, West England, Sussex and the East Midlands – with ones in the pipeline for Kent, the North West, West Midlands, East Anglia and the devolved nations. This is a volunteer network of over 300 people so far – with an impressive audience reach. As one of our readers, who’s no doubt been sharing our articles, you are a huge part of that success story. Thank you!