This week, Norky recalls pastimes from his youth such as building plane construction sets and playing with fire! 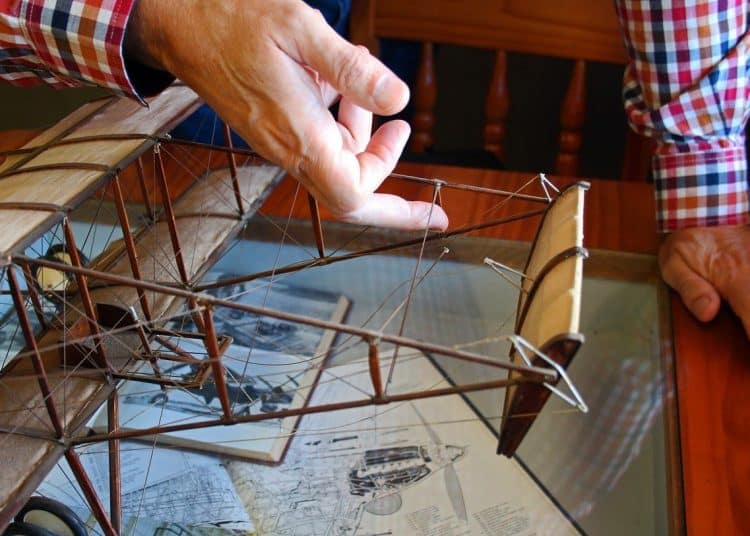 Image by Lynn Greyling from Pixabay Free for commerical use

I was recently recalling the joy of comic books and model trains – which I loved as a young boy (and still do!). Another early hobby was the construction model sets I shared with my cousins the McInneses, such as Bayko Build and Meccano.

Bayko Build had a base made of Bakelite (an early form of plastic), with lots of holes to fit pins into, which held the bricks, doors and window frames, and a readymade roof would then be fitted on the top (a good place for a roof I find). The Meccano set was much more elaborate and complicated. It had brightly coloured steel bars, flat plates of various widths and lengths, pulleys and wheels of different sizes with many holes to take the small nuts and bolts that came with the set. We could make anything that our imagination could think of.

I went on to enjoy other types of construction toys when my big sis and her boyfriend (soon to become husband) John bought me an Airfix Lancaster Bomber for Christmas. I eventually constructed dozens of Airfix ships and planes. I also had the boys’ favourite – the Tri-ang train set. When I was not playing outside, I would return to the Meccano set, Airfix construction kits and my Tri-ang train set many, many times throughout my childhood. All classics among toys.

The fun of the fair …

One of the highlights of the year was a trip to the huge fun fair on Red Doles Lane, just off Leeds Road at the far end of Huddersfield. When I was too young to be there on my own, Mum and Dad would take me and Rhondda, and we would have a great old time on the dodgems, swings, rides and helter-skelter among many others, or the darts, hoopla and duck fishing stalls, consuming lashings of candy floss, toffee apples and brandy snaps.

We would inevitably win a goldfish in a jar, which we could only ever get to live for a few days, but the McInneses had one that lasted for many years.

At the far end of the grounds, there was a large steel construction that was shaped like a playground slide, but much bigger. I always thought it was a ride for the big boys, and it wasn’t until many years later that I discovered it was part of the ready-mix concrete mixing company situated in the land next to the fairground! Moi told me recently that she also thought exactly the same thing.

As the world is changing, the land once used by the annual fair is now an industrial estate.

… And the fascination of fire

In my childhood and early youth, I was fascinated with fire. I would often throw things over the fireguard to watch them burn – usually my own toys, although I also remember throwing my leather balaclava helmet onto the fire. Even at that age, I was showing good fashion sense.

Funnily enough, I gave up throwing things on the fire when the fireguard was removed. But it didn’t stop me being fascinated by other aspects of the hypnotic flame. I later found that I could squirt a constant jet of cigarette lighter fuel into the fire from the tin and control the flow so that the flame would travel back along the jet until it was just a couple of inches away from the nozzle.

It’s a wonder that boys survive into adulthood.

My interests in fire and construction came together when I made a balsawood construction plane. Within the kit were strips and blocks of balsawood that had to be cut and glued together to a set design and then all the sections were glued. Paper was fitted to form a skin and then the whole thing was lacquered. A length of strong knicker-elastic stretched along the fuselage to a propeller at the front.

It took me weeks to complete. Then it was time to try it out.

In theory, if the propeller was turned with the fingers in the correct direction the model should then fly under its own propulsion when released. Mine did not – it came down with a thud – and extensive repairs had to be carried out. By that time, I was disappointed and fed up. When it came time for its second, less enthusiastic flight, I required extra excitement.

I wound the propeller up to full power, and in my time-honoured tradition, I set it on fire.

When I released it, I was fully expecting it to plummet instantly to the ground again, but it didn’t. It flew majestically, straight and level, much better than I would have dared to hope. But by this time, things were happening that I no longer had any control over.

The lacquer, paper and balsawood were soon well alight, and nothing could be done to save it. I’m not sure that I wanted to save it anyway. None of my previous toy burning episodes came remotely close to being as impressive as that flight and I didn’t burn another toy again. Not deliberately anyway. 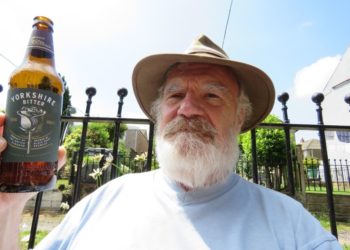 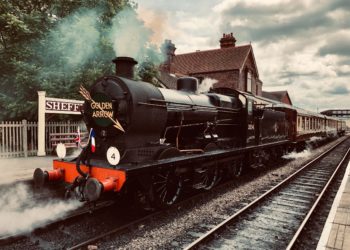 A final fire-related episode relates to a more grown-up hobby.

During the Christmas of 1961, I was 14 years old and much more innocent and naive than 14-year-olds seem to be today. The whisky, sherry, port, black beer, and Advocaat had come out from the back of Dad’s wardrobe where it had been since the previous Christmas. Mum and Dad had gone out and I decided to see what all the fuss was about with this whisky stuff.

I poured half a tumbler. Which seemed to have been the regular measure, and then took a sip. It was horrible. I wondered how anybody would drink the stuff, and I threw the remaining contents of the tumbler into the open fire.

What happened next came as a bit of a surprise. Luckily, the ensuing flash of flame didn’t last more than a second, but it made me jump back so quickly that I landed on my silly arse in the middle of the room. There was no damage done. 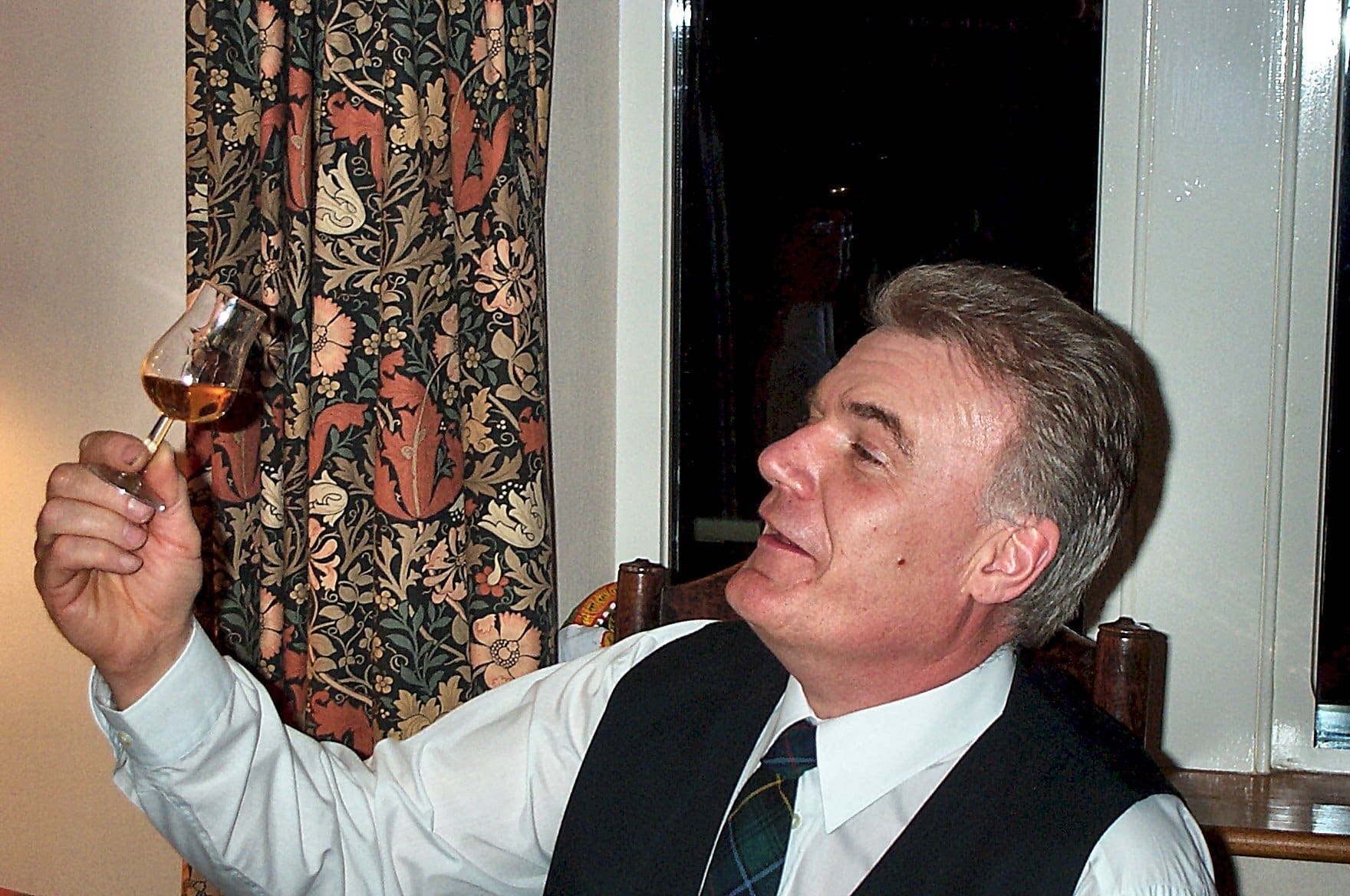 I now find better things to do with whisky since joining the Bolster Moor Malt Whisky Appreciation Society. This photo was taken in the early days of whisky tasting. I was fairly sure it was whisky though. The tie, coincidentally, is a McInnes hunting tartan, worn in respect to my cousins.