Peter Norcliffe, as part of his 'Norky's Ramblings' series, remembers the many childhood conditions and fevers that were harmful to children when he was growing up: typhoid, polio, and influenza. We are, however, lucky to be alive and lucky to have the NHS. 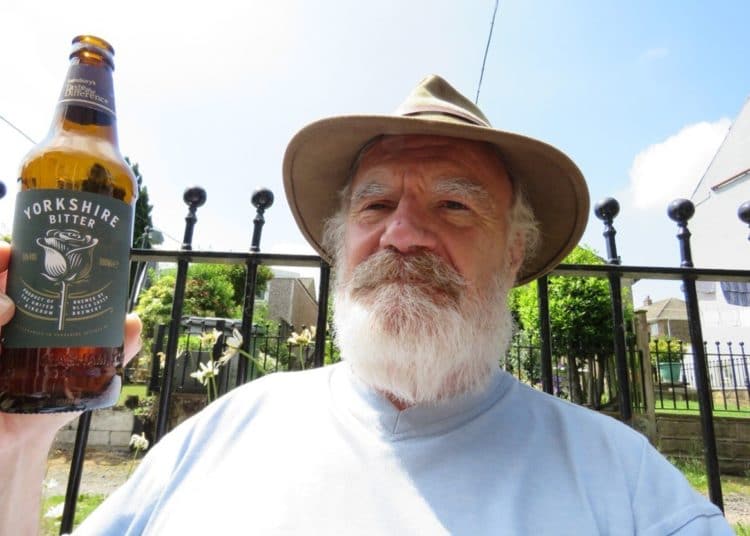 Even before our beloved National Health Service was introduced in 1948, Britain was one of the healthiest nations in the world. However, when I was a lad, the things that were waiting to whisk us away were many and varied.

Among the joyful things hovering over us were tuberculosis, influenza, diphtheria, typhoid, polio, scarlet fever, rheumatic fever, tetanus, whooping cough, mumps, measles, rubella (German measles) and rickets,to name but a few. All of which are still waiting to pounce on the unprepared and/or unlucky.

One of the lesser fatal childhood conditions was ringworm, not a worm but a fungus condition of the scalp (we thought it was a worm of course) the treatment for this was to paint the patient’s head with gentian violet, a bright purple die. This stuff was almost fluorescent; there were few secrets in those days.

The thought of shutting the country down because of an outbreak of any of these would never have been contemplated; nor do I think would it have been possible. It would have taken a great deal of governmental willingness and bravery to shut down a country immediately after WW2, and even more compliance on the part of the public who were desperate to get their lives back again.

With some of these above conditions, ‘pox parties’ were organised within a community. If a child contracted one of the relatively, and usually milder, infectious diseases, it was arranged for all the children in that community to play together to ‘get it over with’, as many of these diseases were known to be much more harmful in adult life.

Isolation hospitals were available for the more infectious and dangerous conditions.The patient would be separated from the rest of the community and family until recovery, which would sometimes take months.

My mother suffered from TB when she was 11 years old and was in an open-air isolation sanatorium in North Yorkshire for ten months. In 1952 when she was three years old, my wife Moi was in Bradford isolation hospital for six weeks suffering from scarlet fever, and at the age of four our daughter Rachel spent two weeks in the same hospital in 1973 suffering with gastro enteritis.

If we were unfortunate enough to suffer some form of mental illness, we could face a life of drug-induced bewilderment in one of the many secure establishments that could be found in every major town and city scattered around the country.

It wasn’t all that long ago when women found themselves in these facilities because of conditions such as hysteria, becoming pregnant out of wedlock, or being married to a powerful, influential husband who assumed his wife must be mad if she demanded a divorce. Luckily, we have moved on from that, to a degree at least.

All of this is of course if we survived the perilous journey of pregnancy and childbirth.

Though many of these diseases have been virtually eradicated, we still have other ways to shorten our lives, many self-inflicted.Excessive alcohol, junk food and smoking can lead to an early grave, but we also have time, money and energy to risk life and limb with other adventures.

Extreme sports are a good example. A high level of risk is undertaken, employing speed, height, water, extreme physical exertion, or even a combination of all of the above. It’s almost as if we have a death wish.

I suspect that earlier times of spending 12 hours a day, six days a week in a mill, down t’pit, working on the land, getting shot at in military campaigns or giving birth and bringing up six children wouldn’t leave anybody with enough energy or inclination to go paragliding, wingsuit flying, volcano boarding, or freediving – the list goes on.

We are so incredibly lucky to be alive.

To imagine that our ancestors, right back to the primeval soup, managed to find a mate willing and/or able to join together in matrimony and a special cuddle, and this continued though thousands of generations and eventually resulted in us …

… and then we risk this by jumping out of a perfectly serviceable aircraft, seeing how deep we can swim without oxygen or skate boarding down a volcano (I assume this is on the outside of the volcano, but who knows where the thrill ends).

When Julius Cesar came to Yorkshire

When Julius Cesar invaded England, he started down south without any difficulty, then continued up through Wales, Derbyshire and into Lancashire.vHe was finding this invasion malarkey so easy he then thought that he was ready to tackle Yorkshire.

As he and his men came over the Pennines, he passed a barn and a booming voice rang out, “Tha’s no good coming this way lad, tha’s in Yorkshire now tha’nose and thar’s in for a good iding.”

Julius was a little perplexed. “Funny that”, he said.

Picking out his best five roughty toughty men who were named I, II, III, IV and V (that’s Moi’s favourite bit of this joke), Julius said to these men, “Go down to that barn and bring me the head of that dim-wit”.

The men marched into the barn and soon there was screaming and shouting followed by an eerie silence.

“Funny that” said Julius and,climbing off his horse, he went to investigate.

All he found was his men lying dead on the floor. Julius was vexed but determined to carry on. He soon came upon a cottage and the voice rang out again: “Tha’s no good coming this way lad, tha’s in Yorkshire now tha’nose and thar’s in for a good iding”.

Julius was very cross now, so he picked out a further 25 roughty toughty killers and again ordered them to return with the man’s head on a plate. More screaming and shouting and then silence.Again Julius found all his men lying dead on the floor. Even though Julius was beside himself with rage, he was even more determined.

As he was passing woodland on the outskirts of Marsden, he heard that voice again: “Tha’s no good coming this way lad, tha’s in Yorkshire now tha’nose and thar’s in for a good iding”.

This time Julius was going to fix him once and for all. He picked out his best centurion and 100 men and sent them in to do the deed. After a few minutes of screaming and shouting, the centurion staggered out from the edge of the wood.His helmet was on back-to-front and, covered in blood and snot, he shouted up to Julius: