Another week, another raft of measures from the government to combat Covid-19, all sending conflicting messages. 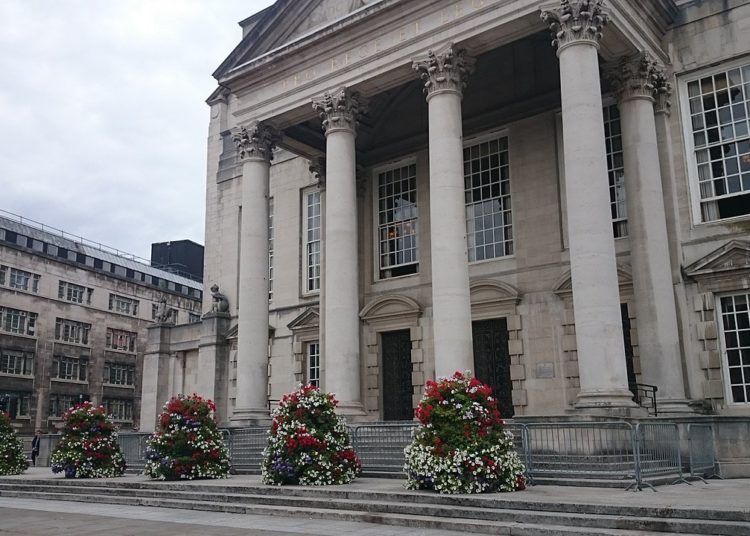 Another week, another raft of measures from the government to combat Covid-19, all sending conflicting messages. On the one hand, we have new quarantine arrangements for those arriving into the UK, despite a growing backlash from aviation chiefs and MPs warning it would be “devastating” for the economy. On the other hand, some of the Cabinet have called for pubs to reopen on 22 June, with the Financial Times reporting that the rationale is to accelerate restarting the economy, while landlords themselves call for clarity over what this would actually mean.

One thing that does seem to be consistent, is the clear steer from the government that a more localised approach to combating the spread of the disease will now form a major part of its strategy. On Friday night at the Downing Street briefing, Health Secretary Matt Hancock said that the government was “seeking to take a more local approach” to tackling the outbreak.

As mentioned in last week’s Yorkshire Bylines, councils have been asked to develop robust local outbreak plans so they can lead local responses to future outbreaks. Central to this will be the success of the test and trace programme and the availability of good and timely local data.

Leeds City Council chief executive, Tom Riordan, has been asked by the government to lead on the arrangements for linking contact-tracing work at local level, not just in Leeds but countrywide. He is also charged with ensuring that the partnerships and capacity are in place to support local track and tracing. Both are tall orders, given that the test and trace system designed to prevent a second deadly wave is not expected to work at full speed until September or October, according to the Guardian.

Putting aside the ability of track and trace to be the silver bullet, it’s still unclear what exactly the government strategy now is.

“I think the criticism that we can’t see a strategy is a legitimate criticism. That isn’t a criticism at all of thoughtful people trying to do their best, but it is a criticism of the political agenda. We need a strategy for test and trace, for PPE, for the use of technology, for maintaining Covid services and opening up non-Covid services,” said professor Martin Marshall, chair of the Royal College of GPs in Sunday’s Observer.

If the strategy is to have a more nuanced local approach then the government has to have a better understanding of what needs to be in place to make this happen. Vital to making it work is real time data and a dashboard showing where the outbreaks are. This contrasts starkly with what we have at present, which is very basic aggregate data. We need localised data to identify cases, so that we can then isolate local incidents.

On Sunday, the mayor of Greater Manchester Andy Burnham and metro mayor of Liverpool Steve Rotherham held a joint press conference where they called for the publication of weekly r numbers (transmission rates) to assist the local response. Burnham said: “That data is not flowing to local areas yet. At the moment you can’t impose local lockdowns as there is no power to do this and no data to say where these lockdowns should be”.

“I feel very strongly about this that it is the local dimension that has been missing in so many of the policy areas that have led to delays, increased risk of infection, whether it’s through the disastrous roll-out of PPE, the testing regime on its own, the shielding programme, all of these things should have been done at a much more local level, much earlier.”

Others such as Allyson Pollock, consultant in public health medicine, have talked of the need for more nuanced messaging and more attention given to our local communities, especially around infrastructure needs and support to key civil society groups.

It takes the right sorts of powers to enable councils to deal proactively with what is on their doorstep – and this in turn requires the government to let go. Austerity measures and privatisation have decimated some aspects of public life that could have played a key role at a local level. As it is, privatisation and centralisation have left local knowledge, expertise and social capital out in the cold.

Can all this be rescued at this late hour? If localised approaches are appropriate then so too are local and regional voices, but therein lies another conundrum for the government. The Association of Directors of Public Health is calling on the government to delay easing lockdown until the tracing system is proven to be more robust – the same professional body that will be determining local plans.

It is also evident that lockdown works: it reduced the spread of infections by more than 80 per cent, according to former government adviser Neil Ferguson. How do you square this with the expected reopening of businesses and non-essential shops from 15 June and pubs a week later? And why is lockdown easing if there is some evidence that the r number has risen in all regions, as shown on Friday by the Cambridge/PHE joint modelling team who are advising the government?

The Independent Sage group will be holding their second public consultation today. The group, chaired by former UK government chief scientific adviser David King, is shadowing the government’s official scientific advisory group for emergencies. Their aim is to provide, in their words, robust, independent advice to HM Government. This is needed in spades at the moment. If it will listen.