What is a Green New Deal? Think Roosevelt in the 1930s but saving the planet at the same time. Decarbonising the economy whilst stimulating it. Saving lives whilst saving jobs. 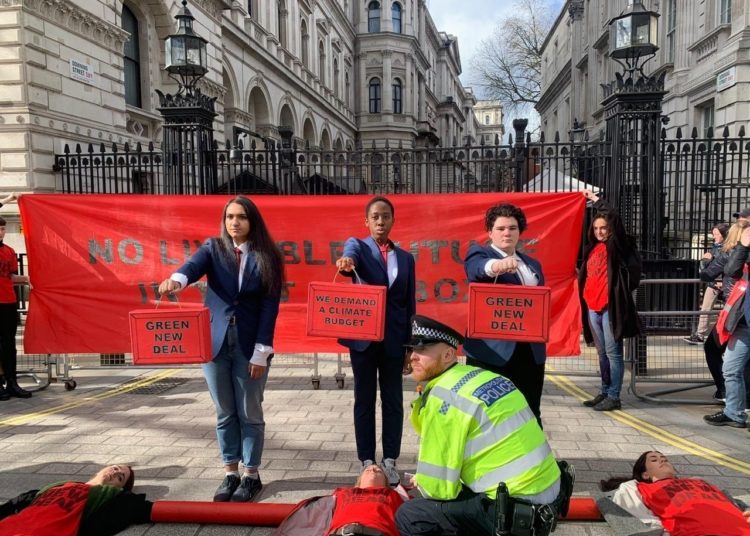 Lockdown. 2020’s word of the year. The word that sent us into a toilet-roll stockpiling frenzy. The word which has brought the entire world to a standstill (apart, it would seem, from football in Belarus). Lockdown, which began the week before the first national organising training of Green New Deal UK.

One might expect a fledgling organisation trying to bring about a fairer, more sustainable world might be crushed before it started. All the more so in a climate where, according to scientists, we may already be too late. However, the fact that their conference went ahead successfully online is, according to their national coordinator Hannah Martin, who hails from Wakefield, a sign that the much-maligned millennial generation might just be made of the right stuff after all.

“We realised in late February that something significant was happening, and told delegates to hold off booking transport.” The original venue, an arts centre near Stafford, was booked and over 100 people were due to attend. Then came lockdown.

“Faced with calling the whole thing off until things got back to normal, we had no choice. You can’t postpone tackling our broken economy.”

And what is a Green New Deal? Think Roosevelt in the 1930s but saving the planet at the same time. Decarbonising the economy whilst stimulating it. Saving lives whilst saving jobs.

Green New Deal members come from a variety of campaigning backgrounds. Some, dismayed by the polarising nature of the post-Brexit public debate, have come from established political parties. Others got involved after being inspired by Greta Thunberg and school climate strikes.  Some also take part in Extinction Rebellion events.  It’s a broad church, but the focus is on restructuring the economy in such a way as to decarbonise AND bring about social justice.

And then came Coronavirus. How has that affected Green New Deal’s campaigning?

Hannah Martin goes on to say, “At this time of crisis people can see clearly how badly the world has been run, and it opens up conversations to discuss how vital it is for the whole world to adopt a different approach.”

During the two-day conference, delegates spent time learning campaign strategy and particularly how to make the case for a Green New Deal using storytelling techniques. Delegates are now in the next stage, organising local hubs to coordinate Green New Deal UK’s campaign.

One thing our divided country now agrees on is that, once the world comes out of lockdown, it will be different. Green New Deal are already working towards making that difference worth all the sacrifice.

Brexit negotiations during a pandemic lockdown