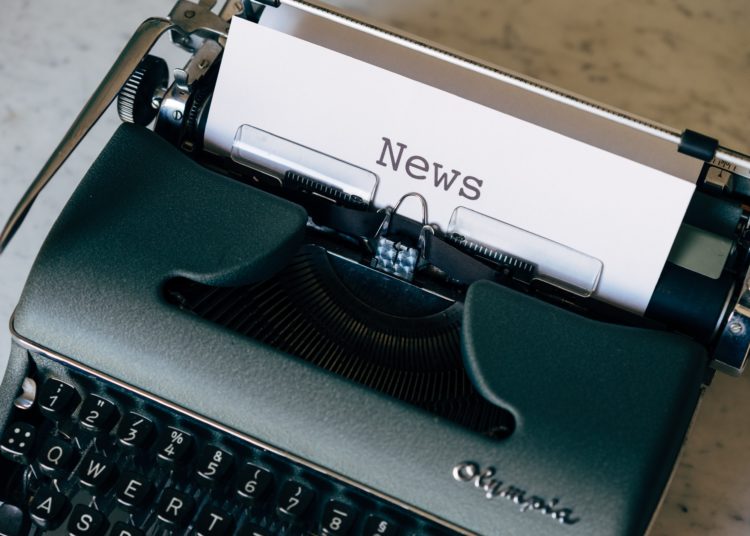 Here’s a thought. Barry Hines’s novel, A Kestrel for a Knave, wouldn’t exist without the BBC. In particular without the key role of Alfred Bradley, a Leeds-based producer for the BBC North region based in Woodhouse Lane, Leeds from 1959 to 1980.

Bradley fostered distinctive Northern talent on The Northern Drift – realists like Alan Plater and Stan Barstow, the humour of Henry Livings and the touching, sometimes softly lyrical songs and sketches of Alex Glasgow. Hines had written a few pieces for Alfred Bradley, notably the fable-like radio play Billy’s Last Stand (1965) which so impressed Bradley that he recommended that the BBC’s Northern Region give Hines a bursary. With the money, Hines took a trip to the island of Elba and wrote A Kestrel for a Knave. The rest, as they say, is history.

I was reminded of this story by the news on 2 July that the BBC intends to cut 450 jobs, which will hit BBC local radio stations and television news bulletins in the regions hard. Some 29 jobs will go from the award-winning current affairs Inside Out programmes and the 11 regional editions of the programme will be replaced by a new current affairs strand produced from six regional hubs in Newcastle, Yorkshire, Norwich, Birmingham, London and Bristol.

Helen Thomas, the director of BBC England, said the corporation’s local and regional services were created more than 50 years ago, and “have changed very little and need significant reinvention”. She said, “That has meant taking some difficult decisions. We are in the age of the Facebook community group and the WhatsApp neighbourhood chat. We must adapt to better reflect how people live their lives, how they get their news and what content they want.”

Covid-19 has had a dramatic, and mostly damaging, impact on our print and broadcast media but the BBC has won praise for the way it has responded to the crisis. It says though that this coverage has added £125m to the deficit.

Now the BBC is going ahead with drastic cuts, in total £800m, mainly caused by the punitive imposition on the BBC during the 2016 BBC charter review of the costs of the TV licence fee for the over-75s. The Tories were unexpectedly elected with a majority in 2015 and with the Liberal Democrats no longer in coalition, the Tory government moved fast to impose new spending controls. Chancellor George Osborne embarked on a brutal austerity programme with the BBC one of his targets.

The BBC director general Tony Hall, in clandestine talks that lasted just a week, agreed the BBC would receive some extra funding in return for taking on the potentially financially ruinous responsibility of the costs of the TV licence fee for the over-75s. Shamefully Tony Hall accepted this arrangement without a challenge. For the Tories it meant the BBC was financially weakened, the Treasury got more money and the BBC would be blamed when the axe fell.

And that is of course what is happening now. When the BBC announced on 9 July that all people over the age of 75, unless they receive pension credits, will have to pay for their licence fee from 1 August, the same hostile newspapers which have attacked the BBC incessantly over the years had a field day.

It really is incredible that the BBC should be the target for this hostility. Popular anger should instead be focused on the Tory politicians who created this situation in the first place. The BBC is not a welfare agency and the licence fee should not be raided to fund a bill that the government should pay.

Extraordinarily, the Conservatives made a 2015 manifesto pledge to keep the licence fee free for over-75s. This was copied and pasted word for word into the party’s 2017 general election manifesto. The party later said this was a mistake, apparently made in a hurry because the manifesto’s authors were rushing to produce a policy platform on a tight deadline due to Theresa May’s decision to call a snap election. Manifesto pledges are worthless, it seems.

I’m a critical friend of the BBC. It has its flaws and lacks accountability and has had its share of own goals – from its handling of the Jimmy Savile scandal to recent controversies over equal pay – but the range of its output is outstanding, distinctive and unique. We need to remind ourselves of this when Tory politicians airily ask, “Why do we need the BBC when we have services like Netflix?”

Beeb-bashing Conservative-supporting newspapers have long been hostile to the BBC, but its news and current affairs output also became a focus for vocal criticism from the left during the 2019 general election.

Currently there is another attack campaign running, #DefundtheBBC, which will no doubt get renewed energy over the BBC’s stand on the over-75s licence fee. It was set up by James Yucel, a self-described Conservative student, and claims to be a ‘grassroots’ initiative. It protests that the BBC isn’t impartial, that is edits footage to make the government look bad, and that it fails to publish the affiliations of contributors when they appear as pundits.

Yucel’s call to arms is an object lesson in how activists both create and inflate a campaign in which ‘ordinary people’ appear to share their own political agenda. A Twitter analysis of what happened next – and how the flames were fanned by mainstream media with their own anti-BBC agenda – is very instructive. Among the retweets from this account are several in support of former EDF leader Tommy Robinson and one picturing Enoch Powell under the title: “Enoch Powell was right!” Another retweet contained a silhouette of a retreating Churchill with the words “without Churchill … Hitler would have won! BAME people would have been next for the shower!” The retweeted account had written above the picture: “Why did we bother”.

National newspapers celebrated a “grassroots uprising”. The Daily Express was first into the fray with an overblown headline: “BBC crisis: 30,000 sign up to Twitter campaign to ‘DEFUND THE BBC’ – It’s time!’” Rupert Murdoch’s Sun joined in the kicking party – executive editor Dan Wootton too expressed his amazement at the ‘huge momentum’ gained by the campaign, and gave Yucel time on his drivetime show on TalkRadio (also owned by Murdoch) to promote his campaign.

Two academics – Professor Stephen Barnett and Doug Specht – undertook a forensic analysis of the #DefundtheBBC supporters and concluded that the vast majority of campaign followers, judging by their Twitter history, were committed Brexiters and followers of the Leave campaign, which itself has a long history of hostility towards the BBC. They conclude,

“From the very beginning, the campaign wanted to look like a spontaneous eruption of popular anger. In practice, it looks like a suspiciously coordinated operation, linking together several pro-Brexit, free-market (and in a few cases far-right) social media accounts”.

You can read their article HERE:

But back to those BBC job cuts and the broader threats to our regional media. Our local and regional newspapers, already weakened by a decade of job cuts and closures due to ad revenues plummeting, now have the impact of the Covid-19 crisis to contend with. The National Union of Journalists produced a News Recovery Plan back in April, designed to sustain the press and media through the Covid-19 crisis and reinvigorate the industry into a “reimagined future”. The document has two strands: one is a series of measures to tackle the short-term disruption created by the pandemic and the other to transform the media in the future.

The NUJ general secretary, Michelle Stanistreet, says: “Our aim is to create a healthy diverse press, focussed squarely on the public good, one that can be sustained now and into the future. That’s why we want governmental commitments to a range of actions – some immediate and some when the worst of this crisis is over – that will create a news industry firmly rooted in the public interest journalism which will deepen public engagement in our democratic structures.”

There is a welcome emphasis on supporting local and regional journalism with two proposals:

The NUJ is also leading an energetic campaign to stop the cuts to BBC regional broadcasting mentioned earlier.

We need strong regional media: media that sustains creative and artistic work of the sort Alfred Bradley nurtured; investigative journalism of the sort the Inside Out programme did on the South Yorkshire Police fabrication of evidence to charge miners arrested at Orgreave in June 1984; or the way the Yorkshire Evening Post/Yorkshire Post published the story of Sarah Williment’s son Jack asleep in her red coat on the floor of Leeds General Infirmary during the 2019 general election and then had to defend it against a concerted attack on the story by online activists.

In the era of fake news, disinformation and misinformation, all amplified by social media, we need trusted sources of news and information but they are under threat.

Granville Williams is the editor of “It’s the Media, Stupid! The Media, the 2019 Election and the Aftermath” (2020) and edits MediaNorth which campaigns for strong regional media and strongly supports alternative media, both print and online.