News that Roche has admitted that processing capacity has seen a “very significant” drop should ring alarm bells. 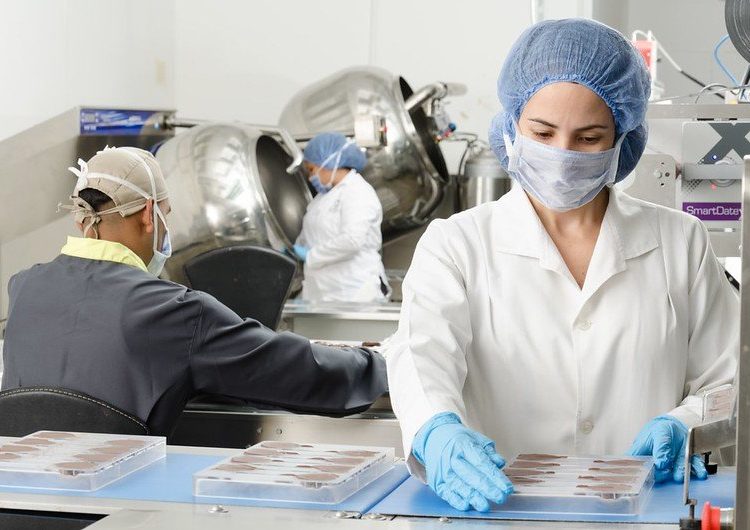 News that Roche has admitted that processing capacity has seen a “very significant” drop should ring alarm bells. They are the major provider of swabs and reagents to Lighthouse Labs, who are responsible for processing the majority of Covid-19 tests. This follows hard on the heels of the technical glitch that delayed the reporting of nearly 16,000 results to Test and Trace by some eight days.

This could potentially have a major impact on the test and trace operation. Reuters reported Allan Wilson, president of the Institute of Biomedical Science as saying, “The key to this, we’re not sure the duration of this, we’re hearing days or weeks. If it’s days, it will probably have minimal impact, but if it’s weeks, then yes, that could have a considerable impact on our ability to deliver tests across the whole gambit of diagnostic tests in the UK”.

Rowland Manthorpe, technology correspondent at Sky News, took to Twitter to say that a source told him Roche supplies one in five labs in the UK. “The implications of shortages are terrifying,” Manthorpe told twitter.

According to the Guardian, the problems arose during the handover of supplies from its existing warehouse to the new facility, creating a logjam at the new warehouse. This in turn created delays in sending supplies to the labs that need them. The shortages are said to include swabs, screening kits and reagents.

In a letter that went out from Roche and was reported in the Mirror, the company explained, “In September we moved from our old warehouse to a new automated warehouse capable of much higher volumes. However, during the transition we encountered some unforeseen issues and a very significant drop in our processing capacity. Since then we have worked around the clock to prioritise and manage orders as well as increase this capacity”.

According to Sky News, Roche built this new automated warehouse to increase capacity ahead of Brexit distribution. The warehouse in Newhaven in East Sussex is the only distribution warehouse that Roche has in the UK.

This has huge implications for the whole of our health system, not just those waiting on Covid-19 tests. The pharma giant’s shortage is said to include vital reagents, screening kits and swabs. Sky reported this morning that thousands of patients could miss out on critical blood tests and screening because of a breakdown in the supply chain to the NHS. It could also lead to GPs and hospitals having to ration blood tests and screening for diseases, including cancer and diabetes.

More alarming is the time this may take to resolve. A statement provided to the BBC said that Covid-19 tests would be prioritised, but it could take two weeks or more to fix the issue. The BBC also reported that North Devon District Hospital had sent out communications that all non-urgent blood tests in the community should be stopped, since without rationing they would run out of swabs in “three to four days”, according to Dr Tom Lewis, lead clinician at the hospital.

This could not have come at a worse time, with the numbers contracting the virus going in the wrong direction and the government already caught on the back foot with failures in the test and trace system. Local lockdowns are also sparking anger, with 48 areas now subject to additional restrictions – some since the beginning of August – and only Luton having seen their restrictions lifted. This is set against falling public support for the government’s approach to tackling the virus, according to Ipsos.

This raises two other larger concerns. One is the continued role of the private sector in our public health system. Serco has widely been seen as failing to provide an adequate test and trace system, vital to control this pandemic, and yet rumours abound that they may well have their contract with the government renewed.

It also raises profound questions about supply chains, the fragility of our just-in-time processes, and the impact Brexit will have on them. In a blog for the London School of Economics, Sam Roscoe wrote about how Covid-19 and Brexit have simultaneously disrupted the supply chains of UK firms. Interestingly, it appears the multinational pharmaceutical industry firms did adopt a worst-case scenario planning approach to Brexit, but they just didn’t factor in a pandemic. And this is when the two worlds collide; and it really is the worst of two worlds.

“If multinational companies believe that a pandemic is likely to happen again, or that a second/third wave of Covid-19 will shut down global production, then a logical conclusion would be to establish a percentage of manufacturing in the UK” writes Sam Roscoe.

The problem is that it is all a bit late now. And sadly, it may be too late for the scores of people awaiting vital blood tests and other screening procedures. This disruption to the supply chain is critical and it highlights the importance of functioning global supply networks, as well as the importance of international collaboration in maintaining them.

It was left to International Trade Secretary Liz Truss to bat for the government this morning. She told Sky News, “I would encourage people to continue going through the testing process”. She added, “That process is still working.” As we approach pantomime season the obvious response is, “Oh no it’s not”.