A UBI would reduce the bureaucracy needed to administer welfare benefits and slashing poverty and precarity traps. 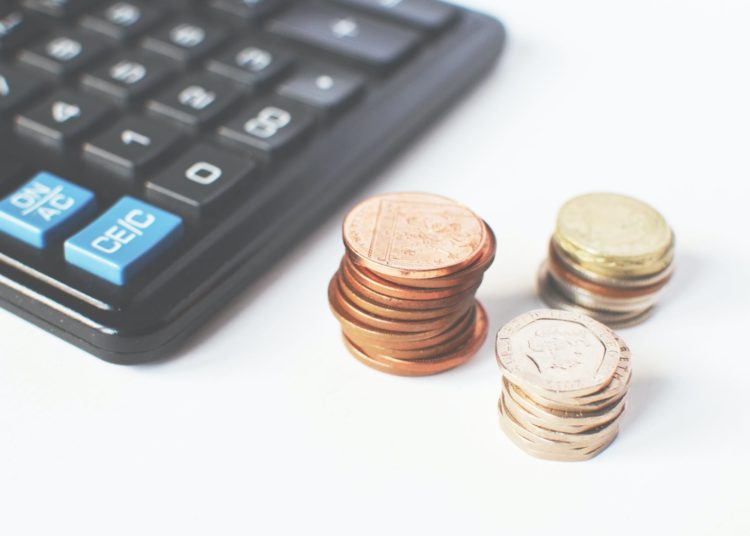 Photo by Breakingpic on Pexels.com

The coronavirus crisis has caused a major upheaval within the UK welfare system, with a surge of people applying for universal credit amid staggering rates of unemployment. With the furlough scheme coming to an end, the government has announced the job support scheme to address this surge. However, economists predict that this scheme will not prevent a further one million workers losing their jobs during 2021, with those in lower-income groups hit hardest. These schemes do not address the systemic problems of the social security systems in place.

As in every other part of the country, the livelihoods of many in Leeds have been shattered by the pandemic. This is illustrated by a rise of 22 percent in people claiming unemployment-related benefits in West Yorkshire in May alone. However, many people were already living in dire economic circumstances prior to Covid-19. The work and pensions select committee estimated that a staggering 22 percent (173,623 people) of Leeds residents were already living in relative poverty (after housing costs) back in 2018.

In response, Liberal Democrat councillor Jonathan Bentley and Green councillor Ann Forsaith put forward and passed a Labour-amended motion with cross-party support calling for a universal basic income (UBI) to be piloted in Leeds. The motion is partly a result of work by UBI Lab Leeds, a group of activists, campaigners and academics who are exploring the potential of UBI in the city. It is part of a national campaign by the UBI Lab Network to call for UBI pilots across the UK.

The idea is rapidly gaining momentum. The Liberal Democrats adopted it as full party policy on 25 September. Leeds is now the eleventh council after Edinburgh, Fife, Glasgow, North Ayrshire, Liverpool, Sheffield, Hull, Norwich, Belfast and Newry Mourne & Down to pass a motion calling for a UBI pilot in their areas. UBI, also known as basic income, would provide all UK residents with a regular cash payment regardless of their income, wealth or employment status. The essential principle behind UBI is that all citizens are entitled to a livable income. Many advocates of UBI have pointed out how the scheme would mitigate the economic, moral and social faults of universal credit. These do however deserve to be repeated, as these are not often mentioned by UBI’s opponents.

A key issue of the universal credit system is that it’s means-tested. This brings with it complexity, bureaucracy and stigma. Long waiting times exacerbate mental, social, and economic hardship, as poor people do not have the capacity to save for an emergency. 2016 research by the Money Advice Service found that 16 million British residents had less than £100 in savings. The current system increases the potential of a ‘precarity trap’, as the long waiting times of at least five weeks for the first payment (some households waited eleven weeks for first payment), and high taper rates when taking on part-time hours act as a disincentive to take short-term or casual jobs. Research in the Lancet medical journal this year observed that universal credit contributes to deteriorating mental health issues among recipients. The long, intrusive process and the arbitrary determinations of eligibility induce stress.

A UBI, if designed properly, would reduce the bureaucracy needed to administer welfare benefits, making it simpler to implement, and slashing poverty and precarity traps.

The fact that universal credit is means-tested also has important moral and social implications. The process of obtaining universal credit is humiliating. The income and spending habits of recipients are assessed to give claimants the bare minimum required to afford essentials. This process acts as a disincentive to claiming benefits that people are actually entitled to within the current welfare system. A UBI which serves as a right for all rather than a privilege would abolish stigma and preserve people’s dignity.

On top of this, a UBI could alsobring large benefits to the economic, social, creative and cultural life of cities such as Leeds. It would encourage people to work on a small business idea, despite the hardships of the current pandemic. A UBI may encourage people to volunteer in their community or engage in other activities which bring them fulfillment, and which adds greatly to city life.

Opponents claim the opposite, of course. Some argue that transitioning from a means-tested welfare system to a UBI would make people ‘lazy’. However, basic income trials from a range of other countries showed that there is no negative impact on employment, and its recipients are more likely to start small businesses, undertake community activities, or continue their education. The trials also reported significant improvements in mental health, reduced indebtedness, reduced crime, increased school attendance and increased empowerment for women. These results strengthen the case for a UBI.

Opponents also argue that implementing a UBI is unaffordable. However, recent research published by economist Karl Widerquist found that to provide £7,706 a year to all adults and £3,853 to all children in the UK could cost as little as £67bn a year. This is in stark contrast with the £438bn a year mentioned by UBI’s opponents. This significantly larger figure is the gross cost of providing a UBI, before factoring in all the savings through increased tax revenue and reduced spending on top-up benefits like tax credits. £67bn would be the net cost. Most UBI schemes would work in tandem with progressive taxation, which means that higher earners would effectively pay their UBI payment back in tax – this is how child benefit, universal healthcare and state education work.

In addition to large administrative savings, a UBI would be invested straight back into local economies as it is spent. Over time, the effects of poverty will diminish as the costs of crime, homelessness, mental illness, domestic violence and other social problems decrease. Evelyn Forget, a Canadian researcher, found that the financial security provided by a basic income, when it was trialed in Canada in the 1970s, was linked to an 8.5 percent reduction in hospitalisation, which in turn reduced Manitoba’s healthcare costs.

There are numerous well-founded arguments for a change from universal credit to a UBI in Leeds, Yorkshire and the wider UK. Evidence from local pilot schemes might prove to be the final step required to convince the public of its merit. Leeds aims to rebuild a better, more compassionate society after Covid-19, and has now joined the national campaign to explore a UBI. There is no better time than now to start making it a reality. Let’s make UBI our generation’s NHS!

Remco is a recent doctoral graduate in international health from the University of Leeds. Originally from the Netherlands, he has lived in Yorkshire for the past four years. His areas of interest include nutrition, social protection, urban studies and the environment. He recently joined UBI Lab Leeds - a civil society group consisting of activists, campaigners and academics that brings people together to promote universal basic income and ultimately contribute to its introduction at the national and global level.