Marcus Rashford has called on the government to reverse a decision not to provide free school meal vouchers during the summer. 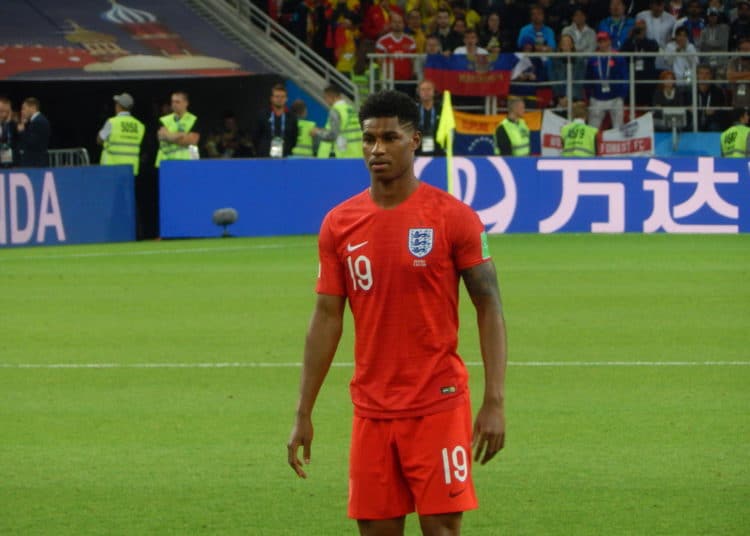 Today in an emotional open letter Manchester United and England forward Marcus Rashford has called on the government to reverse a decision not to provide free school meal vouchers during the summer.

The footballer, who has raised nearly £20m through FareShare, a charity that helps fight hunger and food waste, has written to all MPs urging them to support the continuation of the scheme during school holidays.

As schools closed in March due to coronavirus a food voucher scheme was set up to guarantee meals to children who relied on food being provided at school. The Department for Education has said the scheme will not continue in the summer holidays pointing instead to the new £63m local authority welfare assistance scheme to support the most vulnerable families.

However, the Children’s Society warn that the funding falls “far short” of the £250m needed saying: “Local welfare schemes have been gradually eroded, with one in seven local authorities now offering no scheme at all.” A survey by the Food Foundation in May said that more than 200,000 children have had to skip meals because their families could not access enough food during lockdown.

Holiday hunger is nothing new. Even before the pandemic it was estimated around 3 million children who get a free school meal may go hungry during the holidays. Analysis by the Child Poverty Action Group last year found that there were 600,000 more children in severe poverty than there were in 2014. This figure is set to rise even further, driven by welfare cuts, benefit freezes and a lack of pay growth. A decade of austerity means local authority support and services has also diminished.

Lockdown has only exacerbated the perilous economic circumstances for those on low incomes or who rely on benefits. Delays in universal credit payments, the benefit cap and the two-child limit, have pushed more families into extreme poverty. Lower-paid agency workers and those on zero-hour contracts have been most likely to be furloughed or lose their jobs with the ability to find a new job, or indeed any work, rendered almost impossible.

Despite the announcement of a raft of measures during lockdown, the government appears to have a surprising blind spot when it comes to families with children and very little has been directed at those children who live in poverty. Yet as Rashford points out in his letter, food poverty in England is a pandemic that could span generations if we don’t change course now.

With food aid from Sheffield City Council, plus generous donations from business, voluntary agencies and the public, most food banks to date have been able to meet demand. In fact, since March the community response to Covid-19 across Sheffield has seen some amazing acts of kindness and enterprising new initiatives.

Faced with a shortage of flour, one of the volunteers involved in the S11 mutual aid group, local resident Joanne Chapman, decided to buy flour from Sheffield wholesalers Hukin’s and make it available to local people. Within the first week it was clear that there was a huge demand and a willingness to donate – in one case, a donation of £50 for just a few kilos. It is now being run as a social enterprise, BreadforSheffield, by St Mary’s Centre. To date nearly £5,000 has been raised.

“The covid crisis is a complete disaster for families in Sheffield already on the breadline. Families who were getting by are suddenly in need of food to help them get through this crisis and demand at foodbanks has increased by 300 per cent since the lockdown started.”

But it is evident this is short term. Whilst it seems that at present food banks are pretty well resourced in terms of food, funds and volunteers it is expected to start to tail off over the next couple of months. Morrisons may be stopping their generous food donations, the council is winding up its food supply and the essential volunteer drivers and helpers are going back to work. Plus, donations are already starting to decline.

To make matters worse, the UK economy is in for a very rough time over the next months and years, as has recently been pointed out by the Organisation for Economic Cooperation and Development and the Office for National Statistics. The level of need for those affected the most will continue for some time, and more will no doubt fall into poverty as furlough turns to redundancy

Writing in the Guardian  last month Polly Toynbee expressed a hope that the pandemic would change people’s social sensitivities beyond recognition. The last 10 years though has widened the inequality gap with Sir Michael Marmot’s report in February showing just how steep the deterioration in health inequalities in England has been since 2010. “Austerity,” he warned, “will cast a long shadow over the lives of the children born and growing up under its effects.”

It was Mahatma Ghandi who said, “A nation’s greatness is measured by how it treats its weakest members.” The Tories have been in government, in one form or another for ten years. This has been on their watch. As Marcus Rashford says, “I encourage you to hear their pleas and find your humanity … This is England in 2020, and this is an issue that needs urgent assistance. Please, while the eyes of the nation are on you, make the U-turn and make protecting the lives of some of our most vulnerable a top priority.”