There are clear links between the Northern Ireland protocol and the current violence in the region, with a new deal far from agreed. 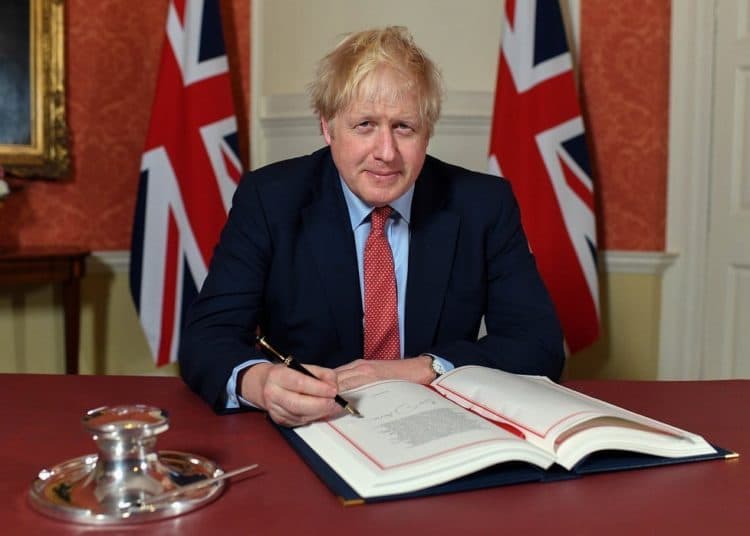 The Guardian reports that intense “technical talks” have been taking place between UK and EU officials over the past two weeks, in an effort to find a way round some of the border checks set out in the Northern Ireland protocol.

The two sides are said to be “edging towards” a new deal which it is hoped will help to diffuse the tensions threatening to run out of control across the province.

However, Mujtaba Rahman, a former Treasury official who has worked for the European Commission and is now managing director (Europe) of the geopolitical risk firm Eurasia Group, cautions against the idea that a breakthrough is imminent. He is a man with high-level connections in Brussels and London and is usually on the money.

Rahman claims “many” people have told him the prime minister “is in denial about [the] role his Brexit deal is playing in sparking violence in NI”.

In a Twitter thread, he says the gaps between the two sides “remain substantive & substantial” and he claims some of the optimistic press reporting has been described to him as “surprising”.

Rahman says the gaps are not only on food (sanitary and phytosanitary) standards, where there has been no meeting of minds anyway, but also on “well over 20 substantive issues” that still need to be resolved and with yet “no agreement on whom the onus lies to fix them”. This is pretty basic stuff.

He says the EU wants a ‘roadmap’ from the UK government about how it intends to implement the protocol. Whereas the government has only agreed to a ‘work program’.

The difference isn’t just semantics, he suggests: the first implies all obligations fall on UK; the second that it’s a joint endeavour. “A compromise ‘road plan’ won’t resolve this underlying problem”.

Rahman goes on to say there is scepticism in the EU about the British side’s long-term objectives. “Is it really committed to an end state where Protocol will be fully implemented?” Given Johnson’s attitude to the whole issue of Northern Ireland, and his capacity to make statements not anchored in reality, this is perhaps understandable.

He concludes that, from the EU’s perspective, all the issues presently on the table have already been thoroughly discussed with the outcome being … the NI protocol.

As Rahman says, violence on the streets of Belfast is bringing a new urgency and putting pressure on both sides to adopt a more conciliatory tone, but reaching “durable solutions that both can agree to is going to take some serious reflection & real work at both political, not just technical, level”.

At the moment “they aren’t close”.

Rachel Sylvester, a former Daily Telegraph colleague of the prime minister has a piece in Prospect magazine in which she suggests Johnson’s carelessness over Northern Ireland is an undeniable factor in the current violence. She relates a story of how as a reporter, he came into the newspaper’s tiny House of Commons’ office, “plonked himself down at the desk next to mine and declared that he was writing about Northern Ireland. ‘Remind me,’ he said, ‘which ones are the orange johnnies?’”

Sylvester says, “It is remarkable that the leader of the Conservative and Unionist Party is neither a conservative nor a unionist. He is, in the words of one former cabinet minister, a ‘Borisonion’, which is why he is so careless of others. The tragic consequences of that carelessness are now playing out.”