Alex Toal breaks down the Greensill scandal, and the wider problems in the lobbying system that David Cameron has revealed. 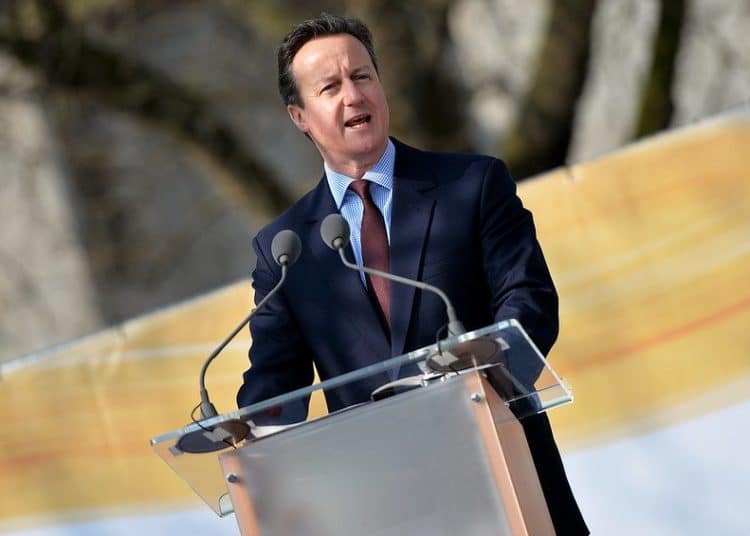 While the nation’s media went mostly quiet for the death of Prince Philip, an evolving story throughout the weekend has been the Greensill scandal. This scandal – involving the former prime minister David Cameron and current ministers Rishi Sunak and Matt Hancock – is shocking, but perhaps not surprising. Our political system and wider democratic structures, including the media, fail to show any real concern about unethical conduct of this nature.

How the Greensill scandal unfolded

Friday: The Treasury released a pair of texts sent by Chancellor Rishi Sunak to David Cameron. Cameron had previously asked Sunak that Greensill Capital be given access to government-backed loans. Sunak had claimed to have “pushed the team” at the Treasury “to explore an alternative”.

Ultimately, Greensill failed to get the loan from the Bank of England that Cameron had asked for. However, they were later given access to a different loan scheme, which could have helped them access as much as £50m of taxpayer money. Earlier this year, they applied for insolvency, presumably still owing the taxpayer money.

Sunday morning: It emerged that Cameron had had a “private drink” with Matt Hancock to discuss contracting Greensill to run an NHS payment scheme.

Sunday evening: David Cameron released a 1,800-word statement designed to clarify his role in the affair. In this, he admitted to having asked Sunak for support, and justified this with the extraordinary nature of the pandemic. He said:

“As a former Prime Minister, I accept that communications with government need to be done through only the most formal of channels, so there can be no room for misinterpretation.”

Of course, this underestimates the ethical questions at hand. Under Cameron’s premiership Hancock rose from a new MP to the threshold of the cabinet. It was on his ‘unofficial A-List’ that Sunak was first elected to the Commons.

It is not just that Cameron had an uncomfortable level of access. He had helped these ministers early in their political careers, and then asked for something in return.

What we don’t yet know is whether Cameron and Greensill actually got anything from this. The loan from the Bank of England may be part of the “alternative” which Sunak had pushed for, or it may be legitimate.

Details may emerge from the coming government inquiry, but given that they have been accused of rewriting the Sewell report to put themselves in a more favourable light, it is uncertain how useful it will be for them to mark their own homework.

It is not necessarily a bad thing for businesses to have access to cabinet ministers to pitch ideas to them. Whether we like it or not, ministers are not all-knowing, and input from stakeholders like businesses, charities, and unions, has long been seen as a good way to make sure that the decisions the government makes are not just pipe-dreams imagined by policy wonks.

However, Cameron had a level of access to senior decision-makers that other businesses lacked. Given that three million people have been still excluded from government support since the start of the pandemic, it is not unreasonable to feel a degree of injustice that a former prime minister could get the current chancellor to try to change government policy as a personal favour.

It seems as though Cameron’s claim not to have broken any rules is true. But this itself highlights just how weak the rules are that regulate how the private sector interacts with public officials in this country.

As iNews reported two weeks ago, 66 of Cameron’s former ministers and advisers took jobs linked to their portfolios within two years of leaving government. Some, such as Priti Patel and Oliver Dowden, have gone back into government since.

This ‘revolving door’ is a toxic merry-go-round. MPs come into politics from the business world. They can, and do, receive tens of thousands from private firms when in office, and can expect well-paying lobbying jobs once they have left politics for good.

This is particularly a problem among the Conservatives: the 20 MPs who made the most from outside of Parliament in 2018/19 were all Conservative. These included current cabinet members Boris Johnson, Michael Gove, Dominic Raab, Matt Hancock, and Brandon Lewis.

The revolving door has consequences

Cases like Greensill may make prominent examples, but this close relationship between big business and senior decisionmakers cannot help but lead to a class of policymakers isolated from the reality of their decisions.

When ministers spend more time at dinners with lobbyists than speaking with their constituents, is it any surprise that from 2010 to 2019 the number of billionaires in the UK doubled, as 1.5 million people in this country were unable to afford the basic essentials?

The Greensill story is shocking, but not surprising. Our system has few checks to prevent current and former officials from benefiting from their access to power.

Moreover, its incentive system does little to discourage public servants from selling this to the highest bidder. While parliament does have rules and standards like the ministerial code, they are often too vague or too loose. Even worse, they are often enforced by the same people meant to obeying them.

We can, of course, change this. Gordon Brown has already come out advocating a tightening of lobbying laws, including banning former prime ministers from lobbying for five years.

This won’t truly change, however, until we have a political system that truly cares about this sort of corruption. This has to start with the media, to set the national conversation. Perhaps if press covers political corruption as much as they do the goings-on of the royal family, it will matter enough to voters for our leaders to do something.