The IEA's Shanker Singham, once described as the hard Brexit guru, has been roasted on Twitter over his 'smart’ border solutions 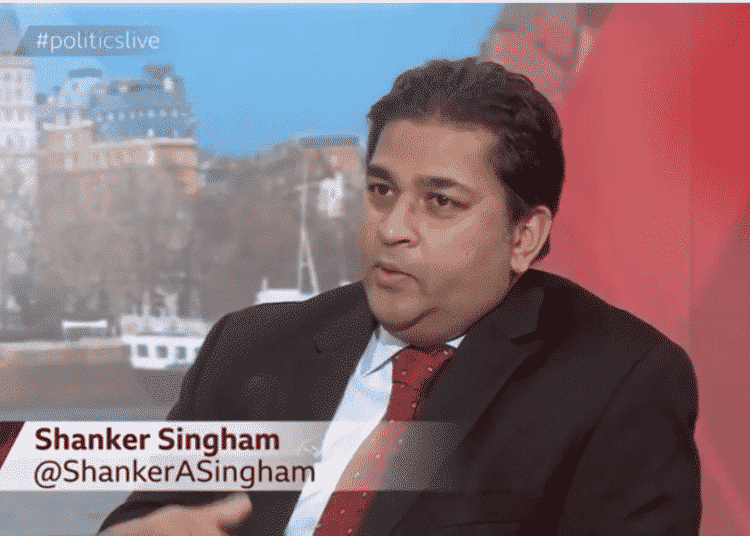 Shanker Singham, once described as the hard Brexit guru, has been roasted on Twitter over an article he penned for The Times where he continues to advocate ‘smart’ border solutions that appear to exist only in his imagination, or are proposals that the EU has already rejected as unworkable several times.

He tweeted a link to his piece which had 287 comments at the last count, virtually all of them negative and many of them highly critical:

For reasons that are not clear, the tweet carries The Times’ picture of harrowing scenes at Kabul airport on Monday and does nothing to help Singham’s tattered reputation for knowing anything about borders.

One respondent, Siob, Princess of Yorkshire @SillyShib said simply, “I must admit, you have a gift for writing papers that say nothing. The Alternative Arrangements one! How we laughed!”

In his piece, Singham calls for Britain to move away from “dumb” customs processes requiring “complex paperwork” to what he describes as “smart processes connected to our knowledge of the trader”. This concept is often referred to as ‘alternative arrangements’, something that appears unrecognised by any country in the world and which he has never convincingly explained.

He talks of Britain “tilting” towards the Indo-Pacific region and North America but concedes there will be no early UK-US trade deal (he holds dual US-UK citizenship). Singham urges Liz Truss to “negotiate smaller deals such as in financial services, mutual recognition of trusted trader programmes, data and digital agreements and mutual recognition agreements” as a down-payment on a larger deal.

Singham is obsessed with mutual recognition agreements (MRAs) which, ironically, he often fails to understand. The EU has many MRAs, but these are confined to conformity assessment only and usually with distant countries like Canada, where the expense of having a product CE marked or certified to Canadian Standards is excessively high. This is not mutual recognition of standards and does not preclude checks.

India presents an opportunity, says Singham, for the UK’s “highly focused offensive interests in legal and financial services, and its comparatively lesser defensive baggage in agriculture” the latter being a reference to the lower standards he has advocated, as we pointed out last year.

Former MEP Sajjad Karim, responding to professor Chris Grey, was quick to explain that India is not noted for its open market in financial services and called it “magical thinking”.

Singham works for the IEA, a shadowy ‘hard-right lobby group’

Singham (known in some quarters as ‘snake oil’ Singham), in addition to his own trade law and economic policy consultancy, works for the Institute of Economic Affairs (IEA). The reputation of this supposed think tank was shredded earlier this month, when OFCOM ruled that James O’Brien of LBC had not in fact ‘smeared’ the IEA as they had claimed, by describing it as a “hard-right lobby group” – among other things.

O’Brien, a tireless anti-Brexit campaigner, said on air that you “turn your radio and your telly on and there will be some Herbert from the Institute of Economic Affairs popping up once again being treated with the same respect as proper experts”.

It’s not clear who he was referring to as a Herbert, but some might think it was Mr Singham.

O’Brien also claimed that the IEA was engaged in lobbying on behalf of corporations. He had accused it of working for “vested interests of big business, fossil fuels, tobacco, junk food”.

Ofcom found that material facts were “not presented, disregarded or omitted in the programmes in a way that was unfair to the IEA”. They did not consider it necessary for the IEA to have a timely opportunity to respond. For the IEA, it was a spectacularly humiliating own goal, confirming what many people already knew.

O’Brien urged newspapers and media outlets to stop quoting from an organisation that he said is registered as “as an educational charity because they don’t reveal who funds them”. This obviously didn’t resonate at The Times, who went on to print Singham’s article as authoritative.

In February 2019, the Charity Commission formally warned the IEA about using its resources to campaign for a hard Brexit, a warning that was withdrawn a few months later after a contrite IEA agreed to work with the commission to “improve its processes” after “a breach of charity law”.

If Britain is to get out of the quagmire of Brexit, the first step should be to put an end to the malign influence of opaquely funded ‘think tanks’ and silence the ‘Herberts’ who can only offer magical solutions to complex issues of trade.