Food shortages loom as trade talks go down to the wire 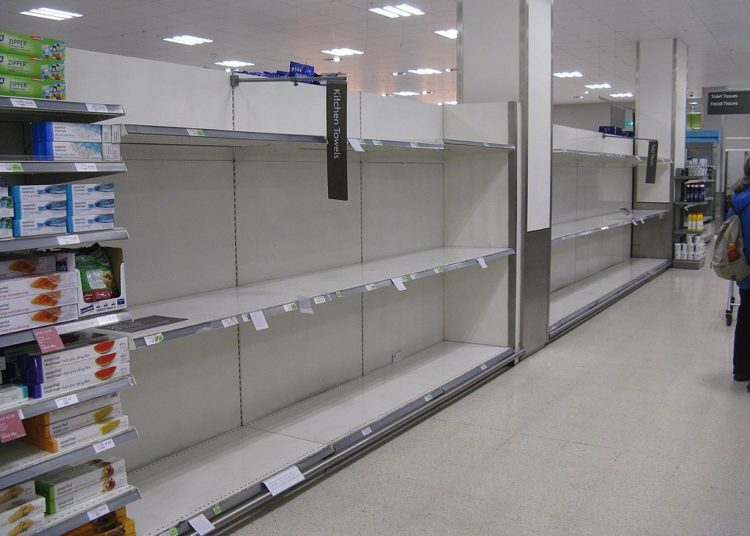 The UK government’s lack of preparations for post-Brexit borders after the transition period will lead to disruption and food shortages that could last for weeks or even months.

iNews reports that the UK should brace itself for months of food shortages from 1 January, as the EU begins to apply strict customs procedures threatening long delays which will put off EU truck drivers from attempting to deliver goods across the Channel. This will occur whether or not a trade deal is agreed with the EU.

Marco Digioia, secretary general of the European Road Haulers Association, said he was priming his membership for “huge bottle necks between the UK and EU” adding:

“You can expect empty shelves in supermarkets from the first week of 2021. It’s a complete nightmare scenario. It will last for weeks, even months.”

And the managing director of policy and public affairs at the UK Road Haulage Association told Times Radio on Tuesday that, at best, things will be shambolic and, at worst, catastrophic. He warned that the government will try to pin the blame on hauliers.

Earlier Ken Murphy, Tesco’s new chief executive told Sky News the logistics issue around the movement of products between Great Britain and Northern Ireland and between mainland Europe and the UK was “the biggest challenge” facing the company at the year’s end and he could not rule out the prospect of prices increases to reflect any additional cost increases as a result.

It comes as trade talks enter the final crucial phase, with the two sides still unable to reach agreement on fishing access and quotas and the level playing field of competition policy.