Jack Walker assesses what Donald Trump's presidency has meant for peace in the Middle East, and what the challenge this presents Joe Biden. 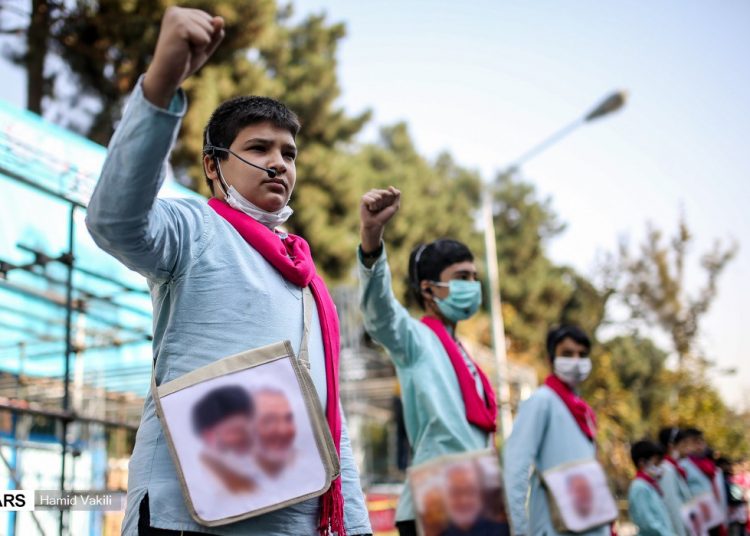 "File:Children of Iran (1).jpg" by Hamid Vakili is licensed under CC BY 4.0

To anyone who hoped that 2021 might bring about some sort of peace, stability or security to the Middle East, the assassination of Iran’s top nuclear scientist Mohsen Fakhrizadeh will be of little comfort.

The past four years have, in truth, been a tumultuous year for US-Middle East relations and diplomacy, largely thanks to the heavy-handed and clumsy foreign policy of the United States. President Trump spared no expense at implementing his America First vision of the world, resulting in its departure from multiple international treaties and surprise troop withdrawal announcements.

There is no better example of Trump’s unique foreign policy decision-making than in Iran – all beginning with his 2016 campaign promise to withdraw the US from the Joint Comprehensive Plan of Action, better known as the Iran nuclear deal. The deal was first brokered in 2013 between China, France, Russia, the United Kingdom and the United States (the five permanent members of the United Nations Security Council known as the P5), as well as Germany, the remainder of the EU member states and Iran. It was signed into international law in 2015. It was designed to encourage Iran to reduce its nuclear enrichment capabilities, in return for a gradual lifting of sanctions imposed by the US and Europe.

Trump’s decision to withdraw the US from the deal in May 2018 significantly weakened a multilateral agreement, that many who were involved in the its creation agreed was beginning to work, and strained tensions between the US and Iran. Following Trump’s announcement to withdraw from the deal, the president also reinstated sanctions on Iran in November 2018.

Yet this was not a one-off issue for Trump’s foreign policy. Over the past four years, Trump’s actions have made it seem like a fresh war in the Middle East has never been far away. In June 2019, the president called off drone strikes across Iran at the very last second, in response to Iranian threats to occupy and shut down the Strait of Hormuz – a strategically important oil and gas shipping route between much of the Middle East and the rest of the world.

Tensions between the US and Iran reached levels unseen for years in January 2020, when a US drone strike assassinated Qasem Soleimani, leader of the Quds branch of the Iranian Revolutionary Guard and widely considered Ayatollah Khomeini’s second-in-command. The assassination was condemned worldwide, with Iranian MPs voting to expel all foreign troops just two days later. Three days after that vote, Iran then retaliated with force by launching missiles at several US bases in Iraq. Even politicians in the United States condemned the assassination; the Democrat-controlled House of Representatives held a (largely symbolic) vote to limit the president’s powers to declare and authorise war, fearing that Trump might unconstitutionally lead the United States into a war in Iran without the consent of Congress. Fortunately for the rest of the world, that was the end of the skirmish following the Soleimani assassination.

But Soleimani’s assassination wasn’t the end of US-Iranian tensions through the Trump administration. In November 2020, just days after the 2020 presidential election, Trump again contemplated a drone strike in Iran, this time in response to announcements that it had expanded its uranium supply beyond levels laid out in the Iran nuclear deal. Presidential aides once again managed to persuade Trump that a retaliatory drone strike would be a bad idea.

Essentially, Trump withdrew the United States from the Iran nuclear deal, yet continued to expect Iran to meet its targets and agreements. The US has also been much more prepared to use force and violence in the form of drone strikes to accomplish its aims.

The assassination of Iran’s top nuclear scientist at the end of November 2020 is another dangerous escalation between the West and its Middle-Eastern allies, and Iran. Just hours after the assassination, Iran announced that Israel was responsible and vowed to retaliate. The US is probably Israel’s most important ally and so any Iranian response to the assassination is also likely to include the US too, possibly in the form of more military strikes as seen after the Soleimani assassination.

The assassination of Fakhrizadeh also comes in the context of a secret meeting between Saudi Arabia and Israel, who are on poor diplomatic terms historically but who both share a common enemy in Iran. With fresh concerns that Iran is continuing to expand its nuclear enrichment capabilities, it is not out of the realms of possibility that Saudi Arabia and Israel share a common concern for their security.

So what can Joe Biden do about the situation in Iran that he will inherit in just over six weeks? As part of his 2020 presidential campaign, Biden stressed that he will return the US to the Iran nuclear deal. Biden’s campaign website states that, “President Biden would re-enter the agreement, using hard-nosed diplomacy and support from our allies to strengthen and extend it”. As part of his commitment to multilateral and cooperative diplomacy, the likes of which were seen during the Obama administration, Biden has chosen Antony Blinken as his secretary of state. Blinken was deputy secretary of state between 2009 and 2013 when Hillary Clinton was secretary of state.

The world is collectively, silently, holding its breath that the incoming Biden administration can return a sense of normality and decency, both to the United States and to the globe. Defusing the tension stoked by the Trump administration in Iran and across the Middle East will be a helpful indicator to important European and global allies that a President Biden will be serious about returning the United States to cooperative diplomacy – discontinuing the isolationist, America-First politics of his predecessor.

Food shortages loom as trade talks go down to the wire