Dominic Cummings’ first day back saw him enter HQ in a suit; something of a first, which makes you wonder if he finished last term with a note to his mother about the dress code. 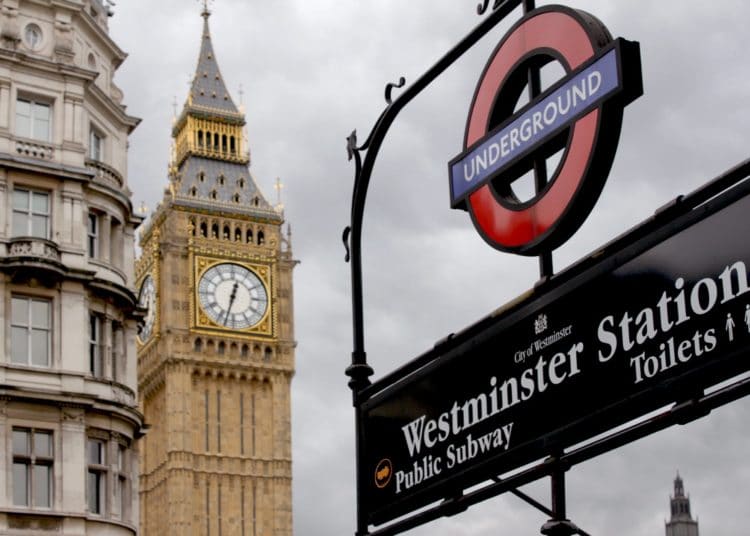 Photo by Marianna on Pexels.com

You can tell it’s the start of a new term for the rich kids when they turn up in smart new uniforms at the gates. Dominic Cummings’ first day back saw him enter HQ in a suit; something of a first, which makes you wonder if he finished last term with a note to his mother about the dress code. Perhaps this is meant to indicate that he means business. And indeed, there is business to be done.

Of immediate concern to MPs will be what steps have been taken to ensure their workplace is a safe environment while a pandemic continues to ravage the country. If Jacob Rees-Mogg doesn’t table a motion by today (Wednesday) to extend the current arrangements, then it will be back to normal for our MPs. Of course, this may be just the signal the government wants to send to the rest of the country, as it attempts to get people back to their offices, but it would mean social distancing for MPs goes out the window.

Still, our MPs have plenty in their in-trays to keep their minds off the possibility of another work lockdown, with seven Brexit-related bills to complete before 31 December.

Besides the environment bill, the Commons has to complete the fisheries bill, the private international law (implementation of agreements) bill, and an internal market bill. Meanwhile, m’Lords have to complete proceedings on the agriculture and immigration bills, and start scrutinising the trade bill and the medicines and medical devices bill. Peers will then have to tackle the environment bill once the Commons has finished with it.

And of course, what if that oven ready deal suddenly materialises and legislation is required to bring it over the table? A huge amount of parliamentary time needs to be carved out for that.

In terms of non-Brexit-related legislation, the government has given itself a major task, with no fewer than 40 bills outlined in the Queen’s Speech last December. For a full list of their progress, and a discussion of the state of the statutory instrument programme, see Dr Ruth Fox’s excellent review for the Hansard Society here.

So, what can trip the government up this term and what will Conservative Party managers be most concerned about?

Well firstly, eyes down for another battle between Boris Johnson and the House of Commons liaison committee, scheduled for 16 September. Whether or not he intends to do more press ups in an attempt to flex his political muscles is as yet unknown, but trying to defend the government’s record of competency when the last few months have seen a world-beating number of U-turns and missed targets, will take more than good pecs.

Select committees are proving to be worth their weight in political gold, often exposing worrying weaknesses and in some cases a significant lack of ministerial grasp (Yvette Cooper questioning Priti Patel is a must watch). As Ruth Fox notes, the new Covid-19 committee is also worth monitoring. And who would want to miss Gavin Williamson’s appearance before the education select committee on 16 September? A personal favourite of mine is the public administration and constitutional affairs committee, though some fear the government has plans to emasculate it – after all, its prime function is to scrutinise and shine a light on the government.

There are a couple of real problems for Johnson from his own backbenches. The first is the expected and much publicised overhaul of the planning system, to create what is badged as a ‘clearer, rules-based’ system. Many see this as a developers’ charter, with an opportunity to clear the way for much quicker planning decisions, with fewer strings attached. This is going to create a problem for some MPs and bring about some head on collisions between them and Robert Jenrick. There is one mother of a battle being fought in South Oxfordshire for example, and others will follow.

Here in Yorkshire it will be interesting to see what Philip Davies and Robbie Moore make of this. These MPs have joined together to petition the government to separate their constituencies of Shipley and Keighley from Bradford Metropolitan District Council so they can form their own local authority. One of the stated aims is that “all planning decisions would also be taken by local councillors rather than by councillors in Bradford, helping us to protect our precious greenbelt which Bradford Council has been concreting over for too long”. Good luck boys with that one.

The other piece of legislation likely to cause a governmental headache is the internal market bill, with the issue of ‘common frameworks’ across all parts of the UK. This is shaping up to be an almighty ding-dong, especially between the UK parliament and Holyrood, as the government attempts to prevent new barriers to trade within the domestic market. As Jess Sargeant of the Institute for Government explains, “Pushing ahead without buy-in from the devolved administrations is not a sustainable long-term strategy”. Expect fireworks – and an even greater surge in the polls for the SNP.

On that note, there will be further developments from Northern Ireland too. The Northern Ireland protocol introduces a dual tariff regime, with customs checks between Great Britain and Northern Ireland. The need to offer protections and continued assurance about peace and security remains for all parts of the UK, but in Northern Ireland in particular this requires good statesmanship. And if the Democrats win in the US presidential election in November, there will be renewed international pressure to protect the Belfast Good Friday Agreement.

If this is not enough, there are three other big elephants in the room for the government to deal with, all to do with management. The first is the government’s handling of the pandemic and in particular the fiasco around track and trace. It has not covered itself in glory here – slicing off great chunks of what should be an NHS-provided service to the private sector, and setting itself targets that it continually fails to meet.

The second is the handling of the economy. Rishi Sunak has to a large extent been the Tory poster boy for the last few months – with quite a bit of speculation in the press that he could be replacing Johnson as leader as early as next year. Of course, he will have to fight the mercurial Gove for that one, but he will also have to continue to appear competent in handling the economy – and with that shrinking by 20.4 percent compared with the first three months of the year, it may be hard. There is speculation that the economy is in such dire straits that the autumn statement may even get cancelled.

The third issue is the handling of Brexit. So dire are the prospects of any good deal – or indeed any deal – that talks resumed yesterday. According to Euractiv, some suspect that the UK is running down the clock, hoping that the distraction and disruption of the pandemic will mask the realities of a ‘no deal’ scenario. The bluff and bluster is diminishing, amid promises by chief negotiator Frost that a deal can be reached by September. But what sort of deal? History has shown us that a good and comprehensive trade deal is years in the making

A recent Best for Britain report has taken a deep dive into the sticking points in the negotiations to date – level playing field provisions, state aid and a fisheries arrangement. With less than two months available to avoid trading on World Trade Organization terms, and slow progress with other bilateral trade negotiations, it is now beyond bluff and double bluff. Potential deals with the United States, Japan, Australia, New Zealand and Norway are unlikely to be finalised before mid-2021, at the earliest. As Euractiv reports, the European Commission warned the City of London that there would not be time before early 2021 to set up close to 40 equivalency agreements to allow financial institutions to continue to have full access to EU financial markets. It’s finally dawning on the government what’s at stake and that what happens in the next six weeks is crucial.

All this is a lifetime away from the vim and vigour of the Vote Leave campaign and the swagger that accompanied the cries of “get Brexit done”. Chickens are coming home to roost. Cummings and Johnson can continue to employ the tactics of the Vote Leave campaign – gunning for anything that interferes in their master plans – but at some stage, all that will be left is their mess, with no one to clear it up.

Abolish the Electoral Commission, stymie the BBC, outsource track and trace, prorogue parliament, control appointments, sack key civil servants, destroy everything you can’t control. Create a noise stage left, to create a smokescreen. All that’s left now is a prime minister who has clearly lost control – possibly even of his own backbenches – and a boy back to school with a new suit and a shiny pair of specs. If Shakespeare were around today, he would have a field day – but is this tragedy or comedy? Sadly, this is real life, not a play, and it doesn’t look like there is going to be a happy ending.