The Brexit clock is ticking and the Home Office and Priti Patel are in a hurry to return asylum seekers to EU countries of entry, before the Dublin III provisions end on 31 December. 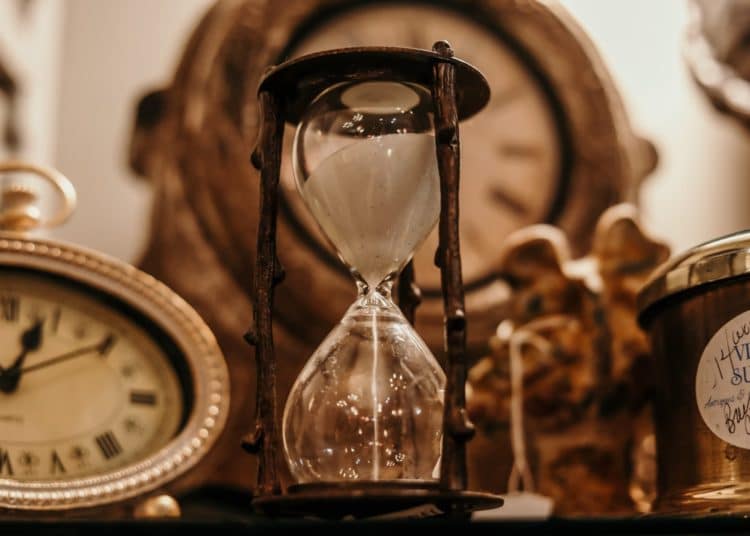 Photo by Jordan Benton on Pexels.com

On 26 August, the Home Office cancelled a flight, due to depart the next day and destined to return 23 asylum seekers to their country of entry into the EU. In response to the setback, the Home Office issued a short video stating that it was “being prevented by activist lawyers (who) delay and disrupt returns”. This was the second time the Home Office had accused lawyers of behaving inappropriately in asylum cases when the courts had ruled the returns unlawful.

Following a number of complaints, the Home Office withdrew the video and tweet and the permanent secretary, Mathew Rycroft, agreed that the phrasing was inappropriate and would not be used again. This did not stop a further pronouncement by an unnamed government source. According to The Times, Priti Patel was furious that the returns had been stopped and a spokesperson doubled down on the anti-lawyer rhetoric saying and that:

“There is a bunch of particularly loudmouthed lawyers and barristers who seem to spend more time on social media than representing their clients, who think even the mildest criticism of their profession will bring about the destruction of democracy. It’s patently absurd and they’d be better off leaving this kind of hysterical ranting to her Majesty’s Opposition”.

The focus of media reports has been on the government’s attempts to blame lawyers and to deny any merit in the asylum seekers’ cases. There has been very little attention paid to why the government is in such haste now and why this is likely to have a serious and detrimental effect on their decision making and the lives of asylum seekers who have crossed the channel this summer. The UK has less than three months in which to complete the UK’s paperwork to activate returns to EU countries before the transition period ends.

According to the most recent government statistics, there has been a marked increase in migrant boats this summer, about 5,000 people so far this year and over twice the usual number for the whole year. As we explained in a previous piece (see below), this is partly driven by the UK’s intention to stop family reunion transfers after the end of the transition period for exiting the EU. It is also driven by increasingly poor conditions for asylum seekers in some other European countries and the good weather in the channel over the summer.

Although the numbers of people arriving by boat are very high, the overall numbers of people seeking asylum in the UK dropped significantly in the second quarter of the year (April to June) as a result of coronavirus, and applications are still below the usual level. The government suspended its resettlement scheme in March due to the pandemic and has not yet restarted the programme.

Given the histories and circumstances of those arriving by boat, it is highly unlikely that any of them will agree voluntarily to return to the country of entry and will take every measure available to them to appeal the decision. Many would rather die than return either to their homeland or mainland Europe. The UK is the end of the road. Already, we are seeing hunger strikes and suicides in the detention centres. If they cannot join family in the UK, there is nothing left for them. An appeal is their only option.

Appeals or judicial reviews in respect of returning asylum seekers to the country of entry are not based on the merits of the asylum case, but on whether the case conforms to Dublin III criteria, is procedurally correct and the rules are applied fairly by the UK government. Over the years there have been a number of legal points established, which have narrowed the range of grounds for a successful appeal. For example, refugees are unlikely to win an appeal on the basis of the conditions in any EU country in which they have resided prior to crossing the channel, or that they were pressured into registering in another EU country. However, the vitriolic and inaccurate statements emanating from the government suggest that appellants may not be treated fairly or according to ‘due process’, in much the same way the ‘hostile environment’ was found to have influenced immigration administration during the Windrush deportations. The government therefore risks creating the conditions for appeal against its own judgments.

In normal circumstances, the Dublin ‘return clock’ would stop ticking if an appeal was lodged and removal suspended. But it is not clear what might happen to cases started prior to the end of the transition period and, possibly, concluded after it. The asylum processing and appeals systems are already clogged up and there are extensive delays, with asylum seekers waiting months for interviews. Yet rather than acknowledge that poor management of the system and the cruelty of its application are the main reasons for running out of time, the government accuses lawyers of trying to prolong cases in order that the time limits will be breached so that, by default, the UK will have to hear the asylum cases.

The government is clearly rattled and in a hurry. It is being harassed and taunted on a daily basis by Nigel Farage and other right-wing groups and the press. But it also has additional Brexit problems of its own making. The arrangements that allow the government to send back refugees to their initial point of entry into the EU will cease after the transition period ends on 31 December. In the now-retracted video, the government stated that the problem was likely to be a short-lived one in that the UK, “will soon no longer be bound by EU laws and can negotiate our own return arrangements”. While it is correct that the government will be able to negotiate its own arrangements, there are no signs of it making any progress in doing so.

If no new arrangements are put in place, and if there is no deal with the EU or individual countries, then there will be no legal means to return refugees. The only reliable means of establishing if a refugee has passed through another country is by reference to the EU database of registered refugees – a database to which we will not have access after 31 December.

The government has shown no willingness to build post-transition bridges with EU countries or facilitate future co-operation. In August, it introduced new policies that disallow appealing UK decisions against ‘taking charge’ (this is where a country agree to deal with an asylum application of a refugee living in another country, usually in family reunion cases). It has also instructed British officials to refuse taking charge of any child reunion case if the Home Office does not believe the normal two-month timescale for consideration can be met. Yet it is highly unlikely that the two-month period can be met in any of these cases, such is the backlog. Effectively, this means the ‘family reunion’ door to the UK has been firmly shut to refugees anywhere in Europe and the government has created a rigid and hostile approach to humanitarian requests from other EU countries. This approach will not win the UK sympathy from those in the EU now faced with demands from the UK to expedite Dublin III arrangements.

Being rattled and in a hurry is not an adequate defence in an immigration appeal or a judicial review for short-circuiting legal processes and denying applicants the right to legal representation. There are examples of failures on the part of immigration authorities to advise asylum seekers of the need for, and access to, legal advice and the failure of the Home Office to respond to applications from solicitors to reconsider cases. In such circumstances, solicitors have no choice but to trigger a judicial review.

Priti Patel is entirely reliant on EU law for the exercise of her immigration policies and while she is actively and aggressively pursuing the UK’s rights under EU law to return asylum seekers, she is attempting to deny the right of refugees to protect their lives and interests. The UK government has made little progress on putting right the damage caused by the Windrush scandal and seems to have learned nothing from it. Home Office staff, already seriously demoralised and under pressure, do not have the time, skills or access to advice needed for good decision making and lawyers, active in pursuing justice and fairness, are needed now more than ever.