The peaks of coronavirus and Brexit are converging at the worst possible moment to supercharge and amplify each other, threatening to engulf the government in a perfect storm over the next few weeks. 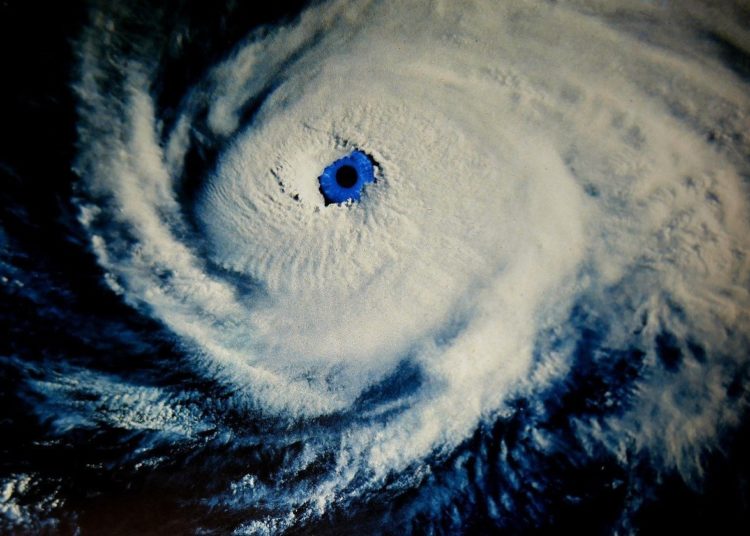 Image by moritz320 from Pixabay

On the day that the toll in Britain from Covid-19 reached a new, grim milestone of 1,564 deaths registered in the previous 24 hours, Brexit border issues prompted the government to circulate a consultation about a proposal to fast-track empty supermarket lorries returning to Europe to restock, as concerns about possible food shortages mount.

A government universally recognised as desperately underpowered, with a Cabinet of lacklustre mediocrities led by a manically disorganised fantasist, has found itself mismanaging the two most momentous national events for 70 years.

The twin crises of coronavirus and Brexit are converging at the worst possible moment to supercharge each other, threatening to engulf the government in a perfect storm over the next few days and weeks. This is no coincidence.

The prime minister can hardly be blamed for a global pandemic, although his handling of it in this country has been little short of disastrous from the outset. But Brexit is another matter altogether. The scale and timing were entirely in his gift. Johnson eschewed any extension to the Brexit transition period. It was a political decision.

To be prime minister during one crisis may be unfortunate, but to have two crises occurring simultaneously by choice opens him to accusations of reckless endangerment whilst in charge of a nation.

The battle against the deadly new variant of Covid-19 in our overflowing hospitals is starting to look like a war zone or an episode of MASH, with demoralised and exhausted clinicians having to make life and death decisions about rationing such critical things as oxygen supplies. Intensive care units (ICUs) are full, as cases continue to rise. More patients are being treated now than at the height of the first wave.

The figures are stark. Alongside record daily death figures, hospital admissions, whilst showing signs of levelling off in London, are still rising across five other regions. Covid bed occupancy on 12 January had increased by 22 percent in a week to 32,202 – 70 percent above the first wave peak according to the Health Service Journal. North Yorkshire hospitals have seen the number of covid patients double in seven days, surpassing the peak of the first wave.

NHS workers are already at breaking point. Chaand Nagpaul, chair of the British Medical Association, revealed in a letter to members that over 46,000 hospital staff are off sick with Covid-19, “heaping additional pressure on an already overstretched workforce struggling to manage even current critical care demand”. In North Yorkshire, the Local Resilience Forum was told that close to 500 staff were off work with covid or isolating, according to Yorkshire Live.

Christina Pagel, director of University College London’s clinical operational research unit, explained how the impact of staff shortages will manifest in worsening care for patients, with ICU nurses stretched to caring for as many as four patients at a time. The final stage, which London is now approaching, is “where patient care is not just compromised but cannot be delivered,” according to Pagel.

On Brexit, the Conservative Party cursed itself with a man in a hurry to deliver something, no matter how bad. The negotiations were rushed to meet a wholly artificial deadline, coinciding now with the third wave of the pandemic, as any sensible leader might have reasonably anticipated.

The prime minister’s lack of political convictions reduced him to being a prisoner of the far right of his party, for whom sovereignty is regarded much like the Golden Fleece. Prioritising it above all has resulted in everything else, including the wellbeing of the population, becoming devalued. Unfortunately, the ‘thin’ trade deal was the best we could expect against the ERG’s red lines.

But Brexiters nonchalance about the consequences of placing such a high value on sovereignty is starting to appear misplaced.

The UK fishing industry is on its knees after just ten days of the brutal reality of Brexit, and while the expected chaos at Dover has yet to materialise, it has been avoided only by a sharp reduction in traffic. This will be seen later in UK-EU exports, but in the immediate term it threatens our food supply chains.

Supermarket shelves are already displaying worrying empty slots in fresh produce sections. The hurried government 18-page consultation document marked “official sensitive” and seen by the Financial Times might have been accompanied by the sound of a large stable door closing. It says:

“Given the potential for border delays to impact supply chains over the next few weeks, we are proposing an emergency contingency measure …  to expedite the return of empty food lorries from the UK to the EU where they can be restocked with supplies”.

Not only does the Trade and Cooperation Agreement erect significant barriers, but it did so overnight on 31 December, leaving businesses too little time to adjust to the huge increase in bureaucracy. Many have stopped exporting and EU hauliers who make up 85 percent of cross-channel HGV traffic are simply refusing to come, following the fiasco with covid testing before Christmas.

As a consequence, shortages are becoming apparent and haulage rates have increased six-fold, costs which UK consumers will soon see at the till.

A BBC report this week from Suffolk entitled “Brexit export EU costs a ‘nasty shock’ for small business owners”, highlights the extra burdens placed on exporters, which appear to have come as a surprise despite the government’s campaign exhorting companies to “get ready”. This is likely to be repeated elsewhere ad nauseum over the coming weeks.

It is not as if nobody warned the government. Trade bodies repeatedly begged for an extension to the transition period, citing the massive complexity of the trade barriers Johnson’s chosen Brexit has deliberately introduced. Negotiating these barriers will introduce a permanent drag on Britain’s economy – but initially, companies, hauliers and freight forwarders need time to adjust. The acute shortage of customs agents cannot be solved quickly and it may be months or years before flow is anything like normal.

While Brexiters on the Tory right greeted the trade deal as the triumphant end of Brexit, it was in fact only the end of the beginning. The government has lost control of events through a toxic combination of ideology, incompetence and complacency. Johnson’s famous optimism alone will not be enough as the nation heads into the eye of a perfect storm.