Kerry Pearson introduces the new Yorkshire Bylines series, 'Biden 100'. Why is pressure put on presidents for their first 100 days, and what can they realistically accomplish in this time? 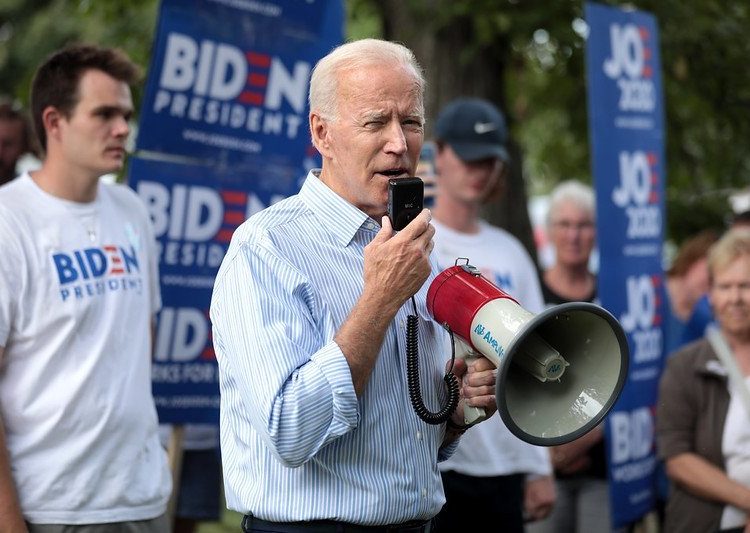 Joe Biden by Gage Skidmore is licensed under CC BY-SA 2.0

With less than a week to go until Joe Biden’s inauguration when he will become the 46th president of America, Yorkshire Bylines would like to introduce our latest series: ‘Biden 100’. The purpose of the series will be to follow Biden’s movements during his first 100 days as president and consider the path he will take throughout his first term.

First impressions count, and never has this rung so true as it does for the president of America. Despite a presidency term lasting 1,460 days, with the majority of presidents serving two terms (2,920 days), the first 100 days of their leadership prove repeatedly to be the most telling, significant and remembered (for better or worse).

In a Wall Street Journal article, historian David Greenberg suggests that focusing on the first hundred days of a presidency is ‘folly’, and that the passing of laws is not always the best indicator of a leader’s success. Nonetheless, presidents must take advantage of their first 100 days as they are what political scientist Julia Azari calls the ‘honeymoon’ stage with Congress, where it is astoundingly easy to push through new legislation. On 20 January 2021, the clock will begin ticking for Joe Biden; what can we expect from him and what can he realistically accomplish?

Franklin D Roosevelt (1933–1945 president) is both credited and blamed for pioneering the 100-day notion, after he acceded the presidency in 1933 and signed an overwhelming 76 pieces of legislation within three months. It is true that no president since Roosevelt has come close to this level of productivity, but his presidency changed the course of leadership for all who followed him.

In 1933, FDR, like Joe Biden now, was confronted with a struggling economy; in his inaugural address he told the nation, “I am prepared under my constitutional duty to recommend the measures that a stricken nation in the midst of a stricken world may require”. In his first term, FDR passed his most significant pieces of legislation: the Tennessee Valley Authority to improve the living standards of farmers and produce electrical power along the Tennessee River; the Emergency Banking Act which aimed to stabilise the banking system; and the Federal Securities Act.

Joe Biden has already outlined what he intends to accomplish in his first 100 days. Arguably the most notable is his pledge to take immediate action on the economy. As of December 2020, the current US unemployment rate is 6.7 percent, income equality is getting worse as the top 10 percent of American families own 75 percent of household wealth, and interest rates are at record lows. CNN reported that Biden’s administration intends to pass an extensive economic aid package and a series of executive actions to encourage financial recovery, with Biden pledging to “make sure we get immediate assistance to state and local governments to keep them from going under”. He is also set to support a trillion-dollar relief package that will assist local governments, expand unemployment benefits and increase job training for low-income citizens.

Joe Biden’s plans vis-a-vis the environment are also ambitious. Following Trump’s withdrawal from the Paris Climate Agreement (the global pact devised in 2015 to work against climate change), Biden has vouched to bring America back into the treaty, signalling his commitment to move away from Trump’s ‘America First’ isolationism, and to instead restore multilateralism. He has also proposed a clean energy plan, which intends to lead America to net-zero carbon emissions by 2050; once sworn in he plans to spend $2 trillion over four years, upgrading four million buildings in a venture to cut emissions.

Biden also hopes to reverse Donald Trump’s controversial and frankly quite devastating rule that renders it more difficult for the Environmental Protection Agency (EPA) to access major health studies. The Democrats’ recent triumph of the Senate is expected to help lawmakers reverse this policy. Biden, instead, aims to fortify and pump money into the EPA, which regulates the use of chemicals and pollutants in the USA in its mission to protect human and environmental health.

Finally, the 46th president guarantees a new blueprint of immigration policy. On the first day of his presidency, he promises to reverse Trump’s policy that splits immigrant children from their parents at the US-Mexican border. He also told NBC last month that he would create an immigration bill with “a pathway to citizenship for over 11 million undocumented people in America”. Biden is also set to make permanent Obama’s Deferred Action for Childhood Arrivals program, which allows individuals who were unlawfully brought to America as children to be exempt from deportation and to become eligible for a US work permit, an apparent juxtaposition to Trump’s xenophobic, cruel stance on immigration.

Joe Biden will not have to accomplish much to rank higher than Donald Trump in both American and global ratings. But he ought not be nonchalant: he is inheriting one of the worst economic crises the superpower has witnessed, a deeply divided nation in terms of both race and class, and a climate issue that can no longer be ignored. The first 100 days is not the end of the story, it’s just the beginning. Join us as we follow Biden’s most significant movements over the next 100 days.