For Brexiters the trade talks have always been about achieving a victory over the hated EU. The final high stakes game will be played out in Brussels with both sides intent on not breaching any red lines. But there can only be one winner, as Johnson will soon discover. 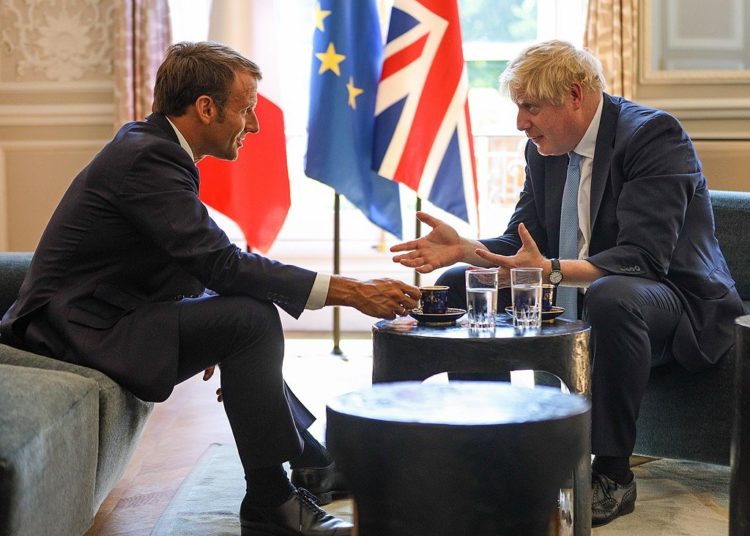 Fraught negotiations on the “easiest trade deal in history” continue in Brussels this week with ten days to go before the badly misnamed ‘transition period’ comes to an end.

Many commentators in the UK seem to believe the last-minute haggling is connected only with fish, but it is clear the two sides remain apart on key issues.

The FT report: Fish stuck in Brexit net with talks set to continue suggests quotas and access to UK waters by EU vessels is the main sticking point, but it also claims that competition policy is still at issue.

Rahman has close contact with the EU Commission and claims that France is unhappy with UK national oversight measures, which the EU wants to see incorporated into British law to ensure the level playing field remains completely level, as well as the rules to allow either side to retaliate if the other tries to gain an advantage.

These are existential ‘sovereignty’ issues for Brexit, and after nine months of negotiation they are still unresolved.

On Sunday, Mr Rahman tweeted that the EU had called Johnson’s bluff. Many on the UK side believed time pressures weighed more heavily on the Commission and the EU27, because of their cumbersome ratification process.

The Commission have made it clear that the treaty – assuming there is one – can be applied provisionally by the EU Council alone, involving the 27 leaders, and they are prepared to keep going until the last possible moment.

David McAllsiter, chair of the EU parliament’s foreign affairs committee, tweeted earlier that the European parliament will not be able to grant consent to an agreement this year.

If an agreement is applied provisionally by the EU, it may not be to Johnson’s advantage, since the legislative time pressure will be off and both parliaments will want to examine the 800 page treaty in minute detail.

Last week, Cabinet Office minister Michael Gove told MPs on the future relationship committee that any trade agreement is ‘realistically’ unlikely to be signed off until after Christmas, leaving just hours to get the implementing legislation through parliament.

For Johnson, giving the appearance of being resolute is more than simple histrionics. He needs to convince Eurosceptics in his party that the deal was secured after tough negotiations.

Daily Mirror political editor Pippa Crerrar claims the PM’s spokesperson has even ruled out accepting provisional application of any trade deal on the UK side. The spokesperson says that MPs will be given the chance to ratify any deal by 31 December, implying that will have to be done at the very last minute, or not at all:

However, the ERG have lawyers on standby and are are ready to go through the text of any agreement for any signs of a “poison pill”, as Mark Francois claimed in a Telegraph article last week. He said Johnson would regret trying to bounce parliament into a deal. The prime minister is setting himself up to be in conflict with all the bodies he needs to get a deal ratified and implemented.

Francois claims the ERG and red wall Tory MPs are “are poised to ruthlessly scrutinise any last-ditch agreement”. It is not impossible that Westminster will find itself at loggerheads with the European parliament, extending the Brexit debate well into 2021.

I noted in the FT this morning a remarkable prediction from a meeting in Barclays HQ three days after the Brexit vote in June 2016. The chief executive Jes Staley had summoned his top lieutenants to a meeting to discuss the momentous decision. They concluded “the issue was so intensely politicised that a deal could not be expected before midnight on deadline day.” From that point on, they began planning for the worst.

Both sides are now eyeball to eyeball, but the EU is said to be relaxed about a no deal outcome, whereas the pressure is building on Johnson.

Christmas is ‘cancelled’, along with trust in our boastful yet incompetent prime minister

All I want for Christmas is ... a solution to the food waste problem