Isabel Ralphs looks at the increase in waste being caused by the sudden nature of the new lockdown restrictions. Some charities, however, have been successful in turning this would-be waste into meals for those most in need. 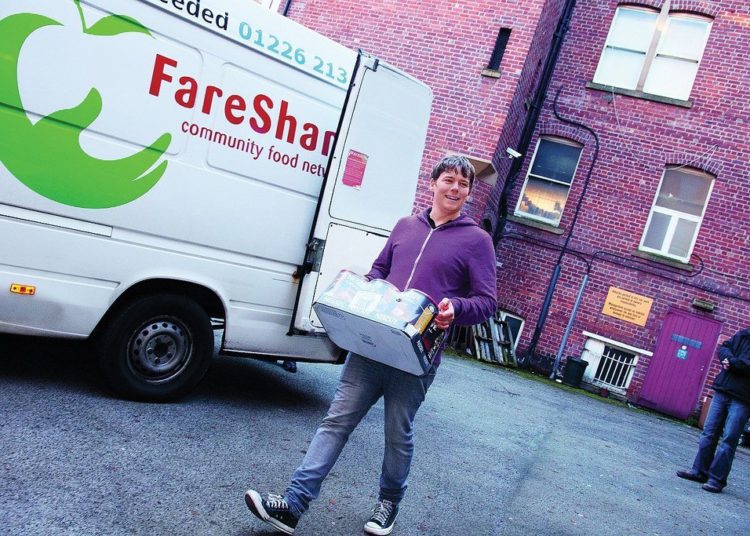 Image by Nestlé for Creative Commons

As debate continues to rage on over whether or not a scotch egg constitutes a ‘substantial meal’, another unsavoury complication to the government’s tiered policies has come to light: increased food waste. At the same time of year that food banks typically report huge demand pressures on their services, thousands of pounds of food are going to waste in English restaurants so that patrons can buy their next round.

Businesses across the country operating under Tier 2 restrictions have been complaining of increased food waste, as many customers are ordering meals simply in order to buy alcohol. Nick MacKenzie, chief executive of the Green King pub chain, told The Times last week that he estimates there has been a “four or five five-fold increase in the amount of food being thrown away”, in light of the new restrictions.

I fell foul of the substantial meal policy myself when, in a recent attempt to purchase two cocktails, my tablemate and I suddenly found ourselves sitting in front of £22 worth of bread, olives and potatoes. This, after having already made our way through two courses at another establishment, meant that, whilst our glasses were soon empty, our plates remained largely untouched.

In my consternation that the waitress had such a dismal view of my tolerance to alcohol that she’d made me purchase both a side and a starter, the bigger picture eluded me. It was only on the sobering journey home that I was able to fully appreciate the depressing irony of what had just occurred.

While some in the country are lucky enough to be able to afford an extra scotch egg or two whenever their pint glass needs refilling, many others are still scrambling to make ends meet.

According to food waste charity FareShare, 8.4 million people are currently struggling to afford to eat across the UK, a figure equivalent to the entire population of London. Some 4.7 million of these are people living in ‘food insecure’ homes, indicating that their food intake is greatly reduced and physical sensations of hunger are commonplace.

The tragic juxtaposition of overflowing food waste bins dotting the same streets as many homeless people, is a stark reminder of the UK’s continued status as one of the most inequal countries in the western world.

Some are calling on pub visitors themselves to take responsibility for the problem, including one barman on Twitter who advised people to “only go to the pub if they are hungry”. However, shouldering the blame onto individuals risks excusing the government that conceived of this dangerously ambiguous policy in the first place. After all, we are only ‘drinking out to help out’, as the chancellor would no doubt have wanted us to.

The substantial meal policy is not the only contributor to emerging food waste worries. Every time lockdown rules are changed by the government, a whole new wave of problems are created for businesses trying to plan their stock intake. Last week, restaurants in London were given less than 48-hours’ notice of their imminent upgrade to Tier 3. This resulted in thousands of pounds worth of stocks going to waste, as pubs and restaurants found themselves shutting their doors again, just two weeks after they had last reopened them.

Now, with the overnight invention of a whole new tier adding to the chaos, many families are also finding themselves facing similar problems. With households in Tier 4 and beyond seeing their Christmas plans suddenly curtailed, some are laden with more sprouts and pigs in blankets than they know what to do with, whilst others are stuck at home without even a turkey to their name. One family member I spoke with this week was lamenting what on earth she was going to do with her 12-person turkey dinner, now that only three people would be present to eat it.

Policies like these, implemented without sufficient time for businesses or households to plan for them, serve to exacerbate something that is already a significant problem in the UK. Even prior to the pandemic, approximately 650 million edible meals were being wasted every year across the supply chain, by farmers, manufacturers, retailers and hospitality venues.

The silver lining to this is that many charity groups are already working tirelessly to tackle the issue. The OLIO food-sharing app, for example, connects neighbours with one another and with local shops, to redistribute surplus food. A handy tool for those who had planned to feed guests who can no longer make it to dinner.

Charities like FareShare are also doing amazing things to bridge the gap between food waste and food poverty, by redistributing food industry surplus that would otherwise be thrown away.

At the start of this month, the government awarded FareShare a £16bn grant to purchase food from across the industry and redistribute it to over 4,000 homeless shelters, refuges, food banks and rehabilitation centres that they work with across England. FareShare estimates that this will translate to approximately 18,000 ‘recycled’ meals being served over the next three months, to those who need them most.

News of the grant is a welcome early Christmas present for frontline charities and their clients, who would otherwise have found themselves understocked and hungry. However, when reactive grants like these are being handed out by the same government whose policies are serving to worsen the food waste problem, big-picture thinking still appears to be lacking.