ADVERTISEMENTAli was out for a walk in the Yorkshire Dales with her Uncle John. She was looking forward to picking John’s brains, because he was head of economics at a school in West Yorkshire and she’d recently started an A level in economics. “John” began Ali, “What do you make of Moody’s downgrading the UK […] 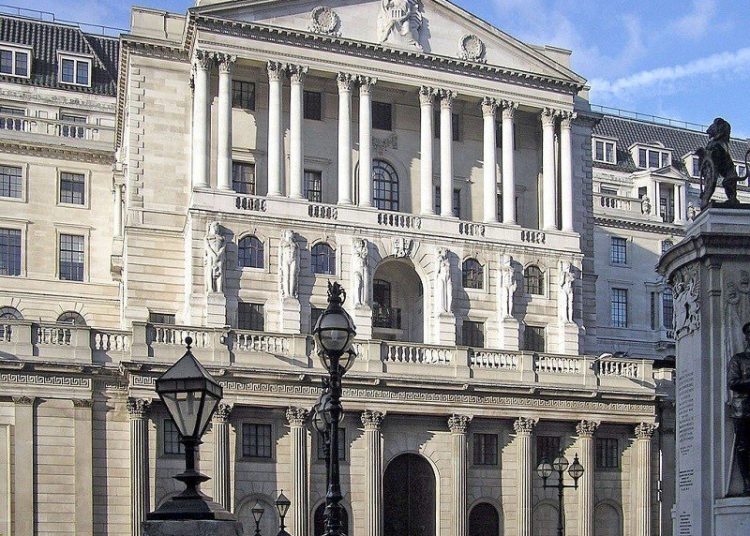 Ali was out for a walk in the Yorkshire Dales with her Uncle John. She was looking forward to picking John’s brains, because he was head of economics at a school in West Yorkshire and she’d recently started an A level in economics.

“John” began Ali, “What do you make of Moody’s downgrading the UK economy? For decades we were AAA – the highest rating. Now Moody’s have taken us down further, from Aa2 to Aa3 – its fourth highest rating. It sounds almost like Manchester United being relegated to the Championship”.

John and Ali were both aware that weak economic growth, Brexit and the pandemic had between them blown a hole in the public finances. The chancellor’s budget was in the red, and the UK debt to GDP ratio (public borrowing as a percentage of our national income) had risen to over 100 percent. Going back to 2008, before the impact of the global financial crisis, that ratio had stood at just over 40 percent. It showed just how awful things have become in the last twelve years. No wonder economics had been dubbed ‘the dismal science’.

John reflected for a few seconds and then replied:

“I don’t think it is major … but it’s certainly a straw in the wind, an indication of problems to come.

“But we should first get some perspective on the role of the credit ratings agencies. The three main ones are based in New York and two go by the names ‘Standard and Poor’ and ‘Moody’. If you believe in nominative determinism that is not a cheerful start. The third is Fitch.

“Going back forty or fifty years these ratings agencies were regarded as almost public entities. This was even to the point where they replaced government officials as the primary monitors of bank balance sheets. As time went on though, they increased their range of activities and spent a more and more time assessing the increasingly more complex financial instruments – bonds that is – that were entering the market. By 2005, 40 percent of Moody’s revenues came from fees charged for assessing the reliability for these new-fangled securities. We need to remember, that the US economy at that time was leading the world in getting people to live on credit.

“From being staid monitors of bank balance sheets, the three agencies became market-driven organisations aimed at maximising their profits. They were in competition with each other. Investment banks, wishing to issue bonds, played one ratings firm off against another, shopping around for the most favourable rating they could get”.

Ali interjected, “Doesn’t that involve them in a conflict of interest? To coin a phrase, is there not a danger of a race to the bottom?”

“In 2005 and 2006, Wall Street investment banks issued over one trillion dollars’ worth of what we call ‘subprime investments’, the great majority of which these three agencies rated as AAA or AA. When the market in 2007 realised that these bonds were hugely overrated, the bottom fell out of the market, the balance sheets of many banks collapsed, and we were into the Global Financial Crisis. So it’s not just the investment banks that have a lot to answer for, the ratings agencies do too. The useless bonds were termed ‘toxic waste’. Whereas in the 1970s and 1980s the three credit rating agencies were high priests of financial regulation, they were now discredited priests.

“Moving on to 2011, the agencies raised their heads again. You have to understand that the Global Financial Crisis put a huge obligation on each government in the developed world to step in and save its domestic banking system, which was in danger of collapse. This happened in the UK and Gordon Brown and Alistair Darling spent billions bailing out the UK banking system. This massively increased government debt.

“The same happened in the USA under President Obama. In all countries, the debt to GDP ratio rose and there was scary talk that ‘the deficit hawks’ would swoop in and crash the economy. It was asserted that confidence would fall, requiring a sharp rise in interest rates. In August 2011, Standard and Poor took away the USA’s AAA credit rating due to concerns about government debt and deficits. The papers reported that, ‘The Market has spoken’. However, as Paul Krugman, Nobel Laureate in economics wrote (and his words are imprinted on my memory):

‘But it wasn’t the market that had spoken – it was just a ratings agency – an agency that like its peers had given AAA ratings to many financial instruments that eventually turned to toxic waste. The actual market reaction to the S&P downgrade was … nothing. If anything US borrowing costs went down’.”

Ali chipped in: “I see now why you judge this recent move by Moody’s to be ‘not major’.

“I am rethinking that”, replied John. “From another angle, we need to remember that no British/English government has defaulted on its debts since (I think) Edward III in 1340 something. The downgrade means that at least somebody thinks there is now a possibility that THIS British government might do so. It’s shown it’s willing to break its promises even within a year of making them, and it has an especially big debt that looks likely to get bigger with Brexit. So maybe, just maybe, it will take the view that money it owes to foreigners just doesn’t have to be paid back”.

“Interesting”, said Ali “But are there any other ‘straws in the wind’?”

“I’m glad you asked that”, replied John. “Markets tend to look ahead and can ‘price in’ events to come, either adverse or beneficial. The Brexit referendum took place in June 2016 and by June 2017 the pound had depreciated by 12 percent against the dollar. That made imports more expensive, so there was a sharp increase in inflation. Real wage growth (3) that had been +1.5 percent went backwards to a change in real wages of -0.5 percent. In recent years the dollar itself has had a chequered career, so if we use the exchange rate between the £ and the Euro as a comparator, here the £ has lost 8.3 percent of its value in the most recent twelve months.”

“But has Brexit itself, rather than the referendum, had any impact on growth?” asked Ali.

“Certainly – even before Covid struck” came the reply. “Firms have been faced with uncertainty and have held off investing in machinery and other improvements. Key workers who had come from the EU27 have been distressed by developments and have returned to the continent. Only the other day I checked Full Fact online and saw that UK economic growth is now below the G7 average – the group of seven most advanced nations – whereas before 2017 it was consistently above average. And the disparity is growing. But I suggest we leave it there for the moment because I have spotted a kestrel on the hunt, hovering just above that hedge. Let’s switch the conversation to Hopkins and his ‘Windhover’ poem”.