The government proposes to extend the use of electronic monitoring of young offenders, abolish reparation orders. 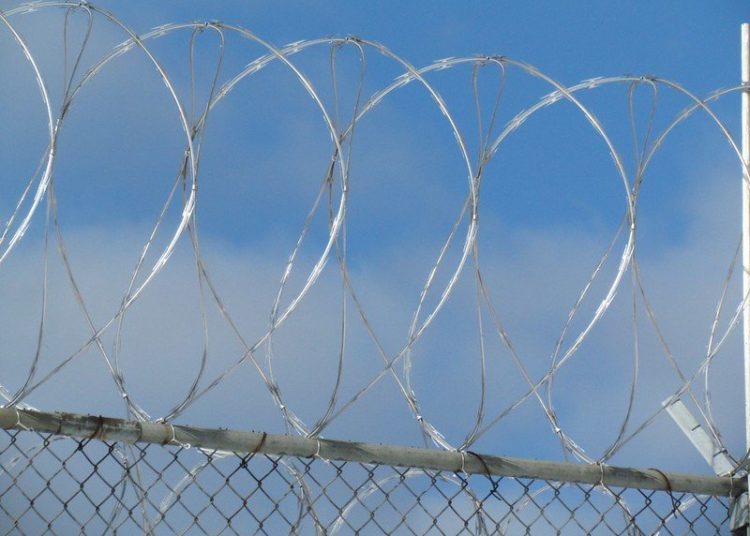 In prison, those things withheld from and denied to the prisoner become precisely what he wants most of all. Eldridge Cleaver by katerha is licensed under CC BY 2.0

On 16 September, the government announced tougher sentencing measures for serious and violent offenders in the white paper, A smarter Approach to Sentencing, saying it will offer greater protection to the public and time served in custody would better reflect the seriousness of the offence. The proposals are in response to the Conservative’s manifesto commitment to bring about tougher sentencing for some violent and terrorist offenders.

The proposals focus on the offending extremes, with plans to increase the length of time serious sex, violent and terrorist offenders spend in jail, while toughening up community penalties for less serious offenders in a bid to increase public and sentencers’ ‘confidence’ in them.

The paper is not recommending longer sentences for more serious offences but that violent, sexual and terrorist offenders, including young offenders, should be denied the opportunity of automatic release at the half-way point of their sentence. It also recommends that those assessed as being a ‘danger to the public’ while serving a sentence (for any crime) may also be denied automatic release at the half-way point, and the ‘pre-meditated’ murder of a child would receive a Whole Life Order.

The government proposes to extend the use of electronic monitoring of young offenders, abolish reparation orders and strengthen the legal tests for custodial remands of young offenders. The paper notes the government is reviewing the law on memorial vandalism, has consulted on doubling the penalties for assaults on emergency workers and increasing the penalties for those causing death by careless driving, so there are likely to be further sentencing changes in the future.

There are a few administrative measures such as increasing the use of online courts, extending the capacity of courts to deal with cases outside their area, and cases which can only be tried in a higher court to bypass the magistrates’ court. The government is also consulting on whether pilot ‘problem solving courts’ should be extended. In these courts, sentencers spend time exploring with a defendant the measures that are likely to assist desistance from crime and discuss with the offender, at regular intervals throughout a community order, how they are progressing.

There is tacit acknowledgement that Chris Grayling’s probation ‘reforms’ have been disastrous. The paper proposes a reinvented public sector probation service to replace the current hotch-potch of arrangements. It will create a new House Detention Order for those who have failed to comply with existing community sanctions, and hopes this will replace some short prison sentences. The government will extend access to and increase funding for accommodation, employment and addiction services to support offenders supervised in the community or on release from custody.

Well over half of criminal justice system expenditure of £29bn per annum is spent on policing, with courts and prisons dividing the remainder fairly equally. Very little is spent on community supervision or prevention of crime (although some of the police’s work is preventative). The focus of the criminal justice system is almost entirely on catching criminals, processing them through the courts and then punishing them. Most offenders are punished in the community although most of the expenditure is on prisons. In comparison, the money spent on rehabilitation or community supervision is negligible.

To direct funding in this way only makes sense if these processes capture the vast majority of those committing crimes, those who are sentenced are sentenced fairly and swiftly, and imprisonment contributes substantially to reducing reoffending. Yet, the criminal justice system does none of this.

The criminal justice system deals with only a very small proportion of the crime committed in the UK. According to government statistics, 5.3m offences (excluding fraud) were reported to the police between July 2018 and June 2019. The Crime Survey for England and Wales recorded 6.3m offences. As less than 10 percent of crimes (8 percent in 2019) result in a police charge, let alone a sentence in the courts, sentencing has a negligible impact on crime and even its symbolic value as a means of deterring offenders is not proven.

The government’s own review of the research and statistical evidence shows that short prison sentences (under twelve months) are ineffective and costly. The reoffending rate is high and rehabilitation support absent, so it makes sense to try and deal with those currently sentenced to less than twelve months in some other way. In 2019, 56 percent of custodial sentences were for six months or less, indicating prison is extensively used as a sentence for less serious offences.

Toughening up community sentences in the hope that they will be used as an alternative to prison has not worked in the past and is unlikely to do so again, either because more people have been given a community sentence who were previously dealt with by a lesser penalty, or the tougher sentences have led to higher rates of breach and subsequent imprisonment. The only effective way of reducing the use of short prison sentences is to prohibit it, and this is not being proposed.

The proposals seek to increase the length of time a serious offender will spend in prison, having already restricted the automatic release of offenders serving sentences of seven years and more for violent offences earlier in the year. In the year to June 2019, 75,800 people were sentenced to immediate custody. The average custodial length was 20.3 months for indictable offences (more serious offences) having risen from 16.3 months in June 2009. The length of prison sentences is increasing and is likely to continue to do so irrespective of any legislation. The white paper notes that lengthening sentences for assaulting emergency workers has had no deterrent effect, yet intends now to lengthen them further.

Judges can already impose an ‘extended determinate sentence’, which extends imprisonment to the third waypoint of a sentence for a whole range of offences, either based on the current offence or previous offending. These proposals would not extend these judicial powers further, but would make an extension automatic in specific cases and remove judicial discretion.

In 2018, there were about 4,000 serious offenders to whom the current proposals might apply. That year, 390 extended sentences were imposed, so the maximum potential for increasing sentences from the half-way to the two-third point would be about 3,600 prisoners a year – prisoners whom judges did not think required this in order to protect the public.

In the twelve months prior to the end of June 2020, 54 of those sentenced for terrorism offences were released from prison. It is not clear how many of them were serving sentences between four and seven years and released at the half-way point (so eligible for these new measures), but it is likely to be not much more than a handful. The Justice Department expects an increase in prison tensions and a higher risk of Islamic or right-wing activism within prisons, as terrorist offenders will have very little reason to engage in rehabilitation programmes or conform to prison discipline.

The government estimates that the proposals will increase the adult prison population by about 630 at a capital cost of between £144m and £158m and an annual running cost of between £128m and £140m. The annual costs for youth prison will increase by between £104m and £115m. In contrast, the investment in probation to enable it to supervise offenders currently sentenced to 12 months or less (and to reverse the dismantling of the probation service by Chris Grayling) is just £44m, thereby underscoring the disproportionate emphasis of the criminal justice system on imprisonment.

The proposals for strengthening community support and supervision and providing improved access to drug, housing and employment resources are welcome. They are (largely) evidence based and in line with research findings on ‘what works’ to reduce offending. But the funding is too modest to impact greatly on the services that can be provided. In contrast, the numbers affected by increasing the length of time served in prison for more serious offenders may be small but comes at a huge financial cost, greater prison discipline problems, and no evidence of their likely efficacy. Even the containment value of these measures is questionable when, by the government’s own admission, prison is a major source of and venue for drug, violent, gang and terrorism offending.