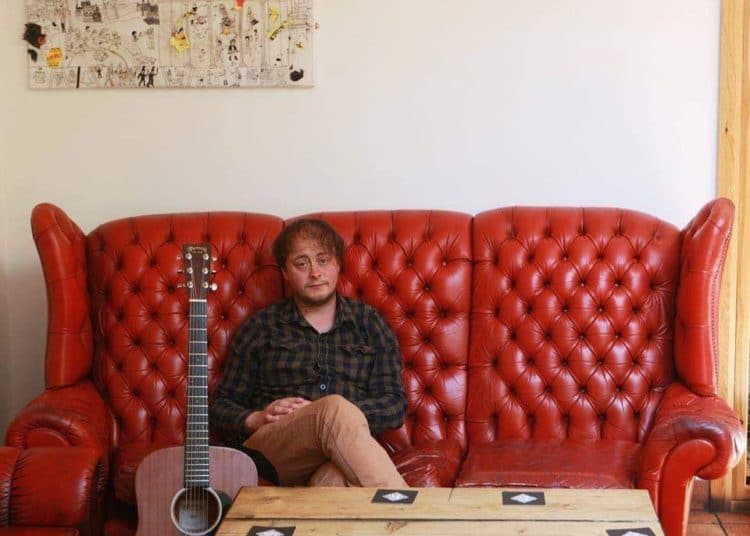 You’re an English folk artist. You’ve made a living for years travelling all over Europe performing and selling your work. Then Brexit happens, putting expensive bureaucratic and financial barriers in your way. Then Covid-19 happens and you can’t perform at all. Some would despair, but Huddersfield-based Johnny Campbell is fighting back.

Getting together with artists under the We Shall Overcome banner, he’s released a single to raise money for The Welcome Centre, a Huddersfield food bank that also offers clients advocacy and guidance, as well as the charity Help Musicians UK. Hard Times of Old England, a traditional 19th Century song that in different forms has been performed by many artists, including Steeleye Span and Billy Bragg, has been adapted for 2020 to give a hard-hitting political message you can still hum in the bath.

“I don’t believe that ‘Anti-Austerity’ automatically means ‘Anti-Tory’. However, it is intrinsic to Conservative policy of outstrip, outsource and sell and ultimately make the public pay for the mistakes when private enterprise fails with taxpayer funded bailouts.”

The video for the song includes a link where people can donate to The Welcome Centre and help a local charity at a time when demand, which was already increasing before Covid-19, has reached a level previously unseen.

“Facebook and other social media giants are being no help because their algorithms only reach significant numbers if you’re prepared to pay for it, so we’re trying to get as much exposure as possible via more user-friendly media.”

The track also features Joe Solo, known for his We Shall Overcome campaign, which also supports food banks, along with Carol Hodge, Mickey Kenney, Phil “Swill” Odgers, Katherine Priddy and Sean Taylor. The aim of the project is to raise £2,000 by Christmas.

You can donate here.