Brexit, not coronavirus, may be about to dent many people’s holiday season as we leave the single market and customs union in January 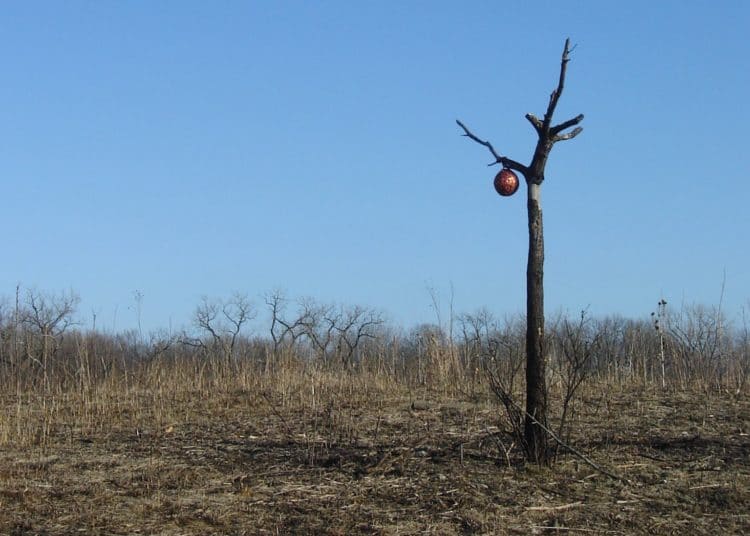 Photo by Urban Woodswalker is licensed under CC BY-NC-ND 2.0

Boris Johnson wants us to be back to normality as soon as possible and enjoy Christmas as much as we can. But the problem is that Brexit, not coronavirus, may be about to dent many people’s holiday season.

On Wednesday, John Campbell, BBC Northern Ireland economics and business editor, tweeted to say he had just had a Christmas present order cancelled:

This was followed by a tweet containing an email someone had received from Premier Seeds Direct:

Shipments into the EU & NI from the UK after BREXIT

As you are undoubtedly aware BREXIT negotiations are ongoing with no agreement yet reached. As the regulations stand today it will not be possible for seeds to legally enter the EU or Northern Ireland from the UK after 31 Dec 2020 without an attached Phytosanitary Certificate, which takes at least 2 weeks to obtain and will cost a minimum of £125 per shipment. Thus, with effect from 23 Dec 2020 we will regrettably be ceasing all sales to the EU and Northern Ireland from all of our on-line sales sites. On a case by case basis, on request, we may be able to ship high value bulk commercial orders, however, this will depend exactly on the contents / varieties requested and the certification fees mentioned will be applied. Should the UK / BREXIT negotiators reach an agreement, that materially changes the rules that are presently due to be implemented, we will inform you immediately. We are still accepting orders for the next 3 weeks with a latest shipment date of 23 Dec 2020. We wish to thank you for all your support and wish you luck entering this new trading era.

Of course, this is just the tip of one very big iceberg that mothership UK is heading towards at a breathtaking rate of knots. And it is all of our own making. The decision not to enter into a customs union and the single market rests with the government. The inability to strike a deal that gives businesses time to adapt to coming out of the single market similarly lies with UK negotiators.

Let me spell that out.

According to policy analyst Dr Monica Horten, the government estimates that around 245,000 UK businesses trade exclusively with the EU. She quotes a Financial Times article that has put the cost to business of the additional administration at an estimated £7bn.

None of this should come as a surprise. By choosing to leave the single market and the customs union, we are making huge structural changes to the transportation of our goods because of the new customs arrangements now necessary at the border. For just-in-time produce such as food that is perishable, or medicines, or manufacturing components (where timing is everything) the delays could be catastrophic.

The issue of the infrastructure not being ready has been well documented, but even so it still comes as a shock to find out, as we did yesterday at the Northern Ireland Affairs Committee, that critical brexit logistics software – the Goods Vehicle Movement Service – will be put into ‘end-to-end’ tests with businesses on 14 December. That’s a mere 17 days before the transition period ends. And with a Christmas break in between.

Over a month ago, the BBC reported that there were likely to be delays with crucial software, meaning there would not be time to train users. The reason for this delay is that some functions can’t be designed until it was known exactly what they need to do – and that can’t happen until trade negotiations end. And as they still rumble on, the software designers can’t finish designing, because they don’t know what tariffs and quotas will be in place (the dreaded deal or no deal).

The longer talks drag on, the longer the uncertainty for business continues.

The Daily Mail reported on 30 November that ministers are bracing themselves for months of disruption and have set up a ‘borders operation centre’ to monitor the flow of goods – and people. According to the paper, ministers fear the checks could lead to queues on this side of the Channel, with the possibility of up to 7,000 lorries waiting for two days in tailbacks. Deal or no deal, French authorities will impose full EU customs and controlled goods checks, on all goods arriving from Britain from 1 January as confirmed by the Institute of Export this week.

Tony Connolly, European editor for RTE (the public broadcasting service of the Republic of Ireland) wrote on Saturday about the extent to which there will be disruption to food chains between Ireland, Northern Ireland and Great Britain. There is, for example, an issue over chilled meat products such as sausages and how the EU food safety regimes will be applied for products coming from Eire, through to Northern Ireland, and then over to England. It is still not decided whether from 1 January the UK will be granted a so-called third country listing from the European Commission, which will designate the UK a safe country from which to import food.

“So, as we get closer to 31 December, a lot of the reality of Brexit is now moving from the abstract to the kitchen”, said Connolly.

Little wonder then, that at yesterday’s Northern Ireland Affairs Committee, industry sources were told to expect guidance on Friday for a possible six-month unilateral easing of the requirement for new customs declarations on Great British and Northern Ireland trade. Indeed, Mark Denney of HM Revenue and Customs told the committee that free movement of food supplies from GB to NI is “right at the top of our list of what we are discussing with the Commission and the joint committee”.

Whatever, as my kids would say. There is now an inevitability that whatever happens with a trade deal, supplies will be affected. According to recent LSE research highlighting the threat to our food supply, the UK imports 47.5 percent of its vegetables and a massive 84 percent of its fruit. So we are vulnerable. Plus, food supply chains are complex, with an integrated web of growers and farmers, factories and processing plants, warehouses and stores, freight and shipping. They are tightly woven and as integrated as much as possible. In a single market, trade flows can be tightly optimised to bring us yearlong produce, but as we leave this market, disruption becomes inevitable.

The government can tell businesses all it wants to get ready for Brexit – the problem is that much of this mess is of its own making. Little wonder that businesses like Premier Seeds Direct have to make those hard decisions now about how they trade. Like so many others, it has been put in an impossible situation because of the government’s intransigence. Let’s just hope as a business it survives and to use their words, we wish them luck entering this new trading era.