Peter Jukes, co-founder of Byline Festival, Byline Times and BylineTV explains how the Bylines network can fight back against polarisation and disinformation through local citizen journalism. 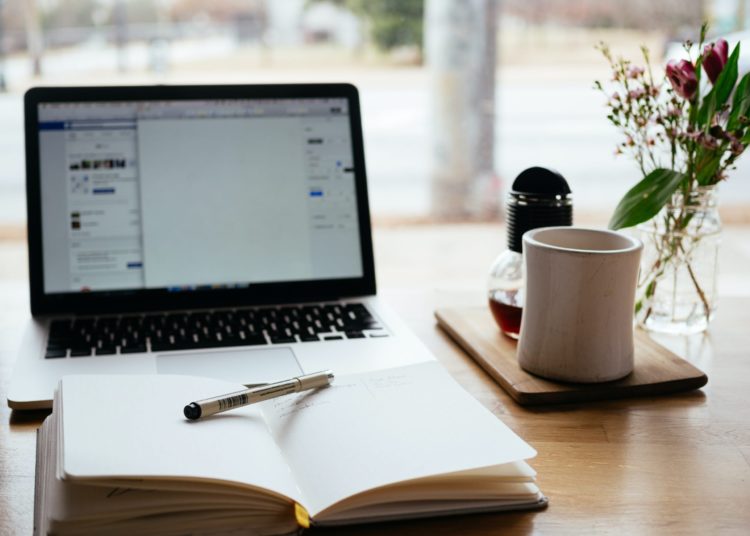 Photo by Nick Morrison on Unsplash

Peter Jukes, co-founder of Byline Festival, Byline Times and BylineTV explains how the Bylines network can fight back against polarisation and disinformation.

In an interview published earlier this week in the New York Times, former US president Barack Obama laid the blame for the polarisation within the US (which culminated in a riot in the capitol in January this year) on the decline of local journalism.

Obama contrasted the challenges confronting politicians compared to when he first ran for president in 2007. He’d visit a rural, heavily republican part of his state of Illinois and talk to the owner of the local newspaper “a modestly conservative, maybe even quite conservative usually, guy”. After a conversation about tax policy or trade over a cup of coffee, the result would usually be an article in the paper saying, “Obama … seems like an intelligent young man. We don’t agree with him on much. He’s kind of liberal for our taste, but he had some interesting ideas”.

Flash forward to today, with the closure of many local papers, and Obama noted the dire consequences for that kind of dialogue and rapprochement. “If I went into those same places now”, Obama told Ezra Klein of the New York Times, “or if any Democrat who’s campaigning goes in those places now, almost all news is from either Fox News, Sinclair news stations, talk radio, or some Facebook page. And trying to penetrate that is really difficult”.

What the former president described as “one of the biggest challenges” the US faces, is also confronting us all here in the UK. According to the Press Gazette last year, over 265 local newspaper titles have disappeared since 2005.

And that’s why the Bylines network of local and regional sites is so essential – not just for journalism, justice and democracy.

Not only do social media sites like Facebook lack any kind of rigorous checks for their viral, often highly misleading content, they are part of the reason local newspapers have collapsed.  Often those papers were free, but even when they charged, the cover price for the newspaper only generally covered the printing costs. The journalism was paid for, not by subscription, but by advertising.

Just as Facebook and Google have siphoned billions out of publishing by taking over their advertising, sites like Gumtree, Ebay and Amazon have sucked the secure source of income – classified and local ads – out of our local press. You can’t blame the advertisers: internet-based advertising provides much more targeted audiences and clear metrics of success through click-throughs and purchase analytics. But this double blow to local journalism has huge social and political consequences.

At Byline Times, ever since we first covered the Cambridge Analytica scandal and ‘information operations’ by hostile foreign powers, we have been tracking the proliferation of misinformation online, whether it’s ‘scamdemics’ trying to play down the health measures to combat the coronavirus pandemic, or ‘off books’ political operatives using dark or undisclosed ads on Facebook to bypass laws on electoral spending. Following the historic digital, culture, media and sport select committee report on ‘Disinformation and Fake News’ after the EU referendum, we teamed up with the Fair Vote campaign to push for changes in the law.

But the current Vote Leave government, which came to power through the use of dark money and dirty data, has little interest in enacting legislation which would limit their own dirty tricks. So it’s time for citizens to take this matter into their own hands.

The March for Change Bylines network

Anger sells when it comes to viral content. Outrage is the most intense kind of engagement. And since engagement is the business model of most social media, they have created algorithms to make us more polarised and enraged. But it doesn’t need to be this way.

The network effect of linking up minds and campaigns is exactly what motivated this collaboration between Byline Times and March for Change that has led to the blossoming of so many Bylines sites (in Yorkshire, the North East, the West Country, West England, Sussex, Central England and Kent) which, in the first year since Yorkshire Bylines launched, have attracted over 4.5 million visits.

This is not only an amazing credit to the Bylines team, it also shows there is a massive unmet need out there for more localised information, debate, news and organisation. People are crying out to know what’s happening in their regions – in the courts, the hospitals, councils, planning committees, care homes, prisons, or just for day-to-day discussion.

Local press exposes local corruption, and has always been the training ground for the wider media. Many national stories have a local origin, like the Hillsborough disaster or the Shipman scandal, and local reporters are in the best position to detect structural scandals and social change.

Just as important is the sense of community. Local sites offer spaces where citizens can meet and share notes. Not only is information the lifeblood of democracy – knowing what policies are on offer, and who to vote for – we cannot really achieve any kind of progress as isolated monads, wired to our flickering smartphones. We have to know our neighbours to sort out our differences and work together.

Divisions disappear when you meet offline

Outrage and condemnation may be the default tropes online, but not at the local pub or meeting room or village hall. Recently BylineTV has been recording the dire impact of Boris Johnson’s hard Brexit on both the fishing and farming industries. One of our most viral online videos with 2.8 million views was with a fish merchant, Ian Perkes, who had been a keen supporter of Leave, only to find his industry devastated when the UK finally left the EU this January.

Only this week BylineTV talked to a farmer who is now having second thoughts about his support for leaving the EU, since the recently announced trade deal with Australia looked like it would make his cattle farm unviable.

Online, some of the responses to this from apparent ‘Remainers’ were cruel and taunting: “I told you so. No sympathy from me.” Yet, had these commenters met this farmer in their local pub or at a Farmers Union meeting, not only would the responses probably be more tolerant, but also more persuasive and productive. How can we fix this? Should we look at returning to a customs union with the EU? How about other measures to bring us closer?

The lack of local journalism has taken away an important training ground for national journalists and without it, many including our Byline Times editor, Hardeep Matharu, might not be investigating and writing today. Hopefully the Bylines network will foster a new generation of journalists who will hold governments and the establishment to account for many years to come.

And that is what I believe both Byline Times and the Bylines network stand for: those progressive values of evidence, honesty, accuracy, co-operation and the rule of law which (even though we may have left the organisation that Remainers think embodied it) we can still strive towards and never abandon.

Support this invaluable network via the Bylines crowdfunder here. And get involved – each of these publications relies on volunteer journalists, editors and social media champions – people just like you.

Peter is co-founder of Byline Festival, Byline Times and BylineTV. He is an author, screenwriter, playwright, literary critic and blogger.