Given the harm it does to the environment and wildlife can the ‘sport’ of grouse shooting still be defended today? 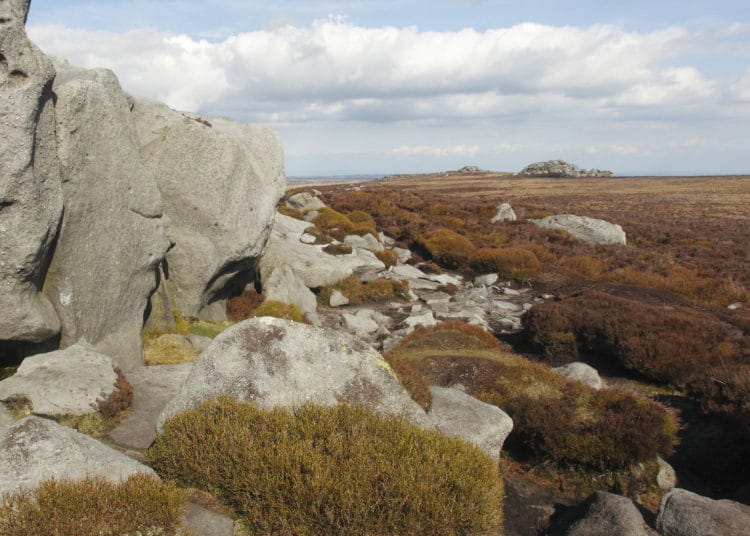 In the café of a Harrogate garden centre, one of the items on the menu in August 2020 was grouse in a bun, priced at £12.50, the birds probably acquired from a shoot on the upland moors of a Yorkshire estate. The ‘Glorious Twelfth’ and subsequent August days will have seen plenty of action, as grouse shooting parties were controversially deemed to be exempt from the ‘rule of six’ under Covid-19 regulations.

£12.50 may not seem unreasonable for an expensively reared delicacy but the real cost goes way beyond customers’ wallets; instead it should be counted in terms of the damage inflict by grouse shooting on the environment and wildlife of our upland moors. Many of us are increasingly questioning whether this is a price worth paying.

If well looked after, upland moors play a variety of important roles, especially in climate management. Environmental research is helping us to understand the key contributions of the upland moor ecosystem in this regard. For example, the storage of carbon dioxide in wet peat land areas has been shown to be very efficient, and the steady release of captured water into reservoirs and taps is of great value in periods of drought.

Upland moors are also important habitats for a wide variety of mammals such as deer, birds such as curlews, lapwings and oyster catchers, and the insect and plant life on which they all depend. Moors also support human livelihoods, providing space for farmers to rear sheep and cows, and attractive locations and nature-based activities on which to build tourism. The upland moors’ unique beauty and wildness provide a valuable and mind refreshing sense of space and, in the case of the Yorkshire moors, historic and literary such associations for example the Brontës that make them ideal film sets.

Sadly, the potential of the upland moors to fulfil these roles for the benefit of people and planet is challenged by human activity of a more harmful kind. On grouse moors, heather has routinely been burned to provide new, young plants for birds to feed on. However, research by the University of Leeds reported in the Guardian, found that this practice “degrades peatland habitat, releases climate-altering gases, reduces biodiversity and increases flood risk”. As a consequence, several land-owning public bodies such as Yorkshire Water and the National Trust have banned the burning of heather but a government plan to ban it outright has brought the threat of a court case by private grouse moor owners.

Another sad consequence of the management of the upland moors for grouse is the harm done to other wildlife.  Tagged raptors, for example, regularly disappear without trace, in many cases illegally shot or poisoned. The hen harrier is seen as a particular threat, as they nest on moors and will take young chicks as prey. Government research has shown that the likelihood of hen harriers dying or disappearing is 10 times higher in grouse moor locations and is very much ongoing: on 15 September this year, the RSPB reported the disappearance of a young, tagged male hen harrier, whose last known location was on a grouse moor between Kirkby Stephen and Ravenseat. Mammals such as hares, foxes, stoats and weasels are also seen as undesirable and are trapped and shot.

Given the harm it does to the environment and wildlife and to the fulfilment of the upland moors’ beneficial roles, can the ‘sport’ of grouse shooting still be defended today? Sadly, the British upper classes have a long history of killing for pleasure. We only have to recall the annihilation for the game bags of the Indian Raj era of thousands of extraordinary birds, and mammals like the Asian tiger. We have also been guilty of exploiting animals to near extinction, an example of which is the annual killing of 750,000 penguins in the Falkland Islands in early 1900s, which were then boiled down to produce penguin oil for lamps.

We look back on examples such as these and find them reprehensible now. Yet, how different are they really from the activity of grouse shooting, where we are asked to accept the degradation of the environment and the persecution of wildlife for the sake of the wholesale shooting of unnaturally reared game birds, many of which will end up buried in a pit, or if they’re lucky in a £12.50 butty?

Perhaps it is time to reflect on the real value of the moors and how to preserve it – indeed, well past time, if we are to meet the challenge of an increasingly aware younger generation: “If you knew this was happening to our planet, our moors, our birds and mammals, what stopped you from acting wisely and kindly for their future – and our future?”.

As ordinary people, we can support conservation initiatives such as Moors for the Future and, if we are persuaded by the arguments, any of the various campaigns to end grouse shooting (for example, Stop the Shoot). We can put pressure on our MPs to further legislate to ban harmful environmental practices, to take on the owners of private land and to ensure that wildlife crime is energetically investigated and heavily penalised. People dependent on tourist income will be particularly motivated to bring an end to the negative publicity generated for the area when yet another protected bird ‘disappears’.

As for private landowners themselves, cannier members of the group will be realising that, what with the advent of stricter environmental laws and changing attitudes and tastes, their future livelihoods may not be best assured by relying on grouse shoot income. This does not necessarily mean the end of shooting or of earning income from shooting; Stop the Shoot proposes the activity of ‘simulated grouse shooting’, which replicates every aspect and creates all the income generation and employment opportunities of grouse shooting apart from the fact that the targets are clay discs rather than birds. No harm is done to the land, its wildlife or the reputation of a region, and it is not seasonal. There is also a huge appetite for nature-based holidays that grouse shooting estates will be well placed to benefit from if they allow their land to recover.

So, if you happen to find yourself in that garden centre café in the next few weeks, which will it be – the preservation of the diversity and beauty of the natural upland moor environment or an over-priced, talking-point sandwich? Choose wisely. Your grandchildren may be watching.