The Conservatives have few pressure points in June 2020 but they do exist. 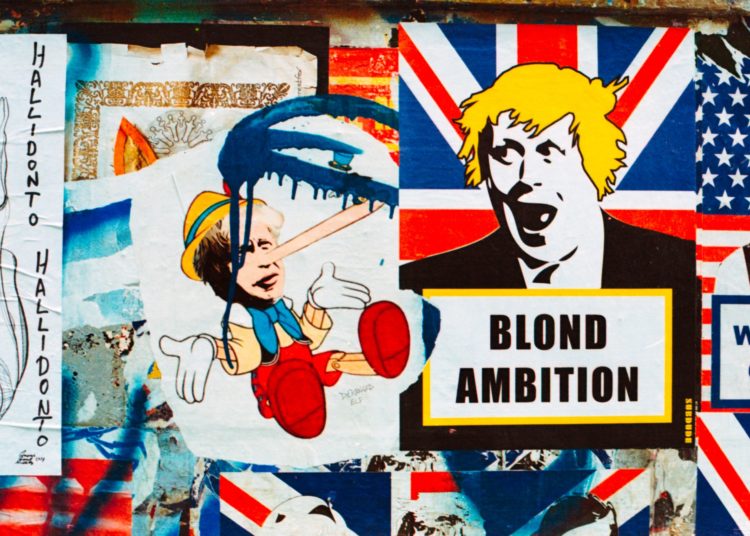 The Conservatives have few pressure points in June 2020 but they do exist. They bowed to pressure to extend children’s food vouchers because the justice of the cause was so eloquently and apolitically made clear by footballer Marcus Rashford. Johnson seems to become more terrified of Sir Keir Starmer with every passing week of prime minister’s questions. Some Tory backbenchers even broke ranks over Dominic Cummings due to the volume of email hitting their inboxes. We can now add to the list red wall voters who, against many expectations, are almost unanimous in their rejection of no deal Brexit.

The government’s majority is built on the red wall. There are, give or take, 54 seats in Yorkshire, the Midlands, North East and North West that traditional voted Labour but in 2019 voted Conservative, many for the first time in generations. These are not natural territory for the Tories. Many are towns and areas which suffered badly under the Conservative governments of the 1980s and 1990s. They have suffered badly from austerity. But last December they were persuaded more by the clear offer of an end to the Brexit saga, 40 hospitals, 20,000 police officers and 50,000 nurses.

The Conservative policy offer was not made by chance. They knew from polling and focus groups that voters in these seats who had traditionally voted Conservative were desperate to get Brexit done. They knew too that Labour’s leader, Jeremy Corbyn, was unpopular because of his failure to show leadership on Brexit and to show strength on national security, for example in response to the Scripal poisonings. Less enamoured of Brexit, former Labour voters’ top priorities were the NHS and police. By making Brexit, health and more police officers the core of their policy offer Johnson and his team were making an explicit pitch to voters in these seats. It paid off for them handsomely.

No one expects the Conservatives to get such an easy ride in these seats next time. Labour has a new leader who, two months in, is already polling better than any opposition leader since Tony Blair. Labour’s poll rating is rising too, albeit more slowly. The Conservatives will struggle to fulfil their promise to ‘level up’ the UK – in other words reduce regional inequality – due to the impact of the hard Brexit they are determined to push through, turbocharged by the appalling economic impacts of Covid-19. If things don’t get better, and if the nurses, police and hospitals don’t appear, voters will judge the Conservatives harshly.

Johnson’s safety zone was meant to be Brexit. This was the dog whistle that would always work. Sovereignty, taking back control and global Britain would win the day regardless of the Brexit outcome. Getting it done was what mattered, along with ensuring it was the real thing and not a watered down Theresa May style deal.

Those assumptions have been thrown out of the water by a seismic poll from think tank Best for Britain. They polled thousands of voters across the red wall and found that, on average, 90 per cent of all voters believe that getting a deal with the EU is either important or very important.

Far from believing that all Brexit outcomes are the same, or that things can only get better on the other side, red wall voters are concerned about the impact of a no deal Brexit on the cost of living. Around two thirds of voters in these seats believe that the cost of daily essentials would increase if the UK left the transition period without a deal in place.

Red wall voters are not anti-European. Over two thirds want the UK to prioritise working with Europe, compared with just 20 per cent who said they wanted the UK to work most closely with the United States. They recognise that trade with our closest neighbours and largest trading bloc has been beneficial to the UK in the past and needs to continue in the future.

What does this mean for Yorkshire? It matters economically. Every version of Brexit harms the economy and costs jobs – there is no way to sugar-coat that unpleasant fact. But we are committed now to Brexit, it will happen with what used to be called a hard Brexit free trade agreement (FTA) or – worse – no deal. The only question now is how much damage we will endure.

The difference between the two is real. If the government concludes an FTA Yorkshire’s economy is estimated to suffer a 6 per cent loss. That in itself is huge, but it pales in comparison to the almost 9 per cent loss from no deal. The tragedy is that either way these small percentages translate into thousands of lost jobs, hundreds of closed businesses and untold numbers of families and children thrown into poverty. Either way it’s needless damage, but red wall voters are right to want the damage to be minimised as far as is now possible.

Politically, this puts extra pressure on the Conservatives. If they thought they could get away with walking away from the negotiating table and presenting no deal as a victory for British sovereignty over the Europeans they have to think again. The voters who are the bedrock of their majority, and who in many cases lent them their votes on trust that things would get better, not only want a deal but want too a closer relationship with Europe than the US. They are not looking for a plucky British victory over Europe. They want a deal that helps businesses survive, that keeps people in work and keeps trade flowing. For the sake of our region, and for their hopes in 2024, the government had better listen and act before it’s too late.