How casually the lie came out. The prime minister told the world at his press conference yesterday he only learned about Marcus Rashford’s campaign to get free school meals extended through the summer, earlier in the day. 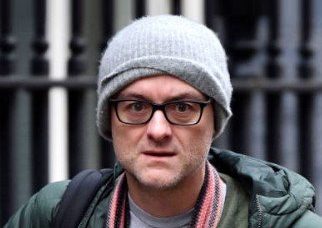 How casually the lie came out. The prime minister told the world at his press conference yesterday he only learned about Marcus Rashford’s campaign to get free school meals extended through the summer, earlier in the day. If true he must have been the only person in Britain who didn’t know and I assume therefore that he did.

Johnson’s habitual difficulty with the truth has been a lifelong failing but yesterday may be one lie too many for Dominic Cummings, perhaps the first ever case of the monkey accidentally pushing his organ grinder under a bus. The prime minister can hardly admit to telling a fib on national television and so the spotlight has now fallen on his Svengali-like adviser.

Watching Tory MPs were apparently gobsmacked. One of them wondered how Johnson could have been unaware of an issue that was “visible from outer space”, according to Nick Watt from BBC’s Newsnight. Watt claimed all the MPs he spoke to were universally furious – “spitting tacks” – and all, unprompted, brought up the prime minister’s special adviser as the person to blame. He is once again under serious threat.

If a senior SPAD can’t keep the PM abreast of key issues, ones raging across the media, and particularly those that eventually force a humiliating U-turn in government policy, what are they for?

This would apply to any adviser but Cummings regards himself as a near genius and is openly contemptuous of MPs, even cabinet ministers. He thinks they are too dense even to be vegetables and probably classifies them as minerals.

Cummings’ career in Downing Street is hanging by a slender thread. This afternoon, after what will be an awkward prime minister’s questions, Johnson appears before the powerful backbench 1922 committee and the succession of gaffes, policy reversals and growing sense of chaos and drift will no doubt come up.

It could not have come at a worse moment for Cummings. The echoes of the Barnard Castle affair are still reverberating around Westminster. The PM came under enormous pressure to ditch his senior SPAD then, but resisted despite the damage to the government’s standing in the polls. He was warned that another mistake would mean Cummings would have to go.

The problem for Cummings is that he is friendless and a man almost universally disliked. Steve Baker, chair of the ERG has called for him to go, and Tim Montgomerie wants his wings to be clipped.

During the last crisis the only MPs to come out publicly in support of Cummings were a few pliant cabinet ministers.

The latest support bubble policy is said to have been dreamed up by Dominic Cummings and his wife Mary Wakefield, after a single mum from East London contacted them. The first cabinet ministers heard about it was when Johnson announced it on television. It is this sort of thing ministers do not like.

This time it’s hard to see who is going to defend Cummings. He may not survive much longer.