Lockdown has been difficult. Yorkshire, like everywhere, has been stress-tested. It has challenged us like never before. 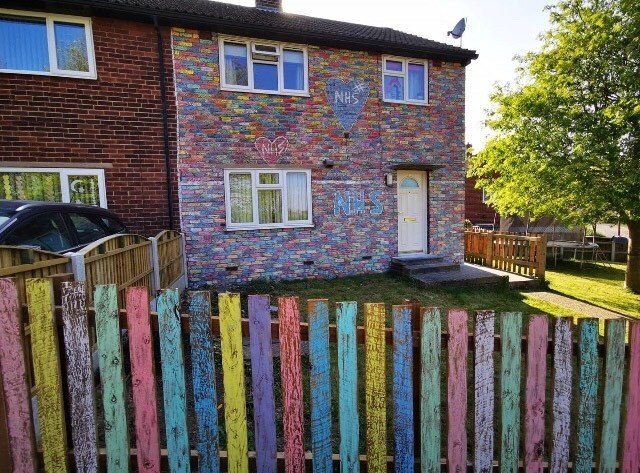 Lockdown has been difficult. Yorkshire, like everywhere, has been stress-tested. It has challenged us like never before. Yet, one close-knit village near Pontefract has responded by engendering community spirit.

Over the past few months, Ackworth has held street parties and bun sales, built a caterpillar trail in the woods and conducted weekly street bingo. In addition, one local resident painted a chalk house to praise the work of the National Health Service. Despite the physical distance between people, there has been a palpable sense of closeness within the community. Small acts of kindness have helped to lift people’s morale and made being in lockdown far easier.

Back in January, Oliver Stephenson, a four-year-old boy from the village, was diagnosed with neuroblastoma, a rare form of cancer that affects babies and young children. Having to endure the emotional implications of his cancer diagnosis, lockdown further restricted the family’s freedoms. Being unable to go out in the village, the uncertainty Oliver’s family felt was even greater. In desperate need of a US treatment, the family set out to raise funds. Despite the challenges this brought, the local village has been incredibly supportive in exceeding the family’s target of £230,000.

One imaginative fundraising method was for villagers to show off their creative flair in a scarecrow competition. From Boris Johnson to Wonder Woman, these handmade effigies in the area have been comical to say the least and have given the village a real lift.

Pre-lockdown, local singer Joe O’Brien was a regular feature at the several pubs across the village. During the crisis, he focused his musical talents on entertaining people at organised street parties. This has been a great way of lifting people’s spirits whilst still staying safe. In his spare time, he’s also been doing charity runs for Oliver, effectively becoming a local ‘hero’.

In a recent BBC Look North interview, Oliver’s parents praised the efforts of residents as they had been overwhelmed by the response. “It means the world”, said Laura Stephenson, Oliver’s mum. “Just, thank you to everybody”, Oliver’s dad added. The family also hope to support others dealing with neuroblastoma by donating any remaining funds they have left.

In the wider community, an Ackworth Covid-19 response team was set up to offer practical support to residents. Headed up by existing community groups such as Ackworth Churches Together and the Ackworth Parish Council, a Facebook page was set up to keep villagers informed. They also put together a list of local contacts so villagers could access services such as food supplies and emotional support.

The response team has further complemented the existing communication in the village to share updates and positive news. The Facebook group ‘Ackworth, live it and love it’ had already been a firm fixture in people’s lives prior to lockdown.

Shoppers in the local coop have been regularly donating food to the response team’s collection box. All of the food that’s been collected for the food bank has in turn been distributed to the most vulnerable in the village and the Covid-19 response team has thanked local residents via the Facebook page, for continually going the extra mile to support others.

As lockdown has gradually been eased, villagers have created a Covid-19 snake to commemorate this strange time. Formed out of rocks that villagers had painted, the ‘Ackworth Rocks’ group put together a large display in the shape of a snake. The local council also supported the project and are currently in the process of tidying it up further by planting grass seeds around it.

“Our snake tells a powerful story of dark days and uncertain futures, and how our fantastic village came together to create a memory that is bright and beautiful!” said Karren Bennett, one of the organisers of Ackworth Rocks.

Clearly, this community spirit is a trend across Yorkshire. In Leeds, Val Hewison, the chief executive of Careers Leeds praised the way local communities had responded to lockdown. “I have never before felt so really proud of a city coming together to support people”, she said back in March. People have rallied around each other during some of the most challenging times, proving that coronavirus isn’t capable of stopping kind heartened actions.

In Birstall recently, the Cobbles Café delivered food parcels to those struggling during with isolation. According to Orla McAndrew, a local student:

“People’s finances have really been stretched and many haven’t had the ability to get out to the shops. Community volunteers who have offered their time to selflessly help others have therefore acted as beacons of hope and been a lifeline for many.”

As Yorkshire, and the rest of the UK, tries to emerge from lockdown, there seems to be a sense that people are keen to share the same values of kindness and good will and not to abandon them as soon as the crisis is felt to have passed.

There’s no ‘I’ in the real dream

A first year undergraduate student at the University of Nottingham and News Editor of Impact Magazine. Lauren is also the Co-Founder / Editor of Empoword Journalism and has bylines in the Meridian Magazine and Youth Politics UK.