There is a growing sense of disbelief at the revelation by Chancellor Rishi Sunak last week that the government has approved £15bn in 2020 for PPE to protect frontline staff during the coronavirus pandemic. 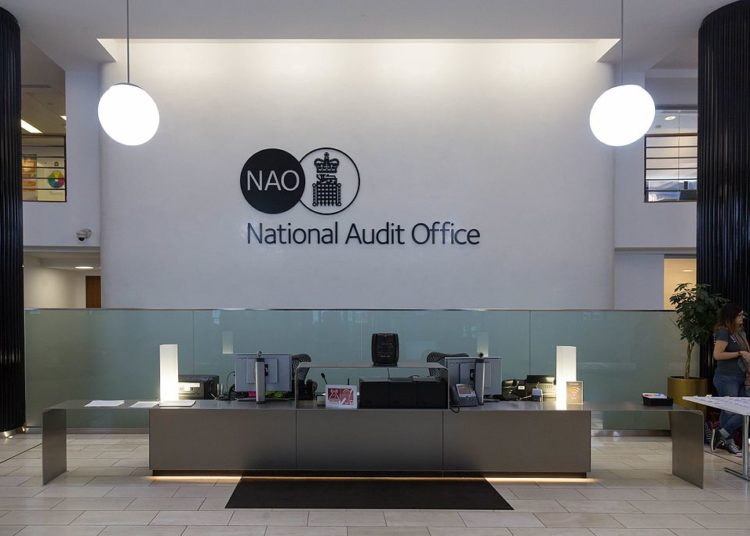 There is a growing sense of disbelief at the revelation by Chancellor Rishi Sunak last week that the government has approved £15bn in 2020 for PPE to protect frontline staff during the coronavirus pandemic. Nobody begrudges health workers being provided with the right PPE to keep them and the patients they are treating safe of course. But there was a sharp intake of breath at the sheer scale of the spending.

When Jolyon Maugham QC started legal proceedings against the government and wrote the first pre-action protocol letter on 10 June, one of the summary of facts highlighted was that the government had given 100 contracts for the supply of PPE equipment at a total value of £350m and that Pest Fix Ltd, a small company in Littlehampton, had received almost a third of that total.

The £350m figure apparently came from research conducted by Tussell, a company specialising in data on government purchasing contracts. We now know this was a massive underestimate – Yorkshire Bylines revealed that almost £1bn had been spent on single-bidder contracts alone by the end of May. It reveals how little was known about the sheer scale of the PPE cost and the amount being spent, even by those close to government purchasing.

And yet the National Audit Office on 21 May had already published an overview of the UK government’s response to the Covid-19 pandemic and buried deep inside (at the foot of page 15, there for all to see) was the estimated cost at that time for PPE “for the remainder of the crisis” which was £4 billion. Presumably this was for the rest of the year at the very least.

The NAO figure came from the Department of Health and Social Care and the Ministry of Housing Communities and Local Government who are the lead departments.

I imagine if Maugham had known of the £4bn it would have cast the £108m Pest Fix order in a different light. It was not for a third of all the PPE but barely 2.5 per cent of the figure – as it was at the time.

When the government legal department responded to Maugham on 1 July, they said the Pest Fix order was actually one of 600 “concluded with almost 200 different suppliers; these range in value from under £1 million to over £100 million, amounting to some £5.5 billion in total”. The figure must have come as shock to Maugham. It seemed an unimaginable amount of money for plastic gloves, gowns, face masks and the like. But even this was only a fraction of the planned spend.

Rishi Sunak released figures on Wednesday to coincide with his economic update to the House of Commons. There was stunned amazement to find the amount of money “approved” by the Treasury for PPE was actually £15bn. This may not yet have been spent but it’s the total expected to be spent and, I assume, relates to the £4bn anticipated by the NAO in May for “the remainder of the crisis.” But there is an apparent £11bn discrepancy.

How could the government have got the estimates so wrong between May and July?

Bear in mind £15bn is more than the running costs in 2020–21 for the three great offices of state: the Home Office, the Treasury and the Foreign and Commonwealth Office. The Department of Trade could also be included and the total would still be under £15bn.

Allyson Pollock, who describes herself as an academic, public health doctor, and leading authority on PFI and the implications of market mechanisms and privatisation of public services, tweeted:

Scandalous expenditure. Treasury reports 10 billion spent on private contracts for test and trace system that still doesn’t work. most of the work is being done by public sector public health teams. 15 billion on PPE. All These contracts must be published. @IndependentSage

Paul Johnson, director at the staunchly independent and highly respected Institute of Fiscal Studies, was as shocked as anyone that nearly a third of the additional support for public services announced by Sunak at £49bn was being spent on PPE:

An awful lot.. I still can’t quite process this as a sum you could spend on PPE. Not far off entire social care budget for a year. https://t.co/YQxANcT2In

George Parker by the way is the political editor of the Financial Times. Replying to Paul Johnson’s incredulous tweet, Max Tse, Executive director of the National Audit Office, posted a link to the work already done by his office in May and indicating that more was being planned to analyse the preparedness and the response of the government to supplying PPE during the height of the crisis.

The report is due in the autumn.  The NAO website says:

“In our report Overview of the UK government’s response to the COVID-19 pandemic we signalled an intention to report on how government has managed risks created by its response to the crisis, including with respect to procurement and supply chains for items such as PPE.”

The report will consider how PPE was supplied to NHS and social care organisations before the Covid-19 pandemic started, and what the government did between the pandemic emerging in other countries and arriving in the UK, to prepare for the provision of PPE in the NHS and social care.

The NAO also wants to know how the government responded when shortages arose in the supply of PPE and the scale of the problems they encountered.

One of the aspects that the NAO will perhaps be examining is what the impact on costs would have been if the UK had participated in the EU joint procurement scheme, which we had ample opportunity to do – according to the Guardian in April. By a strange coincidence, the Guardian’s report was published on the day the Pest Fix contract for £32m was placed.

Did staying out of the EU PPE scheme cost Britain billions? If the EU was placing big orders it may have had the effect of creating shortages which affected Britain’s supply chains and forced prices up. No doubt this is something the NAO will look at.

We do not know how the EU scheme performed or what other countries spent on PPE.

Before we jump to any conclusions it’s worth noting that Irish newspapers were reporting in May that Ireland planned to spend €1bn (£890m) on PPE in 2020 for their own health service. Ireland’s population is around five million compared with the UK’s 67 million. Pro-rata this would mean the UK spending on PPE would be about £12bn, not hugely different to the £15 billion we are actually budgeting for.