What makes human beings particularly angry is the perception that they are being parted from their loved ones. 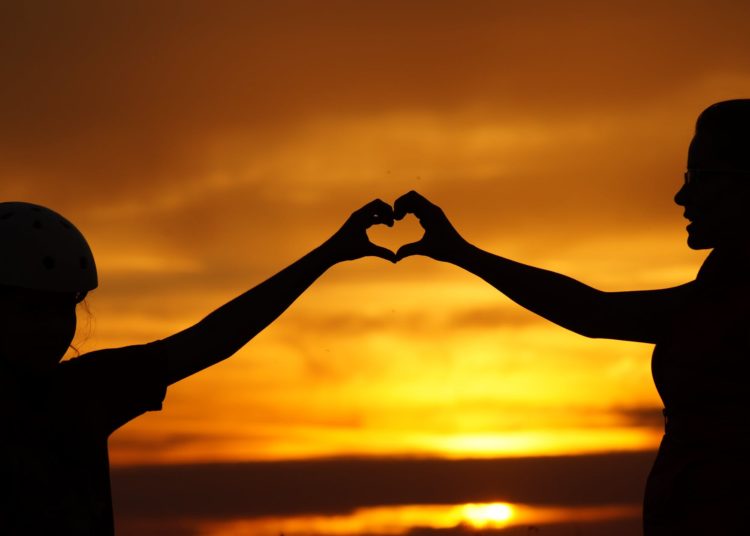 Many, many words have been written and broadcast about the confusing nature of the government’s Covid-19 regulations, probably most succinctly and amusingly summed up by Matt Lucas in his introduction to The Great British Bake Off 2020.

People are confused and many are angered by the constantly changing and hard-to-follow regulations for different areas, and the government’s tendency to ignore the failings of part of the infrastructure that was presumed to be working properly when the regulations were conceived – testing. But what makes human beings particularly angry is the perception that they are being parted from their loved ones, while being used as profit-machines within an uncaring economy.

Beyond the increasingly tangled muddle of Covid-19 regulations, it is past time to focus on what human beings actually are, as organic creatures, and how badly the government has understood this in its attempts to create social policy. And this doesn’t actually start with the jumble of Covid-19 policies, but is a continuation of the ways in which social policy has been constructed for the last 40 years, since the election of the first Thatcher government in 1979.

Human beings are, at base, a linguistic social primate. In comparison to many other mammals, they are small and weak. But they do have two huge advantages: the ability to communicate with each other in a language that can convey highly complex information, and to create technology that allows them to go far beyond their physical capacities, for example to create light in darkness, to create comfortable shelters, and to travel at incredible speeds. As time has passed, human society has created intricate social conventions, one of which is the current international economy.

But there are some fundamental features of human nature that hark back to the creatures from which homo sapiens evolved. Much of this is rooted to human relationships between family members through bonding and attachment and, particularly for young people, through socialisation within a peer group.

It is this facet of human nature that has been ignored within the tangle of Covid-19 regulations, just as it was ignored by the Thatcher government as it began to reconfigure the economy in the 1980s. During that decade, the societal devastation of much of the UK was treated by the government as collateral damage, both in terms of the devastation of swathes of British industry that plunged some areas of the country into poverty, and property speculation in more prosperous areas that priced communities out of their local housing market.

Moving forward to 2020, the transition of thousands of 18-year-olds all over the country into cramped, communal accommodation created a rapid spread of covid around student halls. Young people, already unsettled by uncertainty around their A-level results, have become further disillusioned – imprisoned with a group of relative strangers, unable to visit their families and told to access tuition online. And it is not as if the government didn’t have fair warning that this would happen.

It seems the economic desire to collect university and accommodation fees was what underpinned the decision to bring students back to university campuses. This is despite the fact that these young people and their families would have experienced much less stress, both emotional and financial, if they had spent the winter at home, accessing their tuition online. Although they might still have mixed with friends of course (as they did throughout the summer), they would not have been placed in a situation where their buildings have become centres to which covid, from across the UK and beyond, has been imported.

Meanwhile, the whole population – at least, those not already in local lockdown – is expected to accept a situation in which they are encouraged to travel to work, on public transport if necessary, and mix with potentially hundreds of strangers in their workplace, while accepting that they may at any time be prevented from associating with their friends and family. There are many other examples of this in the operationalisation of government policy, one of the most poignant being played out in this heartrending video clip, where adult children at a funeral are ordered not to sit close to their grieving mother.

In order to understand why we are living in a looking glass situation such as this, we have to go back to the policies introduced by Margaret Thatcher. This is an ideology to which the current Conservative government subscribes, based on a fundamental misunderstanding of human nature. And the result has been a dysfunctional society.

In an interview with the Sunday Times in May 1981, Thatcher proposed that “Economics are the method; the object is to change the heart and soul”. Nearly 40 years later, we are experiencing the consequences of an unsurprising failure to rip away an evolved social and collaborative human psychology, revealed in the population’s general dissatisfaction with the Covid-19 policies created by the Johnson government, increasingly reported even in generally loyal Tory media.

We are being asked to inhabit a hall of distorted mirrors in which our humanity is subservient to the economy rather than the other way around, a society that was already being satirically predicted in the early days of the Thatcher government. Of course, economic prosperity is important to human beings. But the majority of us are not prepared to sacrifice our personal relationships to it.

Some measures taken to boost the economy over the summer months may well come to be seen in retrospect as poorly thought-out and reckless, where quick gains for the economy were chased, regardless of the potential impact on people. Consider for example ‘eat out to help out.’ Wouldn’t a more human-friendly culture have encouraged the hospitality industry to think about switching to the provision of take away food and drink in outdoor arenas, equipped with awnings to provide shelter in poor weather? And if people wrapped up warmly enough, this could have extended into the colder months. Our perspectives are likely to change when we are placed in a more human-oriented culture that considers people, and not profit, first.

But given that we have been living in an ‘economy first’ culture for forty years – half a human lifetime – it is perhaps not surprising that we now find ourselves in this situation. So maybe now we should take stock of where we are, as a society. Surely, we cannot let ourselves be outmanoeuvred by a virus simply because it cannot be manipulated to fit into the Thatcherite cycle of work and consumption? Covid-19 has highlighted the extent to which we have been beguiled by materialism to forget who we are, where we came from, and what is most important to us, as the human primates that we are.