In October last year, councillors rejected the private firm’s plans, despite them being pre-approved by planning officers. Conservative councillor for Adel and Wharfedale, Barry Anderson, sits on the South and West plans panel. 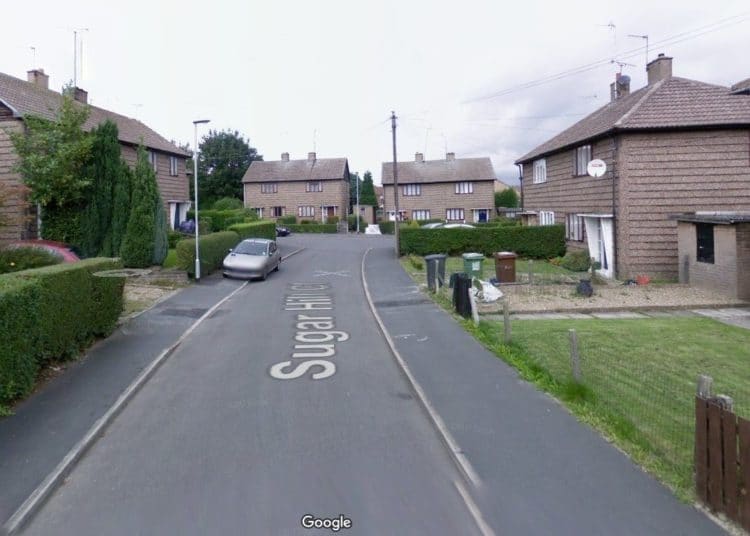 Residents at a privately owned social housing estate near Leeds are fighting to save their community from an investment firm that has plans to demolish residents’ homes in favour of “executive, expensive housing”.

Pemberstone has owned the estate for more than 20 years. It submitted an original planning application in October 2017 as it considers the homes to be past their lifespan. Most of the houses in the area are Airey-style prefab homes, built by the National Coal Board in the 1950s to house miners and their families.

When the plans were revealed, the 70-home estate began a fight that would see them gather the support of hundreds of local residents and organisations. There are more than 200 documents attached to the planning application published on Leeds City Council’s website. Of those, more than 170 are objections from residents, local people, the local Labour Party branch, the National Union of Mineworkers, and Acorn tenants union.

In October last year, councillors rejected the private firm’s plans, despite them being pre-approved by planning officers. Conservative councillor for Adel and Wharfedale, Barry Anderson, sits on the South and West plans panel. He explained that part of the council’s reason for rejecting the application was concern that breaking up the community would affect social cohesion. In addition, the council recently declared a climate emergency.

“So there was also some discussion about whether it would be more energy efficient to upgrade the homes, or knock them down and build entirely new ones. Pemberstone didn’t exactly cover themselves in glory the way they answered questions the first time around, my preference would have been that it wouldn’t have been brought back to the planning panel so quickly.”

Cindy Readman is chair of the residents’ committee for Wordsworth Drive and Sugar Hill Close, and described her shock and delight at the plans being rejected. But the relief was short lived as Pemberstone launched an appeal in April this year against the council’s decision, which will be heard next month.

The community is obviously concerned about the outcome and Readman has been told it could take up to 99 weeks to be rehoused. Leeds City Council confirmed the average waiting time for applicants on Band A requiring a three bedroom house in the Rothwell housing management area was 99 weeks for 2019/20, and there are approximately 24,000 applicants on the list.

Pemberstone insists their plans will “create modern, comfortable and highly energy-efficient homes that not only meet the planning standards but exceed them in many respects – such as in terms of accessibility and space”.

The company said: “At present, 14 houses are vacant and a further 11 enjoy old-style protected tenancies which entitle them to be rehoused. Of the remainder, only 16 tenants have been in occupation for five years or more … As submitted, the application would provide new homes for the 11 protected tenants and also create a further 11 new housing association homes, which Leeds City Council has the power to specify should be let to the longest-term existing tenants through a local lettings policy”.

Readman is also concerned that Pemberstone’s legal team has insisted on a remote hearing, rather than delaying it so it can be held in person once it is safe to do so. There’s a feeling that this is a tactic employed to minimise the residents’ ability to put forward their case.

However, Labour Leeds City Councillor for Hunslet and Riverside, Paul Wray, assured residents that this would not be the case: “Virtual meetings will still offer a chance for all sides to speak, and in a sense there is greater scrutiny because they are broadcast to the public, so there is pressure there.”

The council has drafted in an external planning consultant, John Brooks, to defend the council’s decision on their behalf, while Readman and the community are also trying to raise £25,000 for their own legal team.

Eileen Short, chair of the campaign group Defend Council Housing said: “The tenants at Wordsworth Drive and Sugar Hill Close are rightly fighting for their lives. If Pemberstone wins this appeal to bulldoze the estate, as private tenants with few rights, these 70 households will be scattered to the winds, forced into temporary homeless accommodation or scrabbling for expensive private renting”.

Short praised the resilience of the community so far, and called for people to get behind the campaign to save the estate and the off the appeal threat. She added:

“All over Britain estates are threatened with demolition or redevelopment, and secure tenancies with lower rents are being swept away. The replacement homes for market sale or rent, the so-called ‘affordable’ up to 80 percent market rents, and the rest, force people to the bread line and precarious living. It’s why we demand investment in good quality council homes, with secure tenancies, lower rents and a landlord we can hold to account.”

Stephen is a full-time journalist with several years' experience in local, national and trade press. His main interests are UK politics, trade and foreign policy. Stephen is a northerner currently living and working in London.