History and heritage in Yorkshire is profound: Ferrybridge has chariot burials, neolithic henges, and impressive architecture. 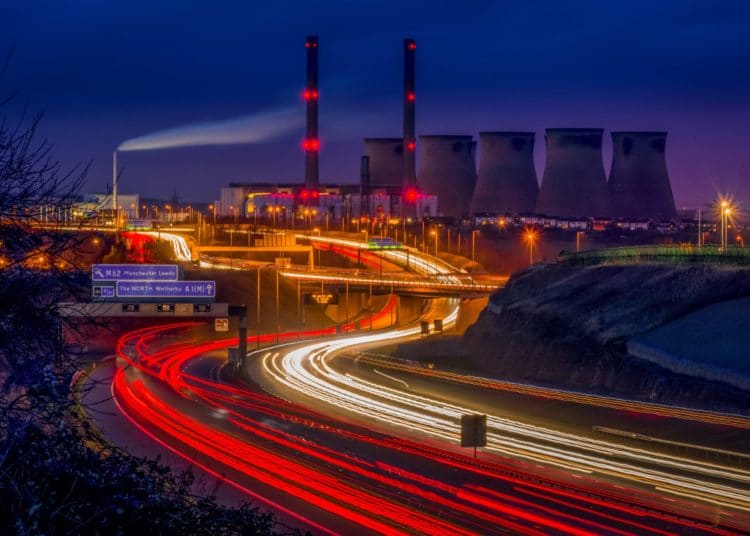 It is so easy for a place to be defined by one thing, almost to the exclusion of everything else, be that an action, a building, or its people. Ask anyone about the village of Ferrybridge, sitting a stone’s throw from where I am sat writing this article, and they will reply “oh, that’s the place with the power stations”, or even worse, “it’s a motorway service station”.

In truth, the iconic cooling towers dominated the local skyline for decades. And probably more importantly, the power stations themselves and the collieries who serviced them, were a major source of employment and a large contributor to the local economy.

The history of Ferrybridge, Yorkshire

To concentrate on the power stations though, is to ignore a long and fascinating history and heritage stretching back over many millennia.

Situated by the River Aire, there has been human activity in and around Ferrybridge for over five thousand years. A site of national interest located in fields near the A1(M) includes a Neolithic henge, a prehistoric enclosure and two round barrows. The henge is a rare early example of its type with construction commencing around 3,000 BC.

Sitting in ‘a complex multi-period landscape’ the archaeological evidence suggests that the site, a scheduled monument, was in use throughout the Bronze, Iron, and late Roman periods.

Discovery of an ancient chariot burial

One of the most exciting heritage happenings in the area though, was the discovery in 2004 of a rare 2,000-year-old chariot burial. It was found during construction work on the A1 road.

Unusually for Yorkshire, the chariot was found complete with its wheels upright in the ground – only the second such burial found in Britain. It is the westernmost example of a type better known from the Arras Culture of the Yorkshire Wolds. Thousands of cattle bones dating from a period of several hundred years, were also found at the site.

This indicates that people had visited the important monument for centuries after the burial. The discovery caused something of a local frenzy amongst the nearby towns and villages with both Ferrybridge and Castleford claiming the find as their own. In the end it was eventually called the Ferry Fryston chariot, no doubt to keep the peace. The remains of the chariot can be seen at Castleford Museum.

Development of Ferrybridge since the Anglo-Saxon times

The development of Ferrybridge as a settlement really dates to Anglo-Saxon times. Its importance over the last millennium, however, has centred on its position on the Great North Road and as a strategic crossing point over the River Aire.

In 1198, a bridge was built over the river. According to the Close Rolls of April 1228, the bridge collapsed that year resulting in the drowning of several crusaders/pilgrims. It was not until the late 14th century that the bridge was re-built with seven pillars and a chantry chapel at one end. It was damaged again around the time of the Battle of Ferrybridge (Wars of the Roses), hours before the Battle of Towton, reputedly the bloodiest battle ever fought on British soil.

By the early 17th century, the village had developed into one of the country’s major coaching centres. The Angel, Greyhound, Swan, and other coaching inns served passengers, coachmen, and their horses on their way to York and Edinburgh amongst other locations.

A new bridge for Ferrybridge

By the end of the 18th century, traffic over the bridge increased significantly. Following a competition announced in the Leeds Mercury of 21 January 1797, the contract to build a new bridge was awarded to the acclaimed Horbury born architect John Carr. Bernard Hartley was appointed Surveyor and the bridge was finally opened in 1804. The current road bridge over the river at Ferrybridge was completed in 1967.

Over the last few years, the famous cooling towers at the Ferrybridge Power Station have begun to be demolished. Two valid questions are how well will it be remembered in the future? and what part will it play in the collective memory and heritage of the village?

The area has a long and proud industrial heritage, and it is right that it should be remembered and take its rightful place in the history of Ferrybridge but so also should the actions, people, and events of the last five thousand years.