In the first film, Bacary and Chiedu reveal what it was really like to grow up mixed race and black on council estates. 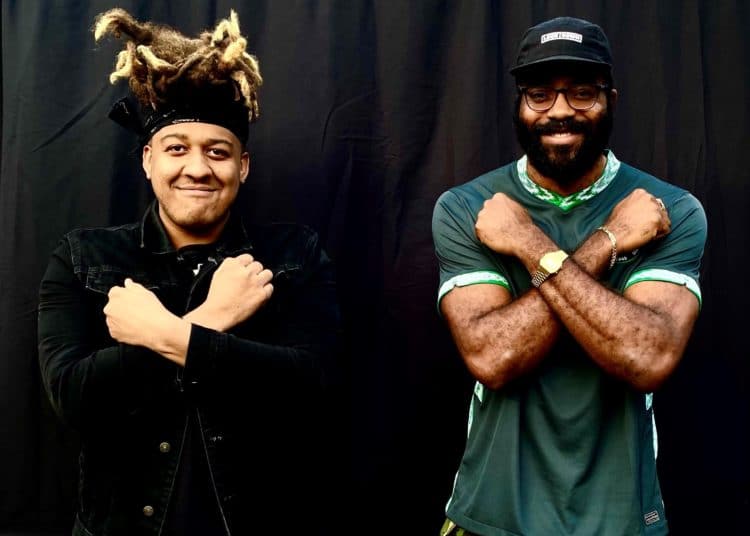 Back to Ours is releasing a hard-hitting four-part series of documentary films by two black musical artists from Kingston-upon-Hull, Yorkshire. The first episode is shared as part of Black History Month 2020.

Written, directed and presented by Bacary Mundoba, lead singer with Afro-codhead-skank crossover band Bud Sugar, and Chiedu Oraka, grime-influenced rapper and MC with the Lockdown collective, Black Kings upon Hull is a no-holds-barred insight into their black British experience.

Although both are making waves as musicians, poets and artists outside their home city, their identities are far removed from the ‘traditional’ black British narrative – outside, that is, London, Birmingham and other major UK cities.

In the first film, Bacary and Chiedu reveal what it was really like to grow up mixed race and black on council estates at different ends of their northern home city, as “a product of the working class”, a “product of African heritage” and a “product of Britain”.

Both grew up with strong single mothers and few or, in Chiedu’s case no, black peers.

Both experienced racism – of the deliberate and the unthinking varieties – on a daily basis in the city that proudly and publicly honours its famous slavery abolitionist son, William Wilberforce. Both have grown up with the fallout of systemic racism and the knowledge that, 22 years after his death in custody on the floor of a Hull police station, the family of black ex-paratrooper Christopher Alder is still fighting for justice. These are their stories.

The soundtrack to the film is by Bacary’s band Bud Sugar (including the new single, due for release in November 2020, Afro Codhead Skank) and Chiedu Oraka and long-time collaborator and producer Deezkid, whose tracks include North Hull Estate and Men Behaving Badly.

“The Black Kings upon Hull film series is about generating conversation and giving something unexpected – it’s about trying to bring people together, and point out that there are more similarities than differences. We want people to see the black experience outside of your most popular destinations, not one that’s centred around London, around street culture. Often, what is presented is the white perception of what it means to be black – where you’re supposed to live, how you’re supposed to talk, what your musical style is supposed to be. Our skin colour isn’t the be all and end all to our story”.

“Hull is meant to be William Wilberforce’s city. We still meet people who don’t expect black people to be from Hull, or from Yorkshire. We’re talking about some real sensitive issues in these documentaries. We’re offering up our personal lives for the sake of other people’s learning. We’re telling you about our childhoods and stuff we’ve dealt with. Being black and British is not one homogenous thing, it’s a multifaceted situation, so by sharing the unique Hull experience, we’re giving more information overall.”

Louise Yates, director of Back to Ours, said: “The Black Kings upon Hull documentary film series shares an important message about the diversity of the black British experience that none of us should ignore. At Back to Ours, we’ve had the pleasure of working with Bacary and Bud Sugar, and Chiedu and the Lockdown collective many times before – to sold-out crowds at live gigs and in ground-breaking artistic works. I’m very proud of these films and of Bacary and Chiedu for opening up these vital conversations about what it means to be black, Yorkshire and working class. Watch out also for a guest appearance from Chiedu’s mum, whose powerful words speak volumes about the struggles her family has faced.”

Part 1 of the four-part documentary film series launched Thursday 22 October, through the Facebook and YouTube channels of Back to Ours, Hull’s Arts Council-funded Creative People and Places project, which was developed via Hull UK City of Culture 2017. Part of Black History Month 2020.

In Part 2 of Black Kings upon Hull in November 2020, Bacary and Chiedu report on the Black Lives Matter protests and offer a remembrance of Christopher Alder, the black ex-paratrooper who died in police custody in Hull’s Queen’s Gardens police station in 1998. This episode will include an exclusive interview with Christopher’s sister, Janet Alder, who continues to campaign for justice. Christopher Alder’s story has been made into a play, and is now to become a film, with Richard Blackwood playing Christopher on stage and screen.

Parts 3 and 4 will feature investigations into the black experience in UK schools and black musicians’ perspectives on the music industry.

About Back to Ours

Back to Ours has brought shows from all around to world to venues across the city, right on people’s doorsteps in the heart of neighbourhoods. One of 30 Creative People and Places Projects across the UK, they’re all about removing barriers to the arts and giving people opportunities to access cultural experiences. Back to Ours is funded by Arts Council England, the National Lottery Community Fun and Esmée Fairbairn Foundation, managed by Goodwin Development Trust, and supported by Absolutely Cultured, Freedom Festival Arts Trust and Hull Culture and Leisure.

Read more about the Big Back to Ours Lockdown Story HERE