The impact of coronavirus on people in the UK has been very uneven. 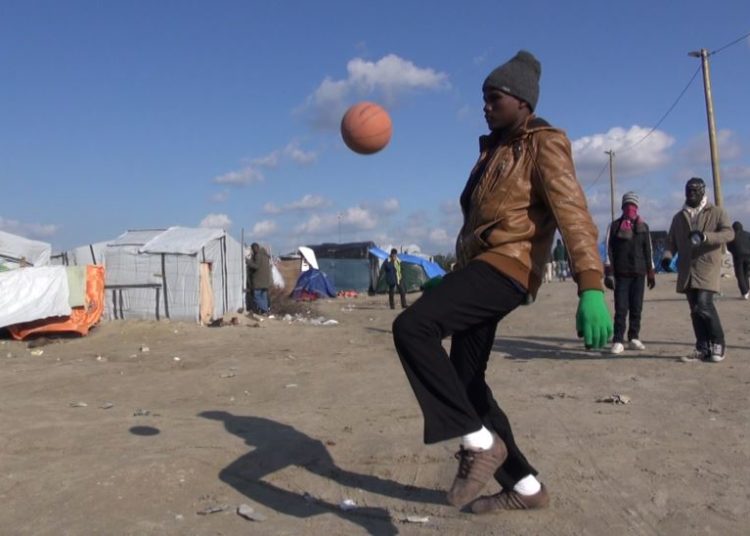 We know that men, people who are black, Asian or minority ethnic, and those with underlying health problems or who are older, are at risk of severe illness and death. People living in the most deprived communities have been hit hardest. The middle-aged and middle-class, the group most likely to be able to work from home and who have larger houses with gardens, have found the lockdown easier to manage than younger and poorer people in jobs where it is harder to physically distance. The Mental Health Foundation has found that during the pandemic 44 per cent of 18–24 year olds were suffering from loneliness, compared with 24 per cent of the population, overall.

Single refugees in the UK are predominantly male, from an ethnic minority, living in over-crowded conditions without access to open space in a deprived area and are unable to work. Unsurprisingly, they are at considerable risk from the virus and they fear it. In Psychology Today on 16 April Lopsang Rapgay described the impact of fear on people’s lives: “People try to manage their fear by totally isolating themselves from the outside world, engaging in obsessive cleaning, self-protective behavior, and constant catastrophic thoughts. They tend to seek all sorts of medical help while ignoring necessary healthy behaviors such as eating healthy food, exercising, and maintaining interpersonal relationships. Research shows that such avoidance of threat not only increases fear but makes it more challenging to deal with it.”

Many refugees’ fear of coronavirus initially derived from lack of information. They did not understand its nature, how it was transmitted and how the measures to reduce its spread would prevent its transmission. Some did not know the extent to which it was ‘out there’ in the air or on surfaces and the risks (or lack of) that this implied. They knew it could be fatal and many knew someone who had died from it. Coronavirus was a big ‘thing’ of which they were fearful but without access to good information in their own language, many lacked compensating knowledge which might have given greater control over how they handled the risks.

The nature of lockdown with its narrow range of permissions but exhortation to go out for exercise is also difficult to comprehend. Without a good command of English or access to knowledgeable help in their own language, refugees struggle to understand the importance of exercise and sunlight for health, both mental and physical, and why it was best to try and get out at least once a day. Vitamin D, absorbed through the skin from sunlight, is essential for healthy living and is a protective factor against coronavirus. People with darker skin are less able to absorb the vitamin and given the low levels of sunlight in the UK, this has led to higher levels of vitamin D deficiency amongst ethnic minorities.

For many, an empty street is not an opportunity to hear the birds, enjoy the peace or marvel at returning wildlife but a source of fear. Empty streets, especially streets empty of women and children, may be reminiscent of the lockdowns and curfews ordered by the military or terrorist regimes from which they have fled. Even when rational thought overcomes fears associated with civil war, the uncertain status of refugees in the UK makes them wary of drawing attention to themselves or being ‘out of place’. Lacking the ability to properly account for being outside because of an incomplete understanding of the rules, sparks fears that the ‘authorities’ might either arrest them or block their asylum claim for any minor infringement of the rules.

For those seeking asylum, their future and safety is in the hands of the UK government’s ‘hostile environment’ immigration system. Even prior to coronavirus, the amount of time a person might be ‘in the system’ was extremely lengthy. In 2019, the Home Office abandoned its six-month target for dealing with asylum claims and since then the length of time has increased. The Home Office has communicated poorly about what is happening in respect of claims during this crisis. Appointments with officials have been cancelled at short notice with no explanation and with no alternative date offered. It is likely that asylum claims may take years now to conclude. Films such as the recently broadcast ‘Sitting in Limbo’ (and now available BBC iPlayer) have revealed the extent to which this wait in an increasingly ‘hostile environment’ is mentally and physically destructive.

It is not just one aspect of the current coronavirus pandemic that is debilitating; it is the “layers and layers of different things going on in their lives” that cumulatively lead to fear and anxiety. A common response amongst all the refugees, but particularly the young single males, was to stay at home – all the time, a message they could understand. Many did not venture beyond their front doors unless they had to go out and one young man did not leave his home, even to buy food for over three weeks. Easing lockdown will significantly improve the lives of many, even if it will be some time before normal life will resume.

Without access to a TV or newspapers, all information comes via mobile phones. In large shared accommodation, although a Wi-Fi connection may be available it is usually “terrible, dropping out all the time”. With only £37.75 per week to cover all expenditure, including food, data is an expensive resource to be hoarded for essential information and to communicate with families half way across the world. Voluntary organisations have made great efforts to provide simple information in a range of languages but it took time to recognise the need and then get it translated and disseminated. There is no substitute for a conversation in your own language when trying to understand a complex disease and how best to prevent infection.

Under lockdown, without a phone or data there is no news, no advice, no support, no family contact, no social interaction, no language classes, no games, films or fun – just blank walls.

Upper Wharfedale Refugee Support Group and BIASAN are working together to raise funds for the purchase of £10 phone cards. If you would like to help fund this scheme please get in touch with Richard Hargreaves at strand@hawkswick.net