We’ve been patient, as the numbers of disenfranchised voters have grown. We’ve watched from a distance as major decisions about the future of the UK have been made without our involvement. Decisions that affect us deeply. It’s time to give us the voice we’ve so long been promised, and in time for the next general election. Even if the government might not like what we have to say. 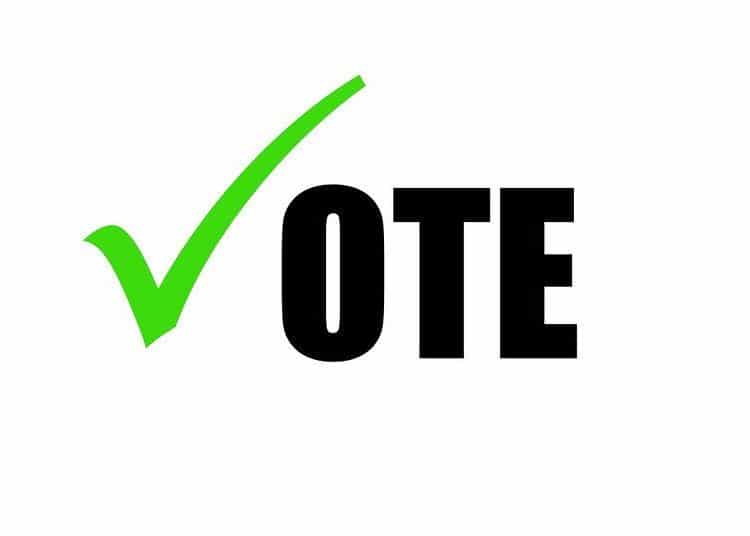 "Vote" by Alan Cleaver is licensed under CC BY 2.0

A new electoral integrity bill will form part of the Queen’s Speech this spring, according to the latest government announcement. The controversial proposals, requiring the production of photo ID when casting ballots, are due to be in force by the time of the local elections in 2023. The government claims the new measures will “strengthen the integrity of UK elections”, though campaigners disagree, claiming that millions will be prevented from exercising their democratic rights as a result.

Despite the supposed justification for the proposal, there’s no evidence to support the government’s claims of electoral fraud. In March 2020, the Electoral Commission reported that “there was no evidence of large-scale electoral fraud in 2019”. A total of 592 cases of alleged electoral fraud were investigated by the police that year, with only three leading to a conviction and one to a police caution.

The human rights campaign Liberty has condemned the plans as undemocratic and questioned the government’s justification for such action. Sam Grant, Liberty’s head of policies and campaigns said, “In a healthy democracy everyone should have the right to vote”. He described the introduction of mandatory voter ID as “a very real threat to this right”.

Chief executive of the Electoral Reform Society, Darren Hughes, warned that the new proposals would disadvantage “older voters, people of colour and those on low incomes”. Hughes went on to say that, “rather than pulling up the drawbridge to large groups of voters, ministers should deal with bringing in the nine million people who are missing from the electoral register”.

In the US since 2010, 12 states have passed laws requiring the production of photo ID when voting, or when applying to register online. A 2017 nationwide study confirmed that black, Asian and minority ethnic (BAME) communities were disproportionately affected and were more likely to suffer voter disenfranchisement as a result of tougher restrictions. It showed that the gaps between BAME and white voting numbers were significantly wider in states with stricter voter ID laws.

British citizens who have lived abroad for more than 15 years make up a significant portion of those ‘missing’ from the register. As part of the electoral integrity bill, the government has committed to restoring lost voting rights to millions of British citizens living overseas. Although much of what’s in the new bill is likely to reduce democratic participation, removing the 15-year rule would be a welcome move.

The restoration of British emigrants voting rights – like the voter ID proposal – is not a new idea, but one that formed part of the Conservative Party manifesto. However, the indefinite extension of voting rights for Britons abroad also appeared in the previous party manifesto. And the one before that. So, it’s little wonder that those long denied their democratic right to vote in UK elections are more than a little sceptical about current government promises being met.

After the 2015 general election, the government committed to scrapping the 15-year rule. A year later, this was followed by the publication of a policy document: ‘A democracy that works for everyone’. A further commitment to introduce ‘votes for life’ appeared in the 2017 manifesto, followed by the overseas voters bill 2017–2019 – a private members bill that never made it past the ‘report stage’ in parliament. I remember it well, as I watched from the House of Commons public gallery as the bill was ‘talked out’ by serial filibusterer and ERG member, Philip Davies, MP for Shipley.

Under the heading of ‘Protect our democracy’, this short mention appeared in the 2019 Conservative manifesto: “We will make it easier for British expats to vote in Parliamentary elections, and get rid of the arbitrary 15-year limit on their voting rights”.

In correspondence received from the Cabinet Office in 2020, the government recognised the connection Brits abroad have with their homeland. It said, “most British citizens overseas retain deep ties to the United Kingdom. Many still have family here, some will return here, others are drawing a British pension after a lifetime of hard work and some may have fought for our country”. I await, with interest a response to my, as yet unanswered, enquiries submitted this and last month.

Despite deep connections with ‘home’, many Brits abroad have no say in British matters. Thanks to Brexit, many have no democratic voting rights left anywhere. Our voices are silenced, our democratic rights denied, no matter how loud we might shout. Regardless of whether we choose to live in Margate or Madrid, we are still British, and decisions made in Westminster affect our lives.

To the public and politicians alike, Brits abroad are out of sight, out of mind. We made a decision to leave the country and we should live with the consequences, regardless of how strong our ties with the UK might be. The government, apparently, agrees with us – we should be able to vote regardless of where we lay our hat.

The right to vote is widely recognised as a fundamental human right. In the Universal Declaration of Human Rights (Article 21), it states that, “Everyone has the right to take part in the government of his country, directly or through freely chosen representatives”.

We will follow the progress of the new bill with interest, but with more than a little scepticism. Like many before us, we will hold on to the hope that this time will be different, despite the many disappointments of the past.

We’ve been patient, as the numbers of disenfranchised voters have grown. We’ve watched from a distance as major decisions about the future of the UK have been made without our involvement. Decisions that affect us deeply. It’s time to give us the voice we’ve so long been promised, and in time for the next general election. Even if the government might not like what we have to say.

Slaying the five giants: time for a new Beveridge